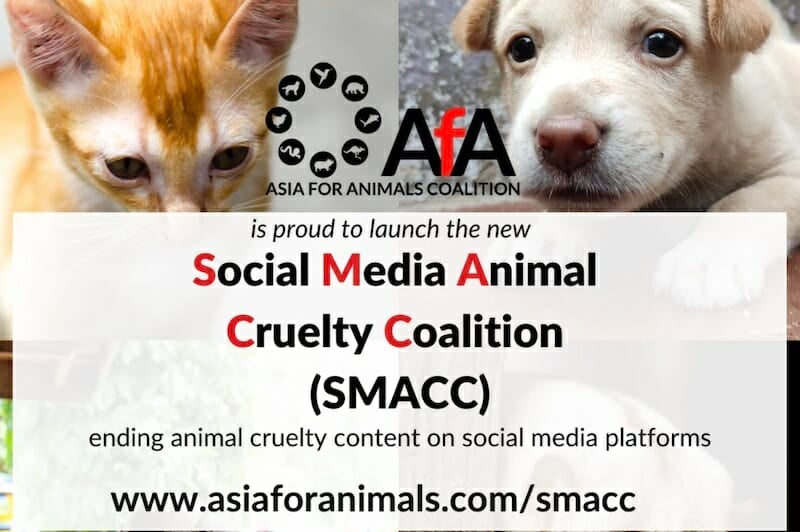 An LFT investigative report last year uncovered more than 2,000 brutal videos posted to YouTube — including references to illegal dogfighting, monkeys chained up in cruel captivity, and fake “rescues” where puppies and kittens are attacked by snakes and other deadly creatures — that violated the company’s community standards, as well as U.S. and U.K. animal cruelty laws.

Animal cruelty videos also have proliferated on Facebook and Tiktok, from clips of people torturing captive wild monkeys and intentionally setting animals on fire to posing with wild animals or keeping wild animals illegally as pets.

But getting the video-sharing platforms to remove the videos — or even provide a response — has proven frustratingly difficult. That’s why numerous animal welfare groups have banded together to form the Social Media Animal Cruelty Coalition (SMACC) and bring an entire movement to the companies’ proverbial doorsteps.

“Lady Freethinker is excited to be a part of this international effort,” said LFT Founder Nina Jackel. “This campaign has the potential to finally end animal abuse for video views, sparing animals from needless suffering. Together, we can #SMACC animal cruelty off of social media”

The coalition recently launched its website, where animal champions can find information, petitions, and a public advice page with templates.