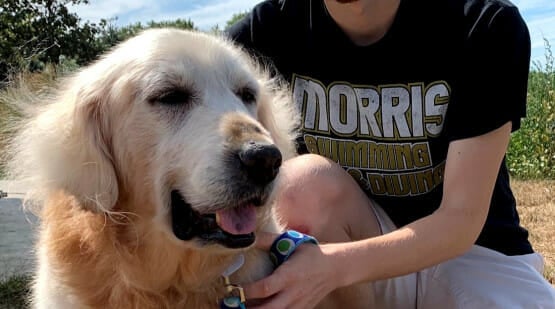 With help from his social media followers, a terminally ill senior dog named Theo recently started checking adventures off of his bucket list. He received the surprise of a lifetime when he reunited with a young man who, as a little boy, was the canine’s best friend.

The boy recognized his once-beloved canine companion when he went viral and appeared on television. And his new guardians, the Leech family, arranged for them to meet one last time. Theo recognized his old friend, giving the young man much-needed closure. 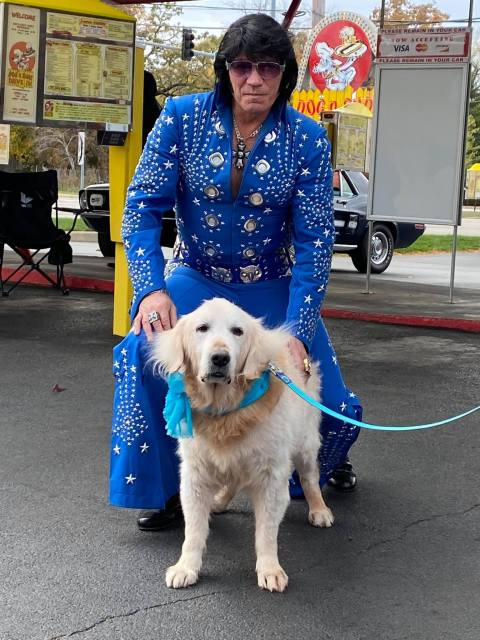 Lady Freethinker reported on Theo’s adventures in August when the Leech family started his ‘bucket list,’ sharing his outings on Facebook. Scores of social media users chimed in with their own bucket list ideas.

Since August, Theo has made several more great memories. He played with a pony dressed as a unicorn, celebrated a birthday party, met an Elvis impersonator, and hung out with his pals near the Scooby-Doo Mystery Machine. The Roaring Table Brewing Co. even named a beer after him called Theo’s Octopus, and he was sworn in as an honorary police K-9 with the Crystal Lake Police Department. 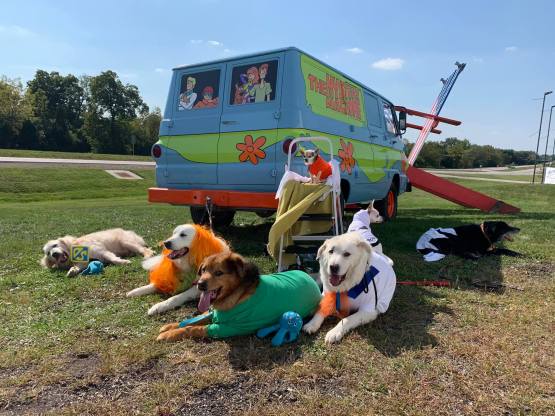 Theo’s current family understands that as his condition progresses, Theo may have to be put to sleep. But for now, this senior dog is living his life to the fullest.