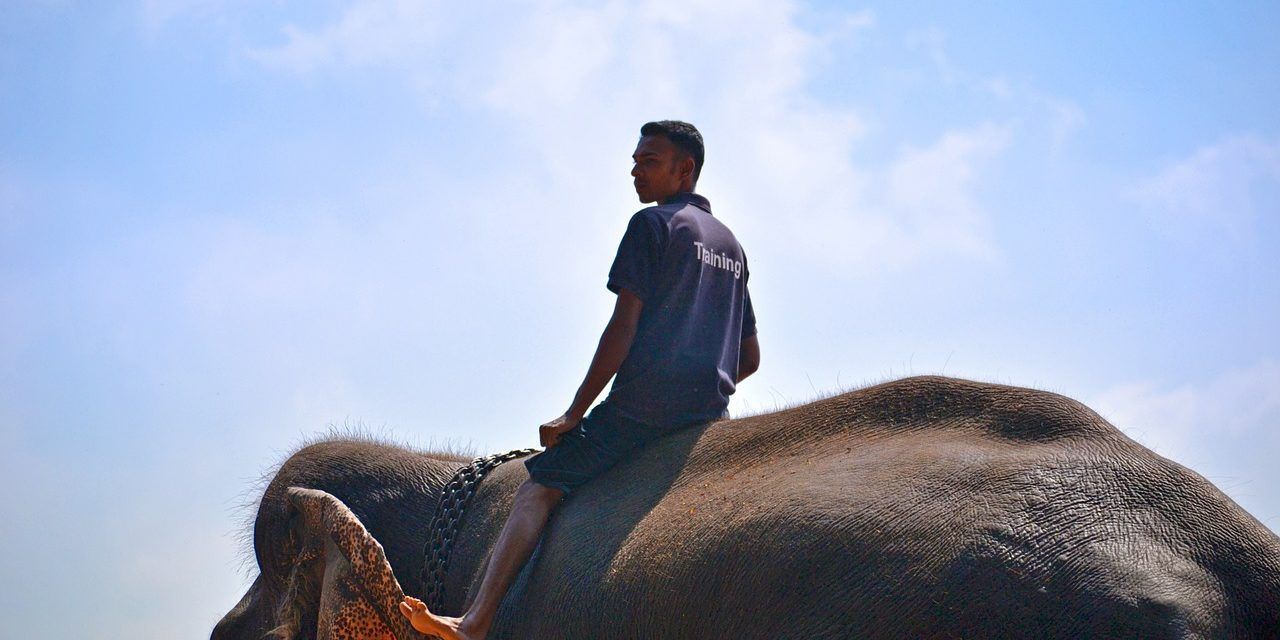 Picture by nuzree via Pixabay, CC0.

Tourists beware – yet another instance of animal cruelty was revealed when Save the Asian Elephant (STAE) published an undercover video of men “training” an elephant for India’s tourism industry. In the video, filmed in November 2017, the elephant is tied to a tree so it can’t escape. Three men surround the animal and beat him repeatedly with canes until he collapses. Even after he falls over, the men continue to hit the elephant, all for the benefit of vacationers.

A representative from STAE told Mail Online the men in the video hit elephants this way to train them and assert human dominance. In this case, the “trainers” in the video hit the elephant so forcefully that they broke his leg, as well as the sticks they used to inflict the beating.

“The whole of humanity is shamed by this depravity to an innocent creature and a highly endangered species,” the CEO of STAE told Mail Online. “It does all it can to obey yet the beating continues.”

*Shocking Video*: #Elephant has its leg BROKEN as workers ‘tame’ it during a beating to break the animal’s spirit for use in tourist attractions in #India . https://t.co/6Jx5W75IXx @stae_elephants in the @MailOnline today. #TTOT #STAE #AnimalWelfare #Elephants #UKCharityWeek

This is an all too common occurrence, as evidenced by countless reports of animal abuse in the tourism industry.

One study examining elephants in the tourism industry concluded that living conditions were deplorable in 75 percent of the cases. Elephants stand on concrete floors, which puts strain on their muscles, causing arthritis and foot injuries. They are kept in states of constant stress: chained, beaten, and torn from their families.

To make matters worse, increased tourism has upped the demand for elephants in the industry. As a result, the number of elephants in captivity has risen by 30 percent from 2010 to 2016.

The torture of this elephant is just one example of the merciless treatment of animals kept in captivity for tourism, and a reminder that ethical tourism requires research and caution. Although as animal lovers it’s tempting to visit exotic animals on your travels, keep in mind that what goes on behind the scenes is – almost always – far from cute and cuddly. Before booking your trip or interacting with animals on your vacation, make sure you aren’t unknowingly contributing to animal cruelty.

Growing awareness of the abuse involved in exploiting animals for tourism has prompted travel companies like Thomas Cook to stop selling tickets so such attractions, and Trip Advisor no longer books trips that bring tourists in contact with wild or endangered species. This is a heartwarming trend, and one we hope will catch on as instances of cruelty like this continue to be uncovered.