Report: Elephants Are Forced into Deplorable Conditions Just So People Can Sit on Them 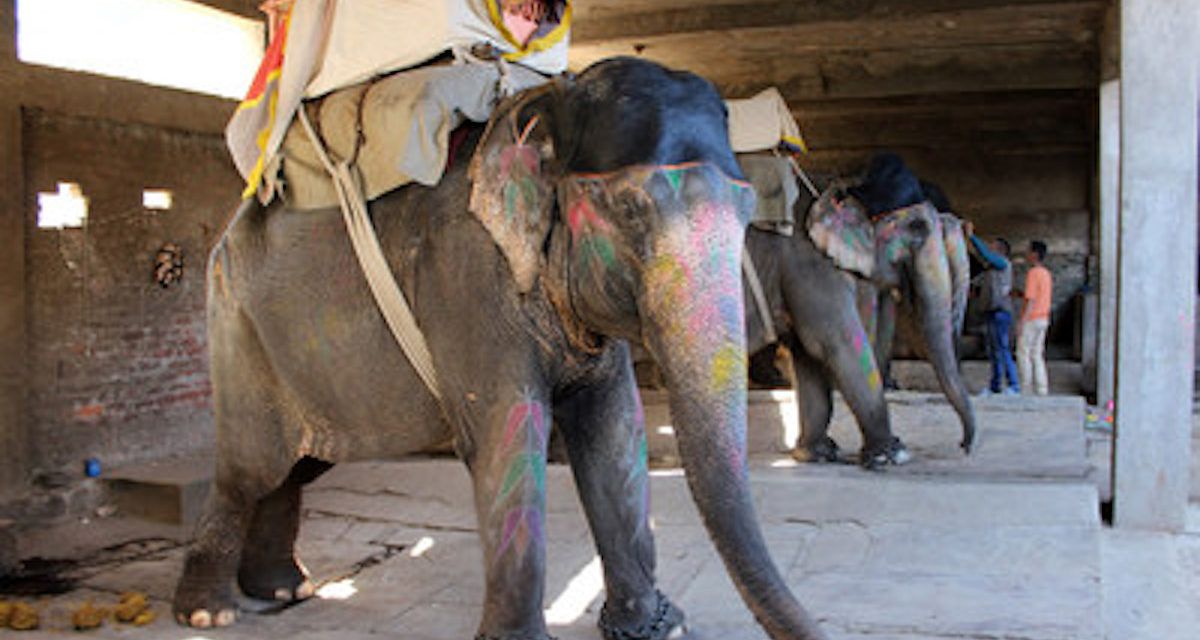 Riding an elephant looks fun, right? Sitting atop a giant pachyderm, trotting about —it’s a wholesome, harmless activity? A great way to commune with a member of another species?

Wrong. Unless you derive pleasure from the suffering of others, riding an elephant should be considered distinctly un-fun.

A new report adds to the already clear evidence that keeping elephants captive for tourism and rides is unethical. In the study, World Animal Protection (WAP) investigated conditions endured by elephants in Thailand, Sri Lanka, Nepal, India, Laos and Cambodia and found that over three quarters of elephants exploited as tourist attractions in Asia are kept in deplorable conditions.

“Elephant venues offering rides and shows have nothing to do with conservation – they bring extreme suffering to wild animals who are subjected to cruelty and are forced to live in appalling conditions,” WAP U.S. Oceans & Wildlife Campaign Manager Elizabeth Hogan told Lady Freethinker.

They are ripped from their families. Their spirits are systematically crushed through beatings (“training crush“) to prepare them for the rest of their lives serving as objects for human amusement. Then they are overworked, in numerous instances to the point of exhaustion and death.

Elephants are force to stand on concrete floors in stressful locations, with their movement severely restricted by short chains. They are denied proper nutrition and receive grossly insufficient veterinary care.

All so people can sit on them and take a photo.

Elephant tourist attractions are most prevalent in Thailand. Tourism there has doubled from 2010 to 2016, and there and there has been a corresponding 30% increase in the number of elephants held in captivity.

Thousands of visitors who may not know better are drawn to ride or view captive elephants daily, generating sizable profits all from exploiting elephants — animals that have been shown to live rich emotional lives and to be really, really smart.

“We want tourists to know that if you can ride, hug or have a selfie with a wild animal, then chances are the venue is cruel – don’t take part in these activities. Instead, seek out genuine sanctuaries or view wild animals responsibly in the wild,” said Hogan.