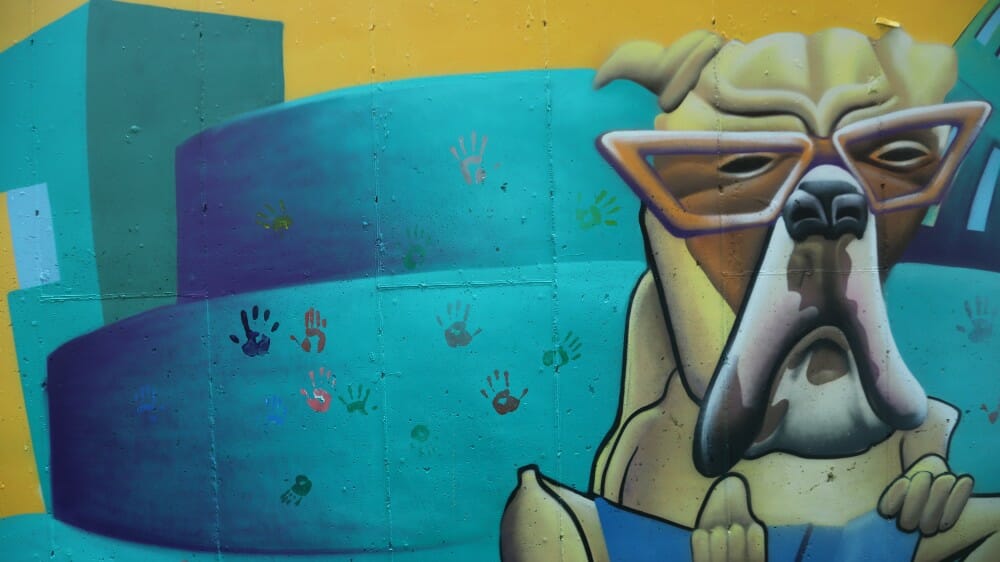 Studies have shown that between half and three-quarters of female survivors say their abusive partners had threatened to harm, or even kill, their pets as a way to try to control them. Other studies have shown that up to 48 percent of domestic violence victims choose to delay leaving an abusive situation if it causes them to leave their companion animal behind.

URI noted that survivors who can heal with their pets by their sides experience significant therapeutic benefits, including lower blood pressure, reduced anxiety, and a greater sense of normalcy. But less than 10 percent of domestic violence shelters in the United States can accommodate housing survivors with their pets.

Those combined statistics and studies inspired URI to establish the People and Animals Living Safely (PALS) program in seven domestic violence shelters across New York City, with a total of 172 apartments and the capacity to serve 474 individuals and their pets.

“We realized there was a critical gap in services for survivors of domestic violence that was preventing them from seeking safety — the ability to co-live with their pets,” URI said.  “The human-animal bond is important to well-being, especially in times of distress. For victims, their pet may be their only source of comfort and support.” 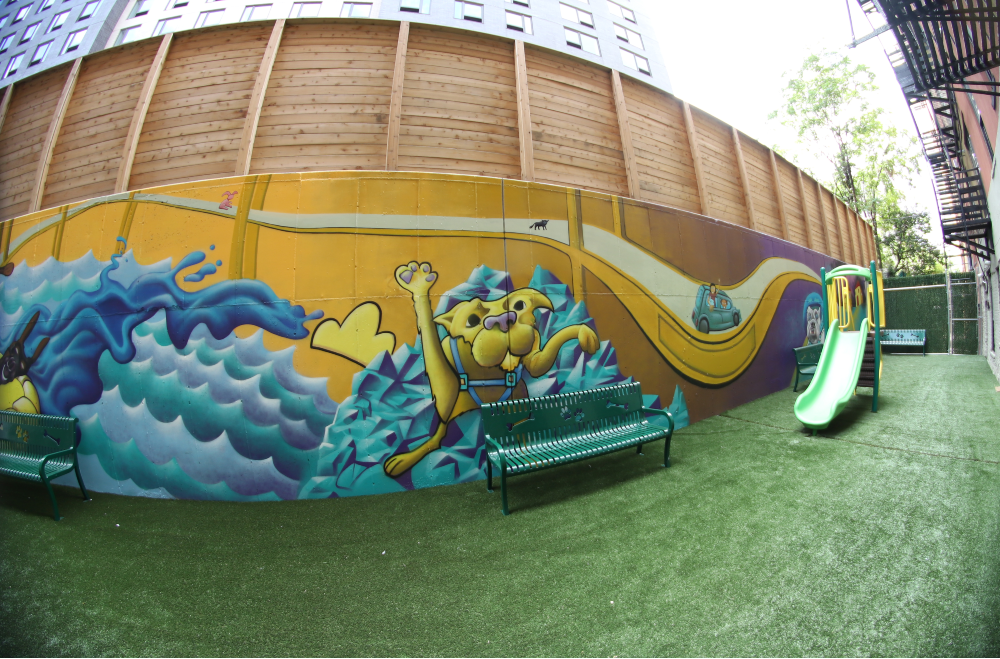 The largest pet-friendly domestic violence shelter is Harmony House, with 65 individual units equipped for both pets and their guardians, community spaces, and an outdoor pet park.

The newest addition to Harmony House is a bright, colorful mural depicting adorable canines and the handprints of resident survivors, commissioned to NYC-based artist Elijah Minton.

Minton, who is known for using murals to inspire and revitalize struggling communities, turned to art as an outlet after his close friend was murdered. Art gave him the freedom to express himself and also blessed him with the ability to control his life.

His hope for the mural at Harmony House is that resident survivors who see it will feel uplifted, inspired, and empowered.

“I am painting this mural to share good vibes with anyone who sees the artwork,” he said. “I hope that it makes people laugh, smile, and think about a brighter future.” 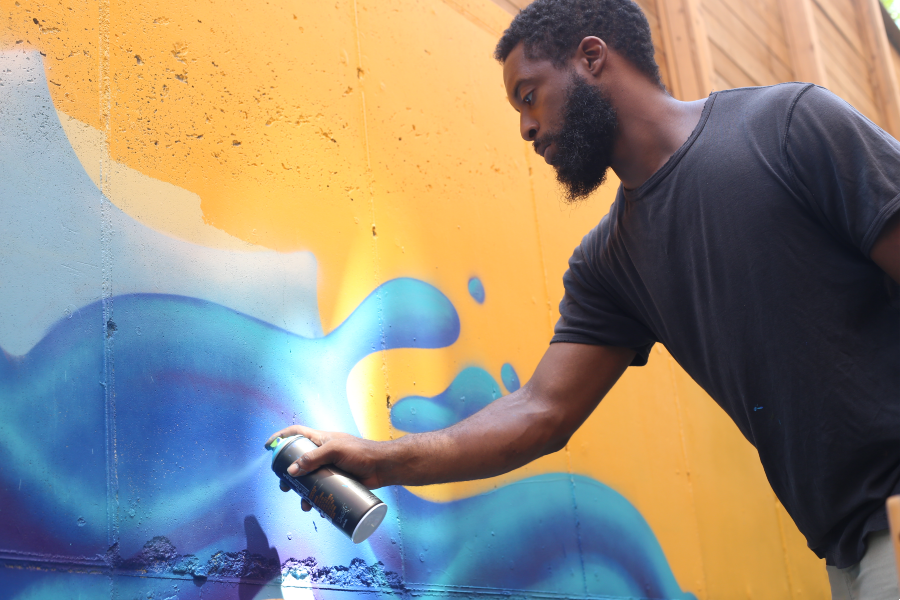 URI staff conferred with Minton during the creative process for the mural, which he finished this summer. The organization said the end result conveys the hopeful, whimsical dream space of endless future possibilities that survivors can face in their new, safe, independent lives.

The art and its message have resonated with resident survivors, including Vicki, whose real name is being withheld for her safety.

“The mural represents to me a new beginning for me and my girls and for the families that reside here at Harmony House,” she said. “The beautiful colors are just a reminder of good vibes. It’s the NEW tomorrow for each family at Harmony House.”

Survivors come to the PALS program through referrals, or after calling NYC’s 24-hour domestic violence hotline (800-621-HOPE) or the National Domestic Violence Hotline (800-799-7233).

“Shelters are open, safe, and available, URI said. “And while we are at a high capacity, we can still accommodate pets and people in need.”