COVID-19’s Dire Warning About Our OWN Food System 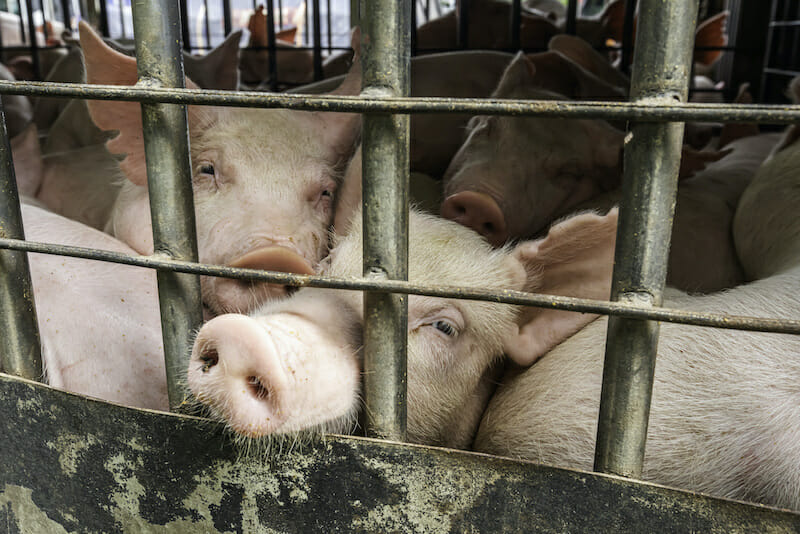 COVID-19, or the novel coronavirus, is rattling the globe, leaving people asking themselves: how did we let this happen? The answer begins in Wuhan, China and ends with a massive reconceptualization of our global food system.

Where Did the Virus Come From?

Figuring out the origin of a zoonotic disease is a difficult task, but many believe this virus’s story begins in the capital of Hubei province, Wuhan.

“The consensus among researchers studying the spread of the virus pinpoints COVID-19’s likely origin to a ‘wet market,’” according to USA Today, “or live animal market, in Wuhan, China.”

Let’s be clear, though. COVID-19 is not a Chinese virus — it’s a global virus, and patient zero happened to be from China. More important than the location is the environment in which it “made the jump” to humans. We must remember that a worldwide critique of unsanitary meat markets is not an attack on conventional Chinese culture.

What Is a ‘Wet’ Market and Why Should I Care?

“Wet” markets are simply places in China where perishable goods, such as live fish, meat and wild animals, as well as fresh produce, are sold to the public. This is different from “dry” markets, which are similar to U.S. supermarkets and sell more durable goods.

China’s wildlife trade flourishes in wet markets. Animals, from dogs and cats to fish and birds, are sometimes kept alive and slaughtered on-site for paying customers. Exotic wildlife, including snakes, rats, turtles and pangolins, are forced to live in close proximity, and may carry a variety of unique diseases. In wet markets that sell live animals, blood and other bodily fluids spill all over floors, tables and other surfaces.

This sounds like an animal welfare nightmare, right? Of course. But it’s also a human health crisis. A number of deadly diseases have been linked to the meat and dairy industries, especially those that resort to close-quarter animal abuse and massacre.

Understanding the Scope of the Problem

Can’t we just shut down these disease-ridden wet markets to avoid future pandemics? Unfortunately, no. While banning live animal trade is an important step to ensuring global health crises happen less frequently, the scope of the problem is far more pervasive and complex.

COVID-19 is hardly the first pandemic to arise from poor animal welfare standards. In fact, it isn’t even the first in the last 20 years.

In 2009, H1N1, more commonly known as swine flu, killed anywhere from 150,000 to 575,000 people globally with over 60 million cases in the United States alone, according to CDC estimates. Where did this virus come from? Most likely, factory farms, where it would’ve jumped from pigs to humans.

H7N9, more commonly known as bird flu, is another zoonotic virus that has killed over 600 people since 2013. Though not a pandemic, avian influenza has been a constant threat to human health over the past few years, as chickens are continually forced to live in tight quarters for their eggs and meat. How tight? Nearly 70 billion chickens are slaughtered per year, according to the United Nations.

Viruses are bad enough, but bacterial infections threaten us, too — and frequent misuse of antibiotics is making them smarter and stronger. According to a recent U.N. report, over 10 million people could die annually as a result of antibiotic-resistant bacteria by 2050.

That’s a terrifying statistic, but what does it have to do with our food system? The FDA allows farmers to give their animals antibiotics as a “disease prevention” method, which creates a potentially catastrophic situation for actual disease prevention. Each time infectious diseases like tuberculosis, MRSA and malaria are introduced to antibiotics, the diseases become more resistant to medications we commonly use to treat them.

“America’s livestock farmers use more antibiotics per pound of meat produced than any other country in the world, and upwards of 60 percent of these drugs treat bacteria that affect humans,” writes Alex Schwartz of Popular Science. “This practice is especially popular in Concentrated Animal Feeding Operations (CAFOs) [or factory farms], in which too many animals are crammed into small spaces, increasing the risk for the spread of infection.”

Hope for the Future

If you’re horrified, you should be. Fixing this problem won’t be easy, and must involve a complete reconceptualization of our global food system. But it is possible.

Currently, billions of animals are crowded into relatively small factory farm processing centers and slaughtered by workers who are required to come into contact with animal fluids. As demand for meat increases, so will the risk of pandemics. In fact, agricultural intensification and land-use change are responsible for over 50 percent of emerging diseases, according to a report published in Nature Sustainability in 2019.

Thankfully, companies like Beyond Meat and Impossible Foods are making it easier for consumers to satisfy their cravings for hamburgers without harming any animals. In the coming years, cell-grown meats could replace animal-based versions. Dairy-free cheeses, milks, yogurts and more are also hitting grocery store shelves at an unprecedented rate. And the fewer animals the world jam-packs into disease-ridden slaughtering centers, the lower our risk of zoonotic diseases spreading.

Our collective and individual actions over the next fews years will be crucial to ensuring the world becomes a more compassionate and safer place. This is about far more than an isolated incident at a Wuhan seafood market. Our entire global food system is broken and in desperate need of change. Join the plant-based revolution. Millions of lives could depend on it.