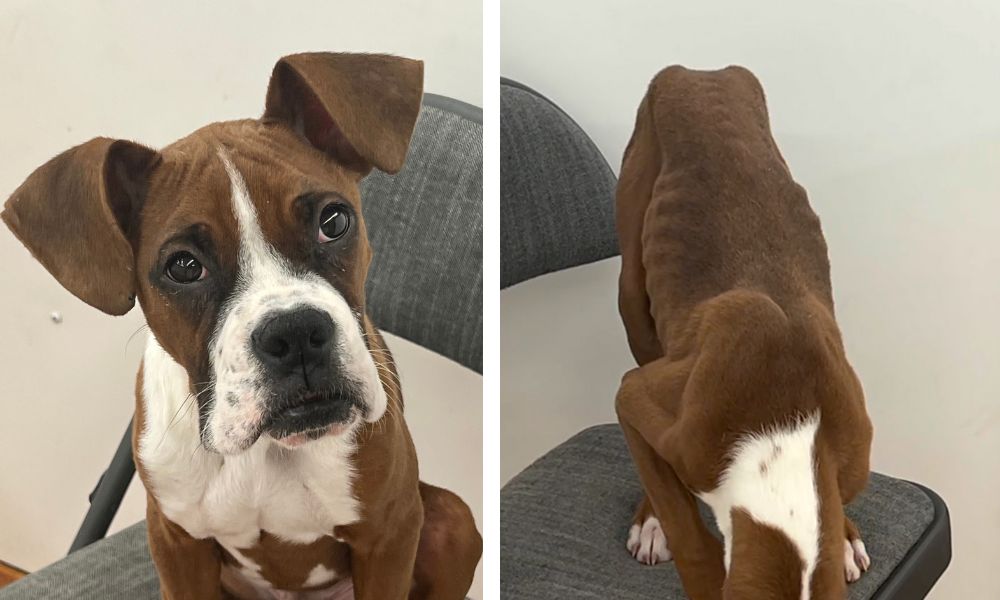 Dogs with protruding spines, hipbones, and ribs sitting in tiny, barren enclosures — that’s what an investigator for Lady Freethinker saw at a pet store in Indianapolis, Indiana, in November 2022.

One young boxer, whom LFT has since named Rolo, was being sold for $2,800. He appeared so thin that he struggled to sit comfortably – getting up every couple of seconds to readjust. The store’s staff reportedly told the investigator, “All of his weight just goes to his growth” and that the puppy’s “metabolism burns up the food.”

You can see conditions for yourself by watching the video below.

It’s time for Indiana to make the compassionate choice and stop the sales of dogs, cats, and other companion animals in pet stores.

Numerous other states — including New York, California, and Illinois — already have banned pet store sales of dogs and cats that don’t come from rescues. These laws recognize that thousands of perfectly healthy animals are euthanized in U.S. shelters each year and also that a majority of dogs sold in pet shops are raised in “puppy mills” — large-scale commercial breeding operations where profit is given priority over the well-being of dogs.

Puppy mills are infamous for cramped, filthy conditions. Animals often have no choice but to sit and sleep in their own excrement and can suffer from disease or starvation due to inadequate or unsanitary food and water and a lack of veterinary care.

Several cities in Indiana, including Bloomington and Carmel, already have issued city-wide bans. It only makes sense that statewide action should follow.

Please sign our petition today urging Indiana officials to save lives by prohibiting the sale of dogs, cats, and rabbits from pet stores.