In A Blow to Cruel Puppy Mills, California Bans Store Sales of Dogs, Cats and Rabbits 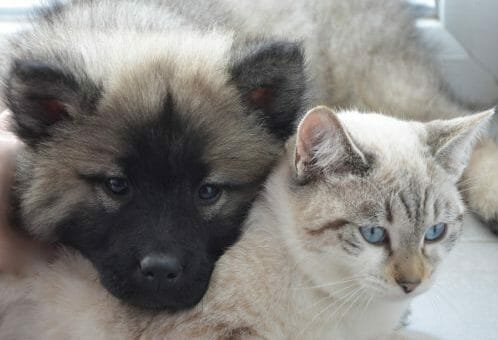 Under Assembly Bill 2152, also known as “Bella’s Act,” pet stores may partner with rescues, shelters, and animal control agencies by allowing them to display and adopt out animals. An organization’s adoption fees must not exceed $500, and retailers cannot collect any compensation related to these events.

Bella’s Act seeks to close a legal loophole that enabled pet stores to circumvent an existing ban against the retail sale of dogs, cats, and rabbits by importing commercially-bred animals from out-of-state puppy mills disguised as rescues and charging exorbitant four-figure “adoption fees” for them. By requiring rescue organizations to have an on-site presence and removing any financial incentives for pet stores, the bill makes it extremely difficult and unprofitable to sell exploited animals from high-volume breeders.

A.B. 2152 is named after Bella, a corgi who was born in a puppy mill and falsely labeled as a “rescue” at a San Diego pet store, where someone paid thousands of dollars for her. Bella endured inhumane treatment, including being declawed, and developed serious bronchitis, requiring extensive medical care. Although she physically recovered, Bella suffers from the effects of severe trauma, including separation anxiety when she’s away from her current guardian.

The new law prevents innocent dogs like Bella from “slipping through the cracks” of the legal system by taking business away from commercial breeders, thereby discouraging the harmful practice of churning out puppies for profit.

Similar legislation was proposed in Chicago, where pet stores also took advantage of a legal loophole despite a ban on selling puppy mill dogs by importing canines disguised as rescue animals from large-scale out-of-state breeders. At last update, the revamped law was slated to go before the City Council for a final vote.

Lady Freethinker applauds this move by California and Governor Newsom, and hopes to see other states and regions follow in its footsteps, including Chicago.