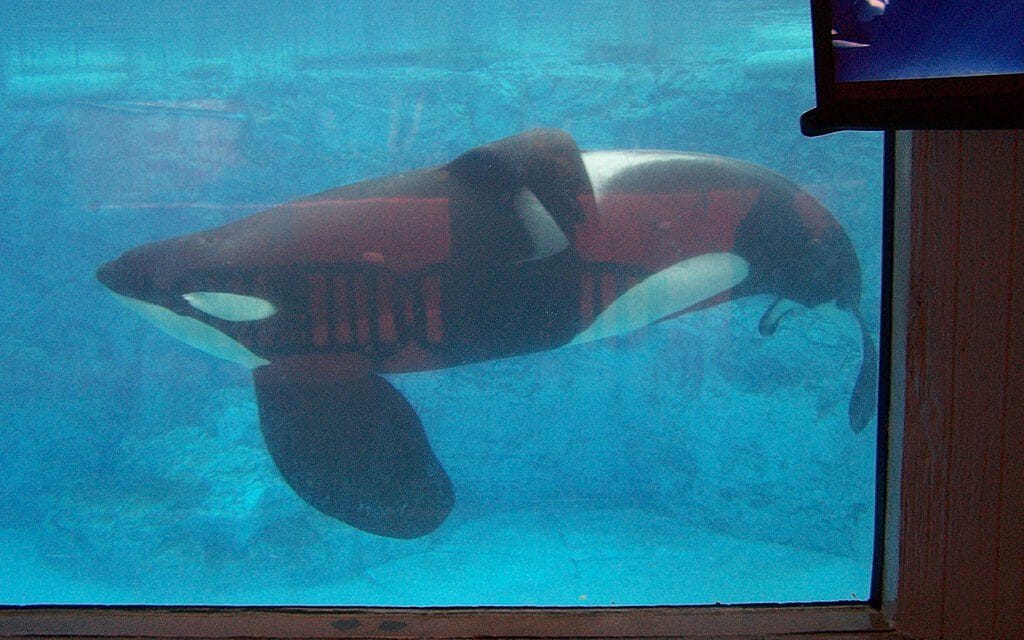 UPDATE (2/16/2022): In a quick development, Cedar Fair has rejected SeaWorld’s buyout proposal of its entertainment behemoth. SeaWorld confirmed the dismissal, telling Cleveland.com, “Unfortunately, we do not see a path to a transaction.” Lady Freethinker encourages Cedar Fair to similarly reject any proposal from any company that could possibly bring cruel animal “entertainment” to its reputable venues in Ohio. We thank the more than 500 people who took lightning-fast action on this petition. —Lady Freethinker Staff

Orcas and other marine animals have been forced into lives of excruciating monotony, confined in stiflingly small concrete tanks, and forced to obey their human masters or go hungry at SeaWorld, as alleged by former trainers who have since spoken out about conditions.

SeaWorld could soon bring similar cruelty to Ohio if they win their proposed bid to buy Cedar Fair amusement park. We must speak out now on behalf of the animals!

SeaWorld’s mistreatment of orcas, exposed by the 2013 documentary Blackfish, prompted many companies to cut ties, including TripAdvisor, British Airways Holidays, Virgin Holidays, Thomas Cook, and Southwest Airlines.  At least 43 orcas have died at SeaWorld, according to a report from nonprofit Whale and Dolphin Conservation.

Now SeaWorld has proposed to buy Ohio-based Cedar Fair, one of the largest regional theme park operators in the world, in a potential deal worth $3.4 billion.

While additional details about the bid aren’t yet known, any possible expansion must not include the cruel use of non-human animals for “entertainment.”

Sign our petition urging Cedar Fair stakeholders to reject any buyout proposal that includes or relies on using non-human animals as entertainment.