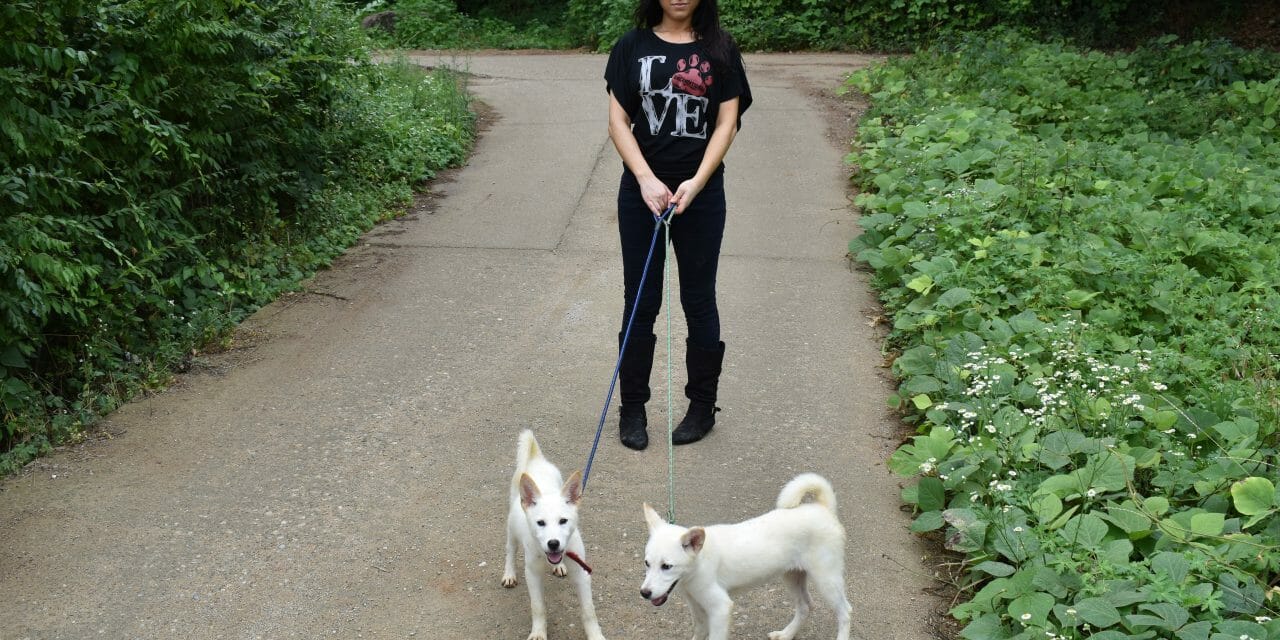 Amid the gruesome ‘Bok Nal Dog Eating Days,’ Lady Freethinker (LFT) is launching Save Dogs in Korea Day, an annual event dedicated to raising awareness about Korea’s brutal dog meat trade that will be observed on August 4.

Up to a million dogs are slaughtered during boknal, or the three supposed hottest days of July and August, and many people indulge in dog meat for its so-called “health benefits” — despite no scientific evidence suggesting boshintang, or dog meat soup, has a “cooling effect.”

“We established Save Dogs in Korea Day to call attention to dogs facing some of the most dangerous weeks of the year in Korea,” said LFT founder Nina Jackel. “Korea’s ‘Bok nal Dog Eating Days’ in July and August bring disturbing ‘celebrations’ where companion animals are served as food. In the coronavirus pandemic, the warning is more dire than ever.”

Lady Freethinker supports on-the-ground rescue efforts of partner organization Save Korean Dogs, and is working to end dog meat in Korea through education, petitions and outdoor advertising, including new taxi ads in the city of Paju, which translate to, “Not Food, But Family.” 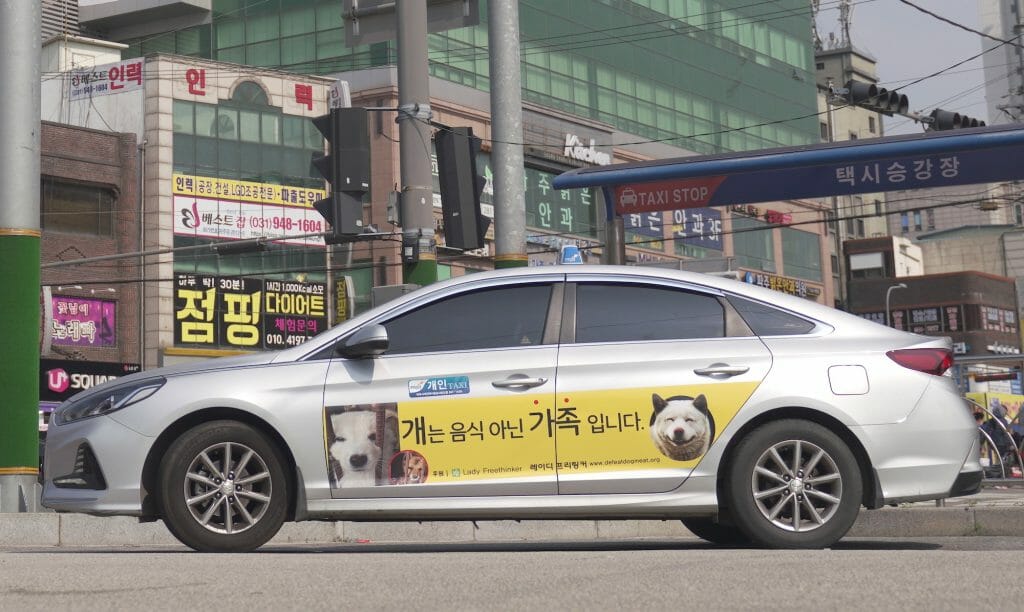 Nina and Ben returned to the US with four dogs in tow. The sweet pups were previously rescued by Save Korean Dogs, and handed over to foster families upon arrival at Los Angeles International Airport. Today, all four have loving forever families.

LFT is dedicated to ending dog meat in Korea through education and awareness campaigns, undercover investigations, and petitions. If you haven’t yet, sign the petition urging South Korea to end its dog meat trade and implement a nationwide ban against this horrifying industry.