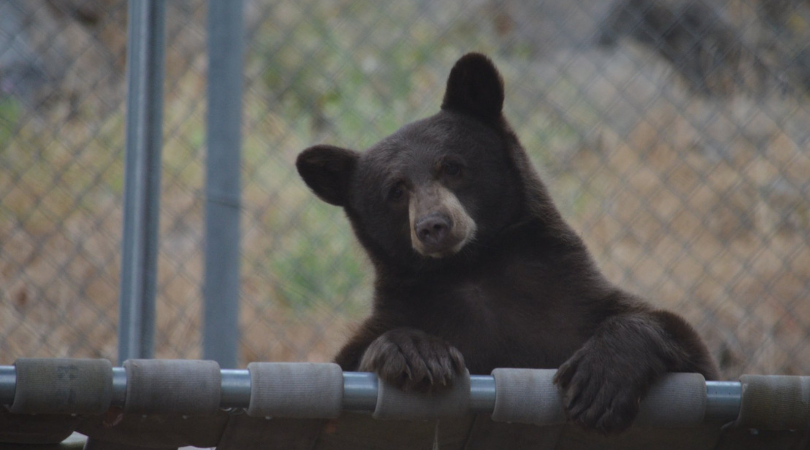 A young black bear featured in a viral video getting friendly with snowboarders in Lake Tahoe, California, is now settling into his new life in a wildlife center.

The cub — named “Northstar” after the ski resort where he was discovered — had an uncertain future after the California Department of Fish and Wildlife (CDFW) collected him in April. Observing some troubling health problems and uncharacteristically social behavior, authorities had to decide whether to end his life or find him a new home.

A Lady Freethinker petition urged the CDFW to spare his life. Thank you to everyone who signed that petition; over 24,000 supporters spoke out to protect Northstar from death.

While Northstar was underweight, it was his persistent head tilt that had wildlife veterinarians most worried. They tried every diagnostic test and treatment possible, but the issue did not resolve. After three months, the yearling black bear was healthy and putting on weight, but continued to display this neurological abnormality.

Unfortunately, this meant that release back into the wild would not be possible. The Fund for Animals Wildlife Center in Ramona, San Diego County, agreed to accept Northstar. His carers tranquilized him and sent him on a 10-hour journey to his new home.

“Black bears may live more than 30 years in captivity and require a lot of space, food and dedicated care from specially-trained staff,” said CDFW Senior Wildlife Veterinarian Deana Clifford. “We always strive to return bears in our care to the wild, but when that is not possible, we are grateful to partners like The Fund for Animals Wildlife Center, for their commitment to giving these animals the best life possible in captivity.”

A Facebook post from the CDFW states that Northstar is settling in well. The team at the center is considering introducing him to their other resident bear, Eve in the future.