SIGN: Justice for Black Bear Shot Dead Just for Being Too Friendly 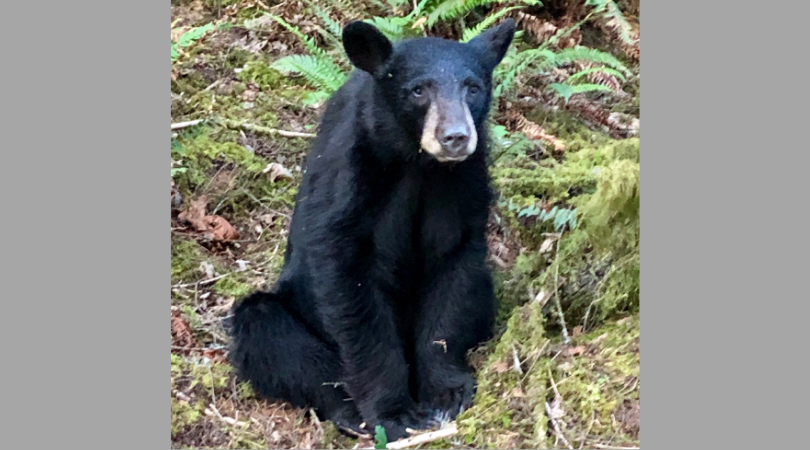 UPDATE: We sent our petition, signed by more than 24,000 people, to ODFW Director Curt Melcher and urged him to relocate non-aggressive animals to sanctuaries, rather than euthanizing them. Thank you to everyone who spoke up for this innocent bear and all animals in a similar situation. — Lady Freethinker Staff

Oregon officials have mercilessly killed a young black bear who had become friendly with humans, claiming the animal was a health and safety risk.

The healthy two-to-three-year-old male bear lived in the Scoggins Valley Park and became habituated to humans after visitors started feeding him. Instead of putting the welfare of this wild animal first, officials needlessly ended his life with their misguided decision to shoot him.

After receiving calls about the sociable animal and noticing a slew of selfies featuring the bear on social media, the Washington County Sheriff’s Office and Oregon Department of Fish and Wildlife (ODFW) visited the area several times to look at moving the bear.

Wildlife biologists arrived later in the week to trap and relocate the bear. Tragically, they decided he was too friendly and instead of searching for a place in a sanctuary, they took his life.

This innocent animal’s natural behavior was altered through no fault of his own by people continually feeding him, in spite of this being illegal. Instead of finding a safe haven for the young bear, the officials punished him with death.

Sign this petition to tell ODFW Director Curt Melcher that it is completely unacceptable to needlessly slaughter an animal just because it has become accustomed to humans. Let the department know that in the future, it must make efforts to place animals in a suitable sanctuary.