PETITION UPDATE: Man Who Tied Tommie to Fence and Burned Him Alive Is Going to Prison 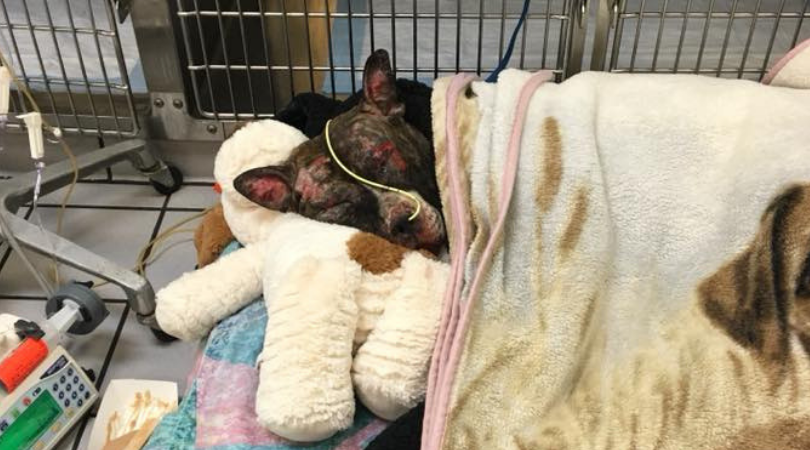 The man responsible for burning a pit bull alive received the maximum sentence possible for animal cruelty. Twenty-year-old Jyahshua Hill will be spending the next five years in prison, with no chance of parole. He is also banned from caring for an animal for the rest of his life.

A Lady Freethinker petition calling for justice for Tommie garnered more than 31,000 signatures, joining the voices of activists across the nation; we thank everyone who spoke out for justice.

Tommie’s abuse was horrific and heartbreaking. In February, Hill dragged the dog to Abner Clay Park in Richmond, Virginia, poured lighter fluid over him, and set him on fire. The local fire department doused the flames, but not before Tommie suffered burns to 40 percent of his body.

Richmond Animal Care and Control (RACC) fought hard to save Tommie, but his wounds were so severe that he died five days later.

“Justice was served today,” said Christie Peters, director of RACC. “We’re the voice for the animals. I think the voice was loud and clear today. I’m hopeful that people might think a little bit differently about things they may want to do in the state of Virginia to animals because we have really robust laws that allow us to prosecute in this manner. I’m hopeful that it sends a message that we don’t play around, and that if you hurt an animal, we’ll find you.”

While Tommie’s death was truly heartbreaking, it did result in positive action for animal rights. Lawmakers passed Tommie’s Law in July, a bill which considerably strengthened animal welfare laws in the state.

Tommie will always be remembered by those who fought to save him and battled for justice in his memory. Thank you to the police, prosecutors, and judge for taking this case seriously and sending the message that violence against animals is an intolerable offense.