PETITION UPDATE: Suspect Who Tied Tommie to A Pole and Set Him On Fire Has Been Arrested

Home » News » PETITION UPDATE: Suspect Who Tied Tommie to A Pole and Set Him On Fire Has Been ArrestedBy Carly Day | July 1, 2019 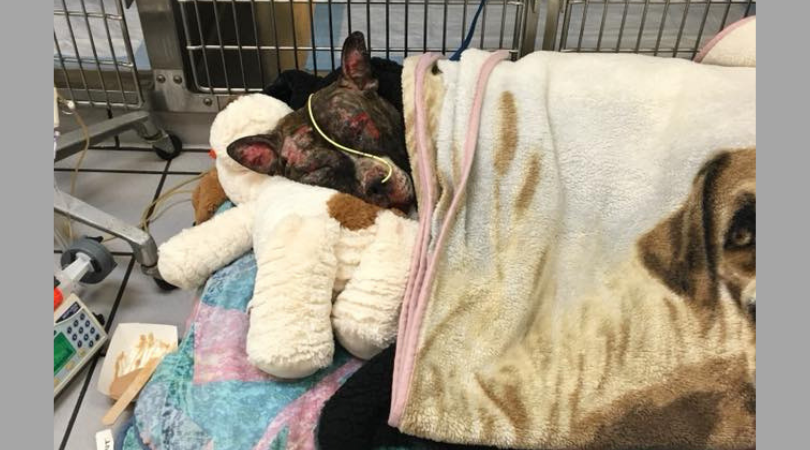 After three months of investigating, police have arrested and charged the man responsible for tying Tommie the pitbull to a pole and setting him on fire in Richmond, Virginia.

“There are a lot of people to thank, but I’d like to single out all the citizens who contributed tips that pointed us in the right direction,” said Interim Police Chief William C. Smith. “That, plus the excellent job done by arson investigators who did the bulk of the work, major crimes detectives, forensics technicians and animal control officers who all built a strong case to present to the grand jury.”

Tommie’s case was nothing short of horrific, making headlines nationwide. He suffered burns on more than 40 percent of his body and died five days after the incident due to extensive injuries.

“It’s the most evil, I would say, there’s an element of evil and a sadness that have overtaken all of the other cases we’ve dealt with,” said Richmond Animal Care and Control Director Christie Peters. “They said that it’s an unbelievable case. That they’ve had more people from the community rally around this case than they have seen in a very long time.”

The brutality of the abuse inflicted on Tommie even helped raise awareness of Virginia bill 1604. Dubbed “Tommie’s Law” in his honor, the bill strengthened animal welfare laws in the state and passed through the Senate and House of Delegates unchallenged.

Hill was indicted by the Multi-jurisdictional Grand Jury on a count of felony animal cruelty. A judge denied him bond on June 6 and his trial is scheduled for September 8.

Thank you to everyone who signed the Lady Freethinker petition urging local police to track down this violent offender.  Your voices, and all others who spoke out to support and remember Tommie, were heard. Now, we urge prosecutors to call for a fitting sentence, and work to bar this man from ever going near an innocent animal again.