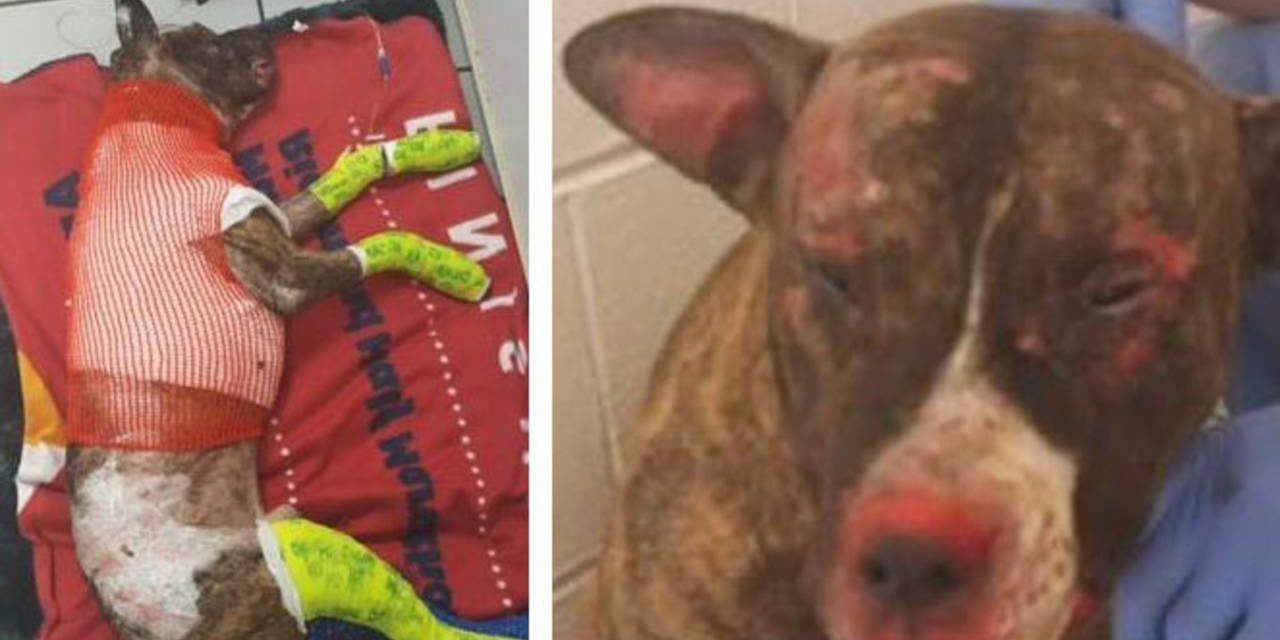 UPDATE: We are pleased to announce that Tommie’s suspected killer has been arrested and now awaits trial for this horrific crime. We are now urging prosecutors to call for a fitting sentence, including a lifelong ban on ever going near an animal again. Police ask that anyone with information about this case contact RFD Fire Investigator Lt. B. Dalrymple at 804 646-5421 or contact Crime Stoppers at (804) 780-1000 or at www.7801000.com.

Tied to a fence post, doused with accelerant, and deliberately set on fire, a dog in Richmond, Virginia is now fighting for his life.

This beautiful, brindle pit bull — named Tommie by his carers — has severe burns over more than 40 percent of his body. Attached to a catheter and suffering from intense pain night and day, this traumatized dog can’t even eat on his own, the inside of his mouth is so badly burned.

Luckily for Tommie, firefighters at a nearby station saw the burning dog and rushed across the road with fire extinguishers; if they had not come to the scene, Tommie would surely have died in intense agony.

Richmond Animal Care and Control report that the incident occurred in Abner Clay Park at around 7:30 pm on the 10th of February. Witnesses state that they saw a man running from the scene at that time.

Whoever perpetrated this act of unbelievable cruelty needs to be caught and prosecuted, so they can’t hurt any more animals.

Sign this petition urging the Richmond Police Department to use all available resources to track down and arrest the person responsible for this horrifying act and prosecute them to the fullest extent of the law.