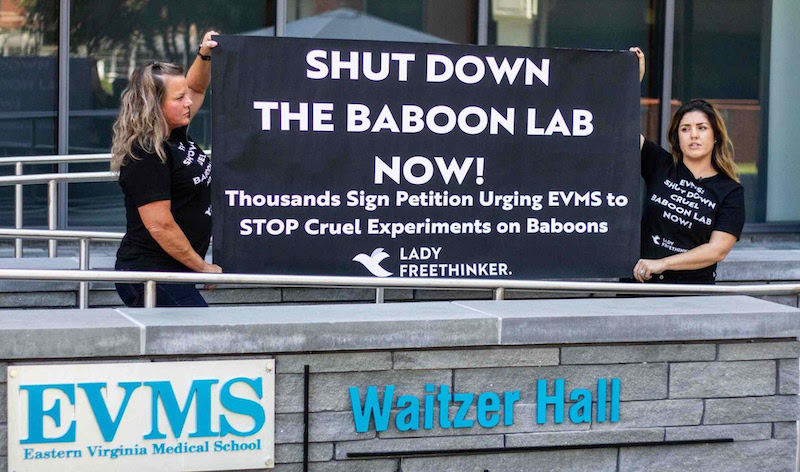 On September 20th, Lady Freethinker (LFT) supporters attended the Eastern Virginia Medical School (EVMS) Board of Visitors meeting to urge the board and staff to immediately close down a baboon lab where pregnant baboons are tortured and eventually killed in cruel experiments. 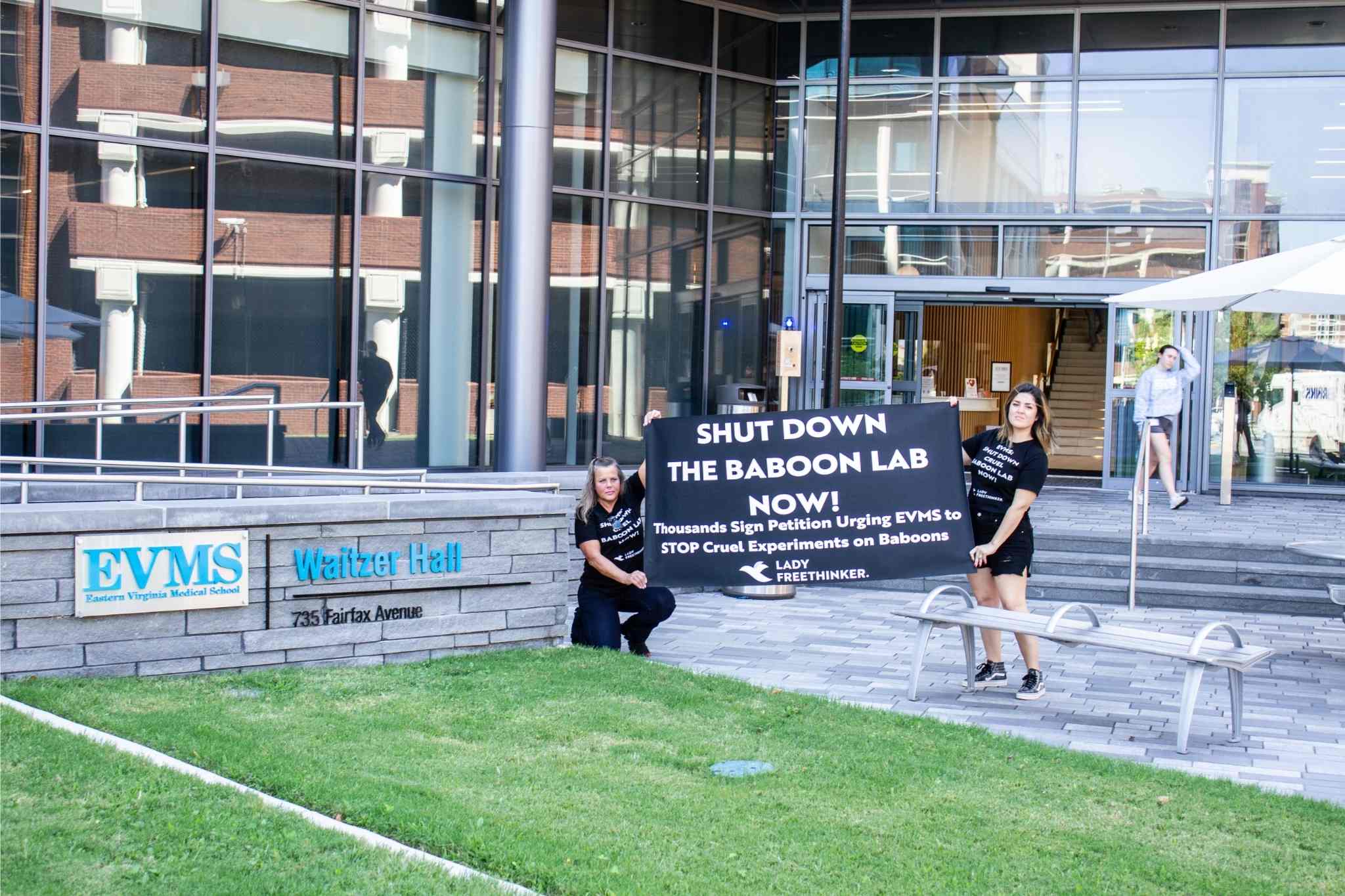 LFT supporters also dropped off a box of 40,000 petition signatures from people across the United States and the world who condemn the lab and want it shut down for good. 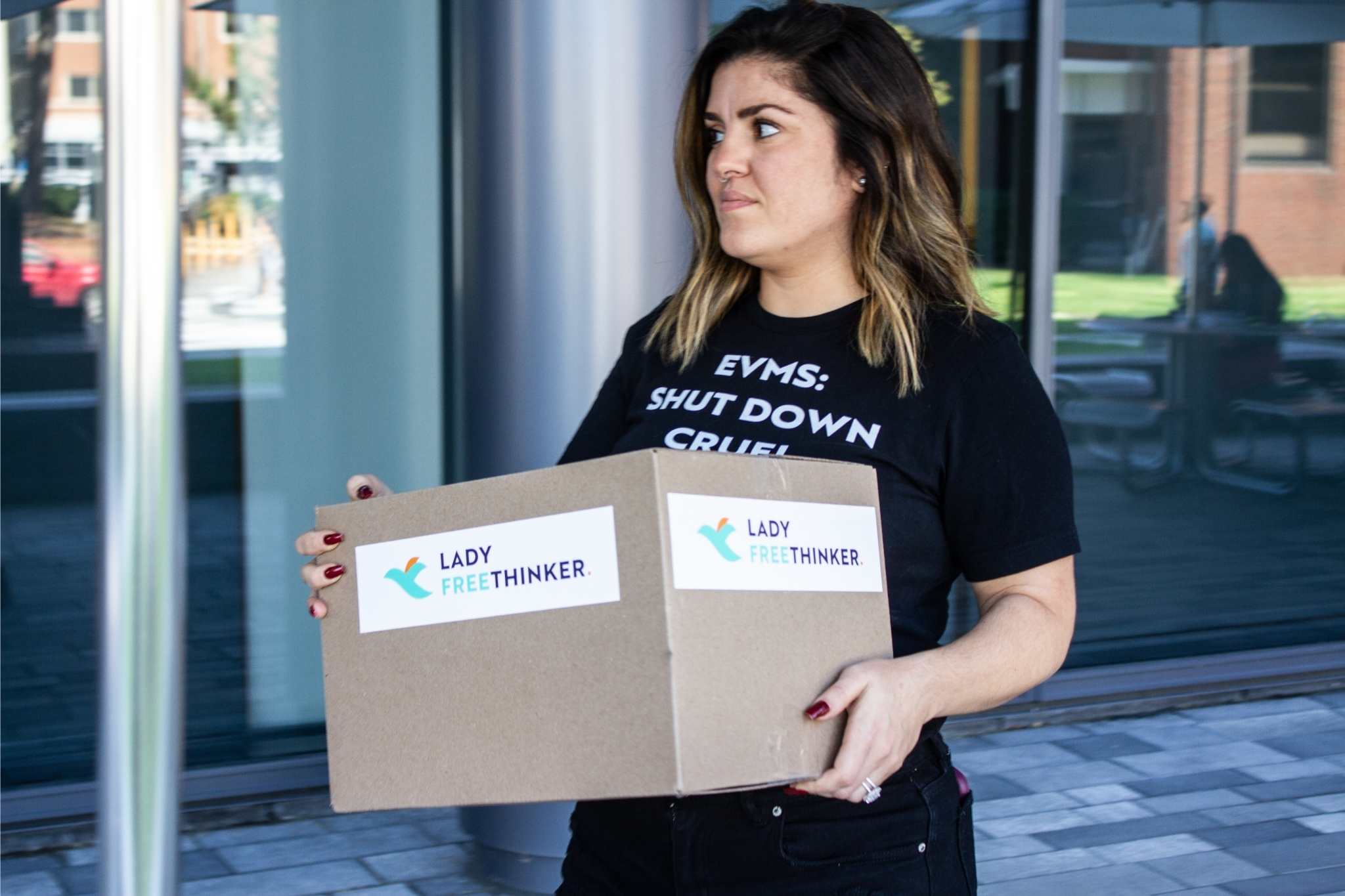 Medical records obtained by LFT revealed that pregnant baboons were given Letrozole— an inhibitor meant to decrease estrogen levels —late into their pregnancy terms, which caused the animals to experience spontaneous abortions and seizures. One pregnant baboon, Jemma, was given the drug, started seizing, and was found unresponsive in her cage. The very next day, she was sedated and cut open via a Cesarean section, through which researchers extracted and killed her breathing baby so they could harvest the tissues.

Tragically, it also wasn’t the first time — but rather the third time — that Jemma had undergone this painful procedure, in violation of the federal Animal Welfare Act, according to inspection records and an official warning to the university from the U.S. Department of Agriculture (USDA).

Baboons are social, intelligent and sensitive primates. There’s absolutely no justification to torture and kill these animals in pointless experiments.