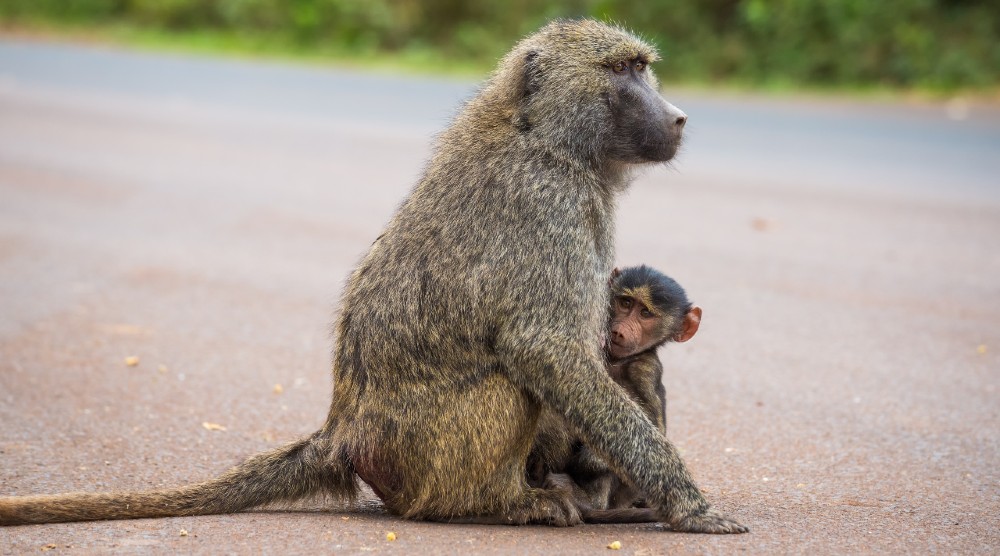 Jemma, Juju, and Tara – three female baboons housed at Eastern Virginia Medical School – were repeatedly impregnated and then cut open so that researchers could extract the fetuses for tissues.

These innocent primates were forced to endure at least three C-sections each, according to documents obtained by Lady Freethinker through a public records request — and EVMS authorized a horrifying six surgeries each, despite the Animal Welfare Act (AWA) mandating that animals used in research only undergo one major operation without additional approval.

Once the baboons reach the maximum number of allowed surgeries, they are killed or recycled into other experiments, according to the public records documents.

There is no justification for inflicting such pain on helpless animals, which has done nothing to directly advance human health whatsoever.  The studies, which authorized use of up to 359 baboons and have been funded for the last six years, have no direct clinical applications for human mothers or babies to date.

Tragically, the animals’ suffering at EVMS also extends beyond the cruel C-sections.

Jemma was in an experimental group injected with Letrozole, an estrogen inhibitor that researchers learned can cause spontaneous abortions and seizures.

Her medical records from two days before her June 2021 C-section, when she was 16 years old, show she was having seizures and that a vet tech found her lying “unresponsive” in her cage.

Jemma, Juju, and Tara also all had alopecia – or sudden hair loss – noted on their physical exams. All three also were missing fingers or toes, according to the public records documents.

The U.S. Department of Agriculture filed an “Official Warning” against EVMS in October 2021, reporting that the repeated major surgeries, without an administrator’s approval, violated the AWA.

But the cruel experiments are currently scheduled through at least 2024, in part by the National Institutes of Health – a federal agency supported by taxpayer dollars.

Baboons have endured horrific experiments at EVMS since 1981, as they cannot ethically be conducted on humans by EVMS’ own admission.

It’s time to stop the cruelty. Researchers must find more reliable, cost-effective, and compassionate alternatives to experimenting on baboons.

Sign our petition urging EVMS and the NIH to immediately stop these cruel experiments and relocate the innocent baboons to a reputable primate sanctuary. We’re also asking legislators to ask hard questions about these studies and their use of government and taxpayer supported funding.

Then, read LFT’s full story on these experiments here.