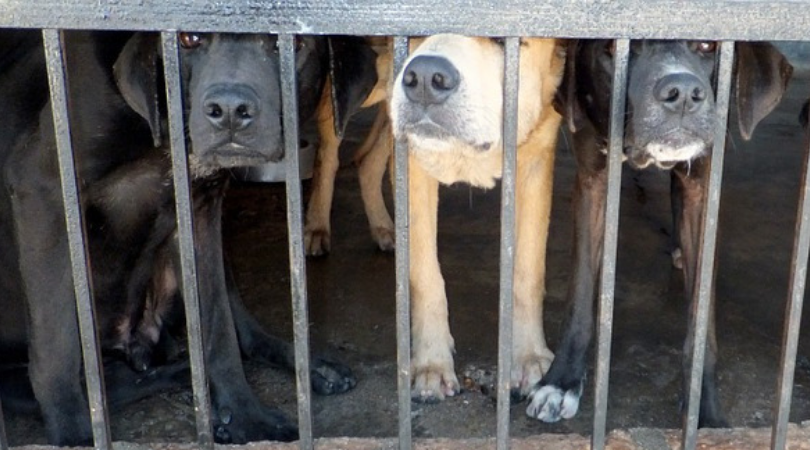 Illinois Governor J.B. Pritzker recently signed in a new state law to protect dogs and cats from deadly kennel fires. The legislation, which took effect immediately, requires staff to be on-site at kennels at all times or to have alarms that alert local fire departments in the event of a fire, as well as working sprinkler systems.

State Rep. Diana Pappas and Senator Donald DeWitte both introduced kennel bills following a deadly fire which killed 29 dogs in Carol Stream, Illinois in January; this law is a combination of both bills.

Although there were reportedly working fire alarms installed at the kennel where the blaze occurred, nobody was there to hear them. Owner Garrett Mercado was off-site when the fire broke out.

“This commonsense law will protect pets from senseless tragedies and further our state’s commitment to animal welfare,” said Governor Pritzker in a statement. “We’re putting safety first and making sure the tragedy that West Chicago experienced in January will never happen again.”

During the investigation, authorities discovered serious welfare issues and overcrowding within the kennel. Police charged Mercado with 14 counts of animal cruelty and 14 counts of violation of owner’s duties.

A Lady Freethinker petition calling for justice for the dogs burned alive has already garnered more than 31,000 signatures.

Thank you to the sponsors and supporters of this new bill, and Governor Pritzky for signing it into law to prevent similar tragedies from occurring in the future. We hope other states take note and follow suit.

“Today’s legislation is a win for dog and cat owners across Illinois, who can now rest assured that if they have to leave their beloved pets at a kennel, they will be protected in the event of a fire,” said Pappas. “With this law, Illinois becomes the first state in the nation to extend these kennel fire protections to our furry family members.”