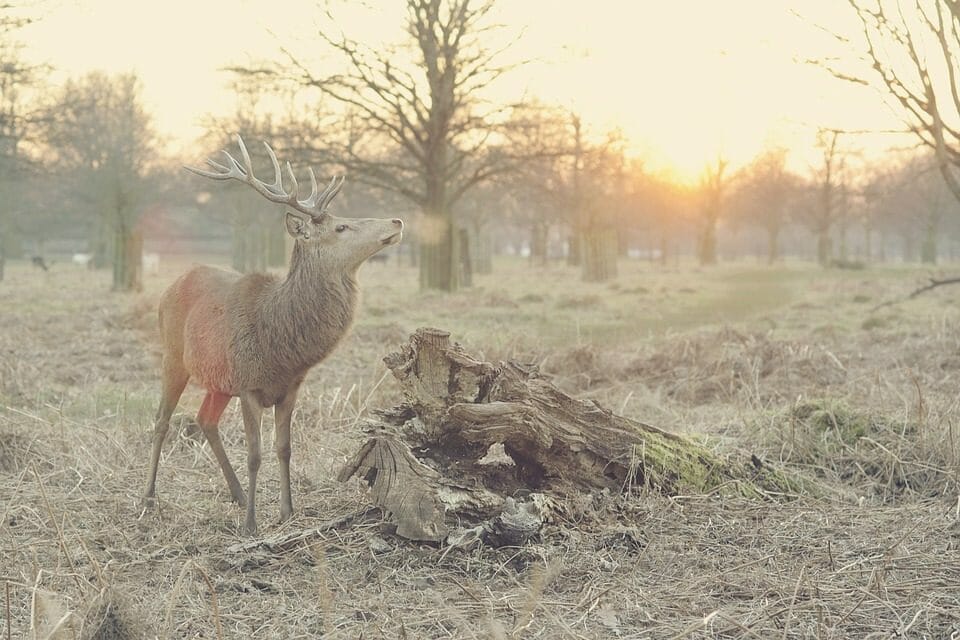 Climate scientists agree that anthropogenic climate change results in more widespread wildfires in places where wildfires aren’t supposed to be.

Wildfires are, of course, a natural occurrence in some areas and even a vital part of the lifecycle of some of the plants there. But the recent spate of devastating wildfires on America’s West Coast and even above the arctic circle are “unprecedented” according to some scientists and “really quite scary” according to others.

There are enough human beings in denial about the impact these phenomena are about to wreak on human civilization. So it’s not a surprise to find that the toll wildfires take on animal populations is largely going un-talked-about. Let’s talk about it now.

The Effects of Wildfires on Animal Species

Millions and millions of acres of land burn each year in the U.S. because of wildfires.

Most of the focus tends to be on the human survivors and what they stand to lose during an out-of-control blaze. Some fires claim hundreds of homes at a time. But there are lots of ways that wildfires make a big impact on native animal populations, too. Here are a few of them:

There are some good reasons to look forward to wildfires, though. Many plant species, like the giant sequoia, have seeds that only take root in the fine layer of ash left behind after a fire. With all of the other plants in the way, these seeds wouldn’t stand a chance of germinating otherwise.

Is Poor Land and Fire Management Harmful for Animals?

America’s West Coast is where the spotted owl calls home, and where scientists now note a significant decline in their population. Part of the reason is habitat loss due to human encroachment on their territory. The other reason is wildfires, which are robbing this creature of even more of its familiar habitable zones.

According to a recent paper in the journal Frontiers in Ecology and the Environment, fire and wildlife management takes different forms in different regions of the country. In the Southern U.S., regulators and fire ecologists have used the Endangered Species Act to grant the right of way for “restoration thinning” and “prescribed burning.” These two forest management and fire suppression techniques helped the red-cockaded woodpecker rally its population numbers considerably in areas which saw regular wildfires previously.

Back on the West Coast, the spotted owl isn’t faring as well because authorities haven’t interpreted the Endangered Species Act the same way and, consequently, don’t engage in the same kinds of fire suppression practices that can help preserve pine forests over the long term. In a nutshell: “burn some of it now to save much more of it later.” So far, the focus has been on preserving as much of the existing natural habitat as possible and warding off all fires no matter what. Fire ecologists, like UC Berkeley’s Scott Stephens, warn that this method is “really difficult when you have unbridled fires just ripping through the landscape.”

With the West Coast such a lightning rod for frequent blazes, the spotted owl, like the South’s red-cockaded woodpecker, could use a helping hand from some more proactive land management techniques. The journal article mentioned here, “Is fire ‘for the birds’? How two rare species influence fire management across the US,” notes that the population of the spotted owl has now dipped below 15,000 individuals globally. The primary reason is because, as human activity greatly increases the likelihood of wildfires even in areas not prone to them, wildfires will continue to cause large-scale habitat loss for important species.

But another reason is because the techniques for safeguarding animal populations against blazes, and making sure forest ecosystems bounce back afterward, are practiced inconsistently in the U.S. Then again, suppressing fires through land management can cause dense tree canopies that welcome wildfires for a whole different set of reasons. It’s always been a difficult balancing act, but climate change is making the job even harder.

With more eyes on the issue and more publications in journals like Frontiers in Ecology, we’ll find our way toward an approach that combines ecosystem preservation with controlled burns and other techniques: a South meets West approach. It’s clear we need a more holistic way to plan for, respond to, and recover from wildfires now that they’re set to become even more common — for our sake as well as the animals’.