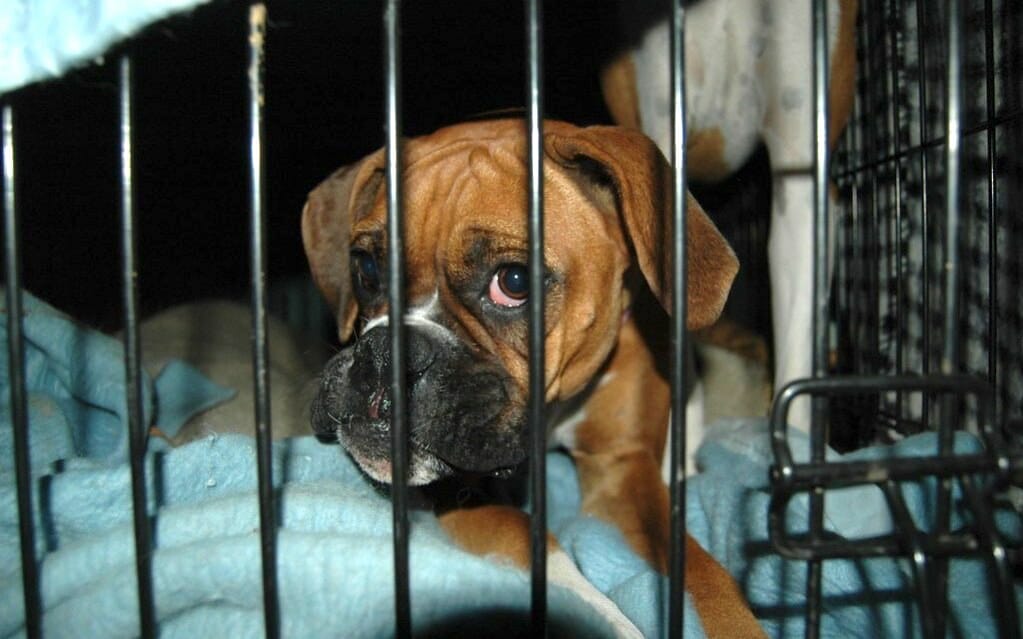 UPDATE (5/26/2022): Garrett Mercado was convicted of three counts of animal cruelty and six counts of violation of owner’s duties, according to WGN9. He was sentenced to 20 days in jail and six years of court supervision. Naperville Police Department Animal Control officer Shannon Hedman said she would have liked to see him go to jail for longer, but is happy that he is not allowed to work with animals or operate another business during his six years. Governor Pritzker also has since signed a bill requiring kennels in Illinois to always be staffed and have sprinklers or alarms that ring at the local firehouse. We thank everyone who signed this petition and we will continue to fight for all animals. — Lady Freethinker Staff

Crammed into tiny, filthy cages stacked atop one another, 29 dogs burned to death in a kennel fire in Carol Stream, Illinois. With nobody there to watch the dogs and zero fire safety measures in place, the dogs had no hope of escape as the building quickly became engulfed in flames.

Investigators say the house reeked and water bowls lay empty. One of the dogs that perished in the fire was tied to a bathtub so tightly that the canine wouldn’t have even been able to lie down to rest.

While firefighters and police managed to rescue 22 of the 58 dogs housed on the property, they were unable to reach those trapped on the second floor of the building.

Police have charged owner Garrett Mercado with 14 counts of animal cruelty and 14 counts of violating his duties as an animal owner. Now, we must urge prosecutors to treat this case with the severity it deserves, and call for a lifelong ban on the defendant from ever having another animal in his care.

Sign this petition urging DuPage State’s Attorney Robert Berlin to ensure that justice is served in this tragic case, and protect future animals from neglect.