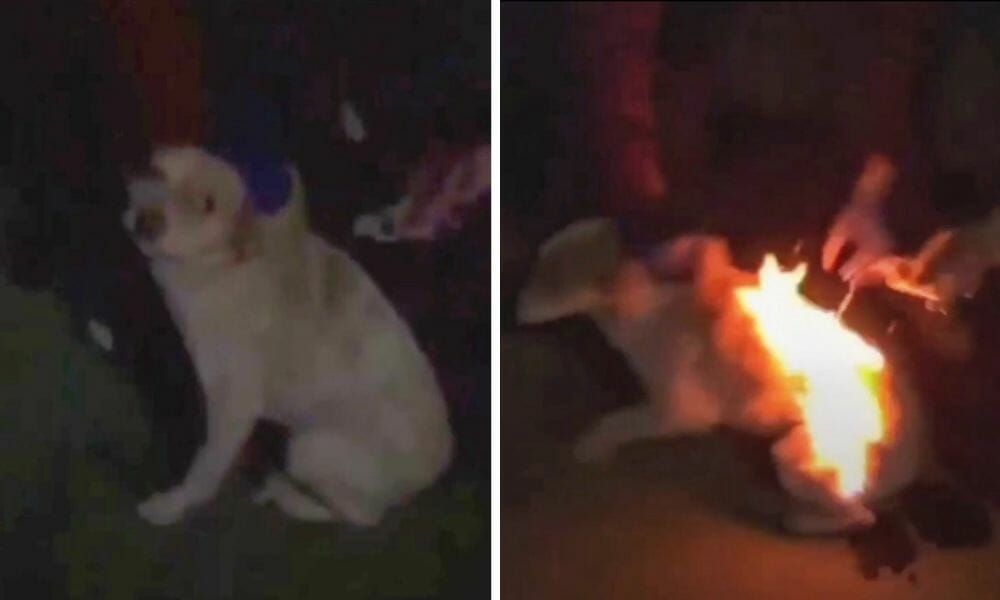 Held down, doused with a flammable liquid, and set on fire, a defenseless and visibly distressed puppy flees in flames as a small group of children watch and laugh in Buzau County, Romania.

This horrifying act of animal cruelty was captured on camera and posted to social media by a 13-year-old boy, according to local authorities.

Thankfully, the dog survived the ordeal and is now in the hands of animal protection association Kola Kariola.

Police reportedly opened an animal cruelty case against three adolescents, including the 13-year-old who posted the footage online.

“Cruelty to animals committed by young people has extremely serious implications for their later behavior,” the Minister of Internal Affairs Ion Marcel Vela said. “And can quickly become violence against other people.”

The minister added that animal abuse in Romania should be handled by a special task group within the police force.

These are simply empty words if no action is taken. It is imperative that these individuals understand the severity of their crime.

Sign this petition urging Romania’s Minister of Internal Affairs Ion Marcel Vela to push for an intense psychological intervention for the perpetrator(s) to prevent any more animals from being harmed or killed.