Moby Talks About the Circle V Festival, and Why Animal Rights Matter 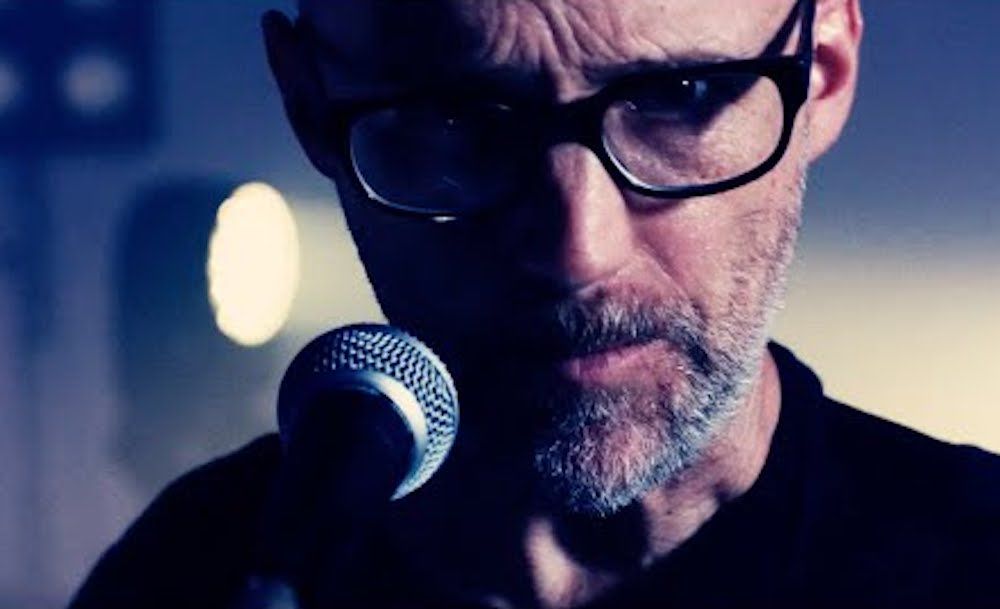 For the second year in a row, Circle V is coming to Los Angeles. The musical lineup — which includes Waka Flocka Flame, Moby, Dreamcar, Raury and Reggie Watts — will be served up with an array of plant-based vittles from local vendors, as well as a vegan beer garden and nonalcoholic kombucha garden.

Launched by musicians and activists Moby and Tony Kanal and benefitting nonprofit organization Mercy for Animals (MFA), Circle V is a music and food festival that celebrates animal rights. It’s a blissful affair for vegans, and carnivores are welcome to join without judgement.

I spoke with Moby about the festival and his lifelong mission to help animals:

Nina: Thanks so much for talking to me today! First of all, can you explain why you decided to create Circle V?

Moby: Well, I’ve been vegan now for 30 years, and an animal activist for most of my life. Animal rights activism is my life’s work…nothing to me is more important. And about 15 years ago, I started a festival called Area 1, and then Area 2; we had David Bowie, The Roots and New Order, among others. Then a couple of years ago, I was talking to Tony [Kanal] of No Doubt and Nathan Runkle, and we were just wondering why there isn’t a good vegan animal rights festival. So that’s why we decided to start this.

N: And why are animal rights so important to you?

M: For many reasons: The first, most obvious one is simply that I love animals, and I can’t in good conscience be involved in anything that causes or contributes to animal harm or suffering. And then of course, the fact that 45 percent of climate change comes from animal agriculture, 90 percent of rainforest deforestation, 75 percent of antibiotic resistance, 50 percent of most cancers, heart disease, diabetes, obesity, and on and on. I mean, even if someone doesn’t like animals, it still makes sense to end our reliance on animal agriculture because animal agriculture is destroying our species.

N: When you first became vegan, what was your initial inspiration?

M: Well, I became a vegetarian when I was 19, and then a vegan when I was 22. And up until I became a vegetarian, I lived with the same paradox many people live with, which is the paradox of loving animals, but also eating animals. And then when I was 19 years old, I was petting a rescue cat my mom and I had, and all of a sudden I realized — I loved this rescue cat. He had two eyes, a central nervous system and a very rich emotional life, and I suddenly realized that every animal with two eyes and a central nervous system has a rich emotional life, and really a desire to avoid pain and suffering.

N: I stopped eating meat because I loved my dog, so I completely understand. It’s been three decades for you — how is being vegan different now than in the ’80s or ’90s?

M: To put it in perspective, where I live in Los Angeles, there are more vegan restaurants within a 2-mile radius of my house than there were in the entire world 30 years ago. So many people here are vegan or partially vegan, or at the very least know what veganism is. You know, veganism in 1987, when I became a vegan, was so obscure no one even knew how to pronounce it.

N: And how do fans respond to your animal activism?

M: At this point, I think everyone knows that I’m a loudmouth activist. I mean certainly, over the years, it’s alienated people, it’s confused people…but I don’t care. The call to my activism, whether it’s my political activism or my animal activism, is so much more important than my career. I just think that the problems facing us as a species and facing the world so greatly take precedent and priority over any of our smaller, more paltry concerns, like maintaining a career and not alienating people. At this point, everything I do, I try to do from an activist perspective. I feel like there’s a world that’s an inch away from complete catastrophe. None of us have the luxury to be petty and selfish anymore.

N: What advice do you have for people who want to go vegan, or are interested in it, but don’t really know where to start?

M: It’s kind of like how you would clean up your house after a big party — you start small. I’m sure everyone has had that experience: You wake up, and you look at your house, and it’s a disaster. You can get overwhelmed by the enormity of it or you can start with something small. Dust off a table or throw away some cans. So it’s the same thing with veganism. If you can’t go completely vegan, go vegan one day a week, or go online and educate yourself and read more about it. Maybe watch some documentaries like Forks Over Knives, or What the Health or Earthlings. Start slow, and be patient with yourself during the process.

N:  Back to Circle V now, can you talk about the lineup?

M: The food is all vegan, and the majority of speakers and performers are vegan as well. But there are definitely some people on stage who aren’t vegan, and that’s fine. We want this to be inclusive. We want to make sure that audience members who aren’t vegan feel welcome as well…so nobody’s going to be judged or criticized for not being a vegan, even if most of us performing are. The idea is to create communities for animal activists and for vegans, but welcoming non-animal-activists and non-vegans as well.

N: All proceeds from Circle V benefit Mercy for Animals — they’re an amazing organization. Why did you choose them specifically?

M: Part of it is, I love the work that they’re doing — that they focus on farm animals. Because as much as I love dogs and cats and other animals, farm animal rights and welfare are my main concerns because roughly 100 billion farm animals are killed every year. Also, Nathan was there with Tony and I when we came up with the idea for the festival; so it just made sense for Mercy for Animals to be the beneficiary of it.

(For the record, Moby himself won’t be taking home a dime of profit, despite this being his only live show of the year; 100% of his fee goes to MFA.)

Circle V is happening Saturday, November 18, 2017 at the Regent Theater in Downtown LA. Tickets are starting to sell out, so get yours now at http://circlev.com/#tickets-section