Book: How One Man is Changing the Way the World Sees Farm Animals 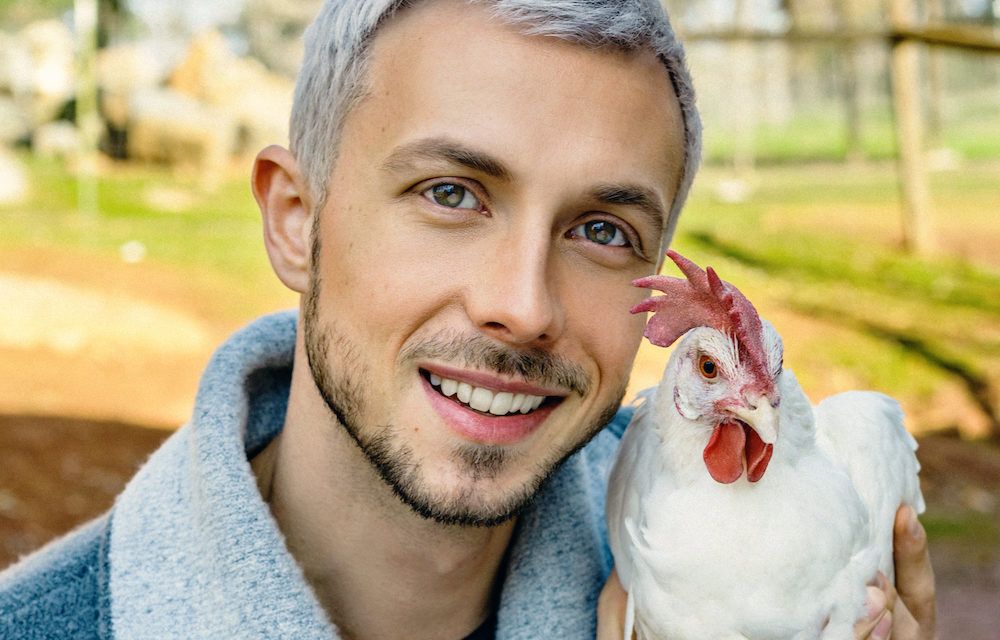 Nathan Runkle was just 17 when he performed his first open rescue — a risky endeavor involving sneaking into a farm or other animal facility to document the horrendous conditions inside, rescuing some of the suffering animals along the way. A bold move from someone who had grown up in a farming family, though Nathan had turned vegan years earlier and had already founded his own animal rights organization, Mercy for Animals.

In his newly released book, Mercy For Animals: One Man’s Quest to Inspire Compassion and Improve the Lives of Farm Animals, Nathan reveals the journey from his formative years up to now — when MFA has grown into a mega-force for protecting farmed animals. 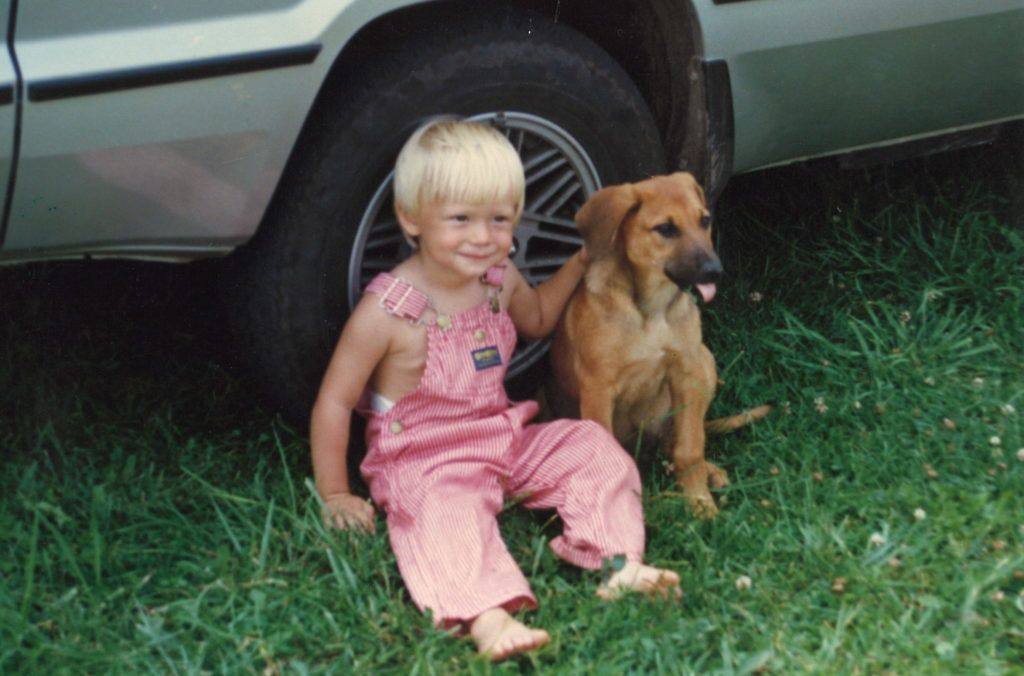 Was he afraid during that first open rescue, when he was a mere teen? “Yeah — doing open rescues, I knew that I was putting my safety and my freedom on the line,” Nathan told LFT. “But I felt that it was ethically and morally not only justified, but warranted to do so…to go in and document animal suffering and provide direct aid to animals that were being thrown away in trash cans; that were suffering from broken bones.”

Nathan could have been — and nearly was — imprisoned for decades for his work.

And along with fear of jail, Nathan had to deal with the constant threat of violence for merely being who he was — gay.

In his book, he notes that “kids have amazing gaydar.” Classmates would hurl obscenities and threaten to harm him at school. In his mid-twenties, Nathan was brutally assaulted by a stranger who threw him to the ground and beat him severely, leaving his head and face broken and bloodied.

Perhaps this is why Nathan makes the astute connection between animal rights and the rights of any of us who are oppressed.

“These issues are not all separate,” he said. “And I think that for a long time people were doing work for women’s rights, for LGBT rights, for the environment, for immigration rights, and they thought if the issue didn’t directly affect them, they weren’t going to do something about it. Now what we’re seeing is people saying, ‘OK, there is a similarity here — we’re all being attacked for being the other.’ And animals need to be included, as well.” 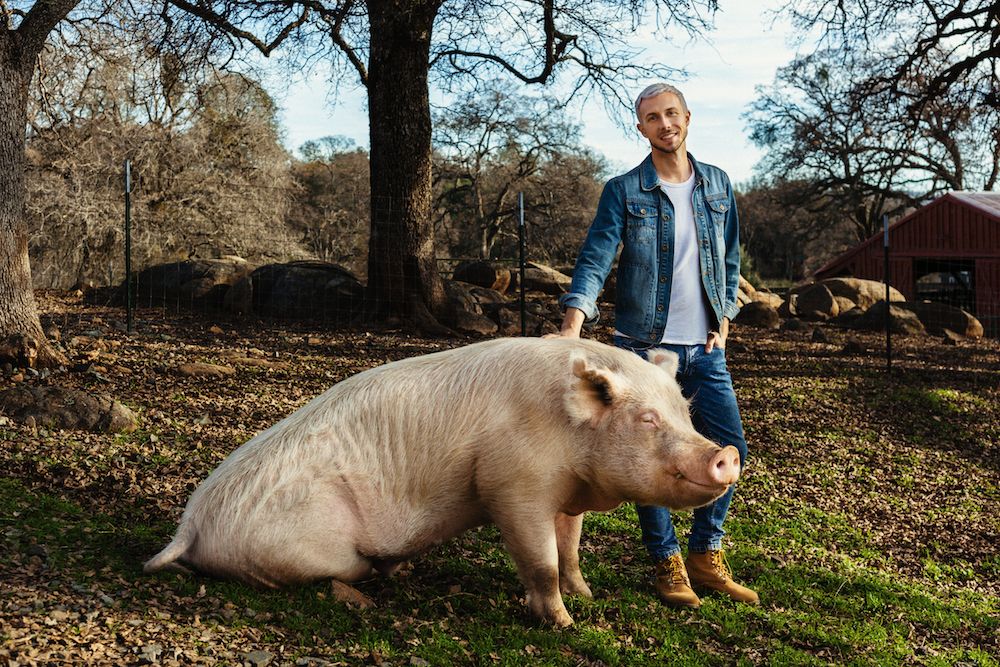 Indeed, animal issues are gaining momentum, due in large part to the work of organizations like MFA. One study found that 12% of Millennials identify as “faithful vegetarians,” compared to just 4% of Gen Xers and 1% of Baby Boomers.

Millennials are paying attention to MFA’s investigations — which have grown significantly more sophisticated since their days of open rescue, but still expose the same type of cruelty. Pigs stuck for their entire lives in gestation crates so small they can’t even turn around; hens crammed into battery cages, grotesquely bald and contorted from disease. Workers hurling helpless chickens across the room, and prodding crippled sows with electric shocks to force them to drag themselves around. Dead animals rotting among the living.

These are not isolated incidents, but the norm on the factory farms that supply nearly all of America’s meat, eggs and dairy. The false image of the happy family farm has been shattered to anyone who’s paying attention.

This awakening is, of course, not lost on Big Agriculture, who tries — often successfully — to get state governments to pass unconstitutional “ag gag” bills, which outlaw recordings on animal facilities. And these laws are making it harder on groups like MFA.

“Some of the states with the largest production of eggs, poultry, pigs — North Carolina included — have passed versions of ag gag bills that prevent us from doing investigations there,” said Nathan. “Thankfully, we’ve been able to defeat many of these bills that have popped up around the country. It’s an ongoing battle, and given our current political climate, we’re seeing a resurgence of ag gag bills in many states. So the battle continues.”

At the same time, MFA is pushing for better protections for animals at government and corporate levels. There is no federal law regulating animals’ living conditions on farms (just some weak regulations of the slaughter process for select species). But a few states have outlawed some of the cruelest farm offenses, and a number of corporations have pledged to eliminate battery cages and gestation crates, or otherwise do more to prevent abuse.

Nathan believes such protections “provide some relief, and end some of the suffering for the animals unfortunate enough to be born into this system.”

But ultimately, “Mercy for Animals never has and never will endorse any of these animal products,” said Nathan. “Because there’s still inherent cruelty involved in them.”

Instead, the answer is to evolve away from animal products completely.

Asked if it’s difficult to convince omnivores to try plant-based substitutes, he replied, “I find that most people are good at heart, and they want to make to make compassionate choices — and many people simply aren’t aware of the level of abuse that animals are subjected to on factory farms. When they see that animals are thinking, feeling individuals who want companionship and want to be protected from cruelty… people are really receptive to that information.”

Nathan’s book foresees a brighter future — he is working toward a world where animals are no longer part of the food supply, and maps out what it will take at both the corporate and personal level.

Food technology has gifted us plant-based burgers, “chicken” and “meatballs” that are virtually indistinguishable from their animal-based counterparts. “The marketplace is now flooded by wonderful, plant-based cruelty-free foods,” said Nathan.

As Nathan rightly observes, major dietary shifts can seem daunting —  it’s easy for someone to feel paralyzed going from a standard American diet to completely vegan. But even starting as a flexitarian can make a difference, too.

“It’s important to understand that it’s about progress, not perfection,” said Nathan. “Even small changes can have a big impact, both on our own health and in terms of animal suffering.”

And once they see how easy and enjoyable something like Meatless Monday can be, they’ll often start making plant-based choices the rest of the time, too.

For dedicated vegans, Nathan’s book will help you remember why you live the way you do; for those who haven’t given these issues much thought, his book is a must-read that will open your eyes, without judgement. For anyone and everyone, this book is an inspiration to follow your conscience and dare to achieve, even under crushing adversity.

We can all aspire to build a better world for animals, the planet, and ourselves.

Nathan Runkle’s book Mercy For Animals: One Man’s Quest to Inspire Compassion and Improve the Lives of Farm Animals is on sale now in hardcover and ebook. Click here to purchase a copy.