Meet the Heroic US Veterans Saving Animals from Poachers 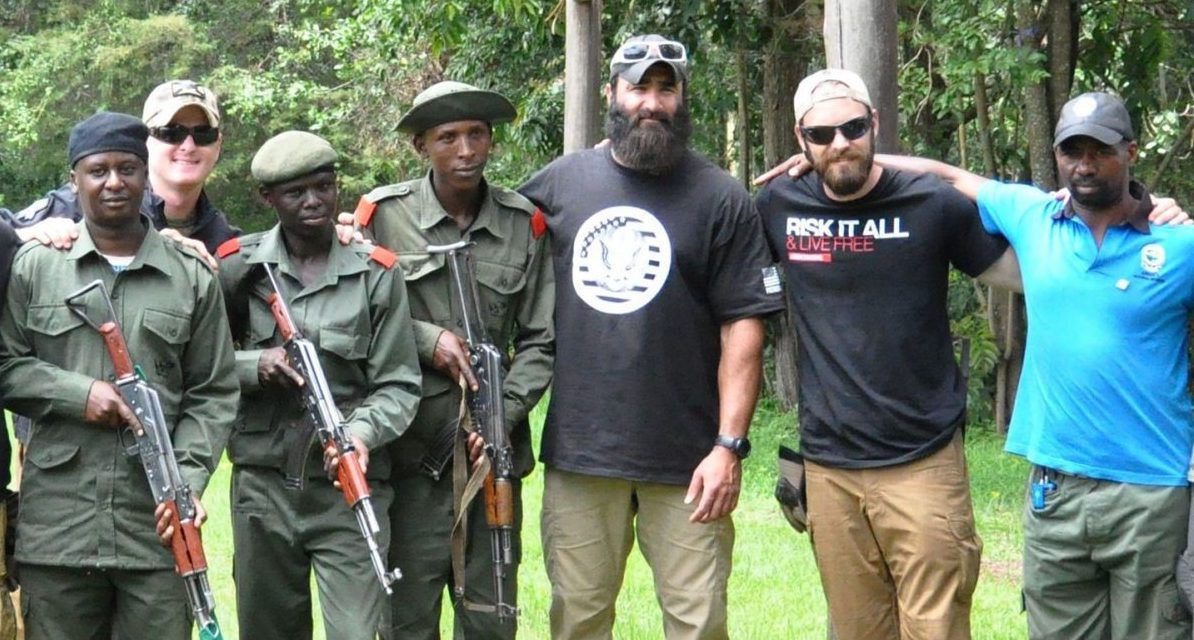 Despite conservation efforts to protect endangered species like elephants and rhinos, poachers still present major threats to repopulation. One group, though, has a unique idea to help park rangers catch poachers. Veterans Empowered to Protect African Wildlife (VETPAW) teaches rangers some of the skills that have helped U.S. veterans in their roles overseas – cover and concealment, night tactics, field medicine, marksmanship, and human terrain mapping (tracking poachers and learning to read them).

Ryan Tate, a U.S. marine who served in Iraq, founded the nonprofit in 2013 after watching a disturbing documentary about the effects of poaching in East Africa.

“At war, you see the human destruction and what we’re doing to each other,” Tate said in an interview with RNZ. “To see a helpless animal and an entire species being destroyed by human greed – it’s just – it has its own unique … effect to your brain, on it, to your emotions. At least it did on me.”

What really disturbed Tate and moved him to action were two specific images in the documentary he watched – one of an elephant left on the ground with its face cut off by poachers, and the story of a rhino whose horn was removed while she was under the effects of a tranquilizer. When the rhino woke up, she was dying from loss of blood, and in extreme agony.

Sadly, those two gruesome stories aren’t uncommon. Over the last 10 years, the elephant population in eastern Africa decreased 50 percent. But until recently, rhino deaths by poaching were increasing, reaching a record high of 1,2015 in 2014. Now, that number is declining, but not quickly enough. Just last year, 1,054 were poached. Although rhino horns are not made of ivory, demand exists in many Asian nations where the horn is used medicinally or as an aphrodisiac. Just one kilogram of rhino horn can bring in $65,000.

Environmental journalist Tony Carnie posted this graph detailing the number of rhinos poached during each year.

“I started putting it together in my head that I have a skill here, and a set of skills, that park rangers could be using as well,” Tate said.

Soldiers can help park rangers defend animals and themselves

In 2013, he traveled to Tanzania to see if he could help. After speaking to park rangers, he found his suspicions confirmed.

“What we learned was that it’s very much an organized crime. The same people and bad guys that are trafficking arms, drugs, and humans, are also getting into poaching. All those crimes are tied together.” Tate says the park rangers told him “we don’t understand who our enemy is – we can’t see them, we don’t know who they are because they don’t wear a uniform.” It sounded so similar to counterinsurgency in Iraq that Tate knew his idea would work.

We need more Boots on the ground to protect more area. Can you help us? Every little bit helps. https://t.co/zd0hXea7My pic.twitter.com/MSFZ7KywMV

Troops may contribute to militarization

Right now, VETPAW has six veterans who come from all different backgrounds, including the infantry, medics and special forces, who work in various parks in South Africa. However, in the few short years since its founding, the organization has already came under fire. VETPAW member Kinessa Johnson, at a gun show in Las Vegas, said “We’re going there to do some anti-poaching. Kill some bad guys and do some good.” This, along with the idea of carrying arms has caused some people to worry the group encourages militarization between park rangers and poachers.

Tate says this is a misrepresentation and that Johnson misrepresented the organization when she spoke in Las Vegas.

“We don’t bring veterans in to go hunt down poachers – you know, let’s go kill bad guys and America’s here to save the day – that’s the wrong attitude to have,” Tate explained in his interview with RNZ. “We bring in veterans that have a passion and understanding of the sensitives and complexities of the mission and operation at hand.”

A group of US war vets have joined forces with African park rangers to take on poachers. @Ryan_C_Tate, founder of @VETPAW, talks about the battle. The war vets are part of a doco called #BloodIvory (audio 22 mins) https://t.co/XyBuGgDbkn #Ngorongoro #animals #ivory #elephants pic.twitter.com/JXlf18lC5f

Training and weapons are tools to defend conservation and stop extinction

As for the concern over creating an arms race, Tate says it’s true that his organization works with local law enforcement.

“How else are we going to win this? We can’t sit down and sing a song with poachers and hope that everybody is going to get along and that the animals are going to live,” he reasons. “The bottom line here is that there’s bleeding going on on the ground, and that’s the animals. There are no second chances, extinction is forever, so if we lose these animals they’re not coming back.”

Tate’s nonprofit isn’t the only one to employ veterans in the fight against poaching. Lt. Col. Faye Cuevas was also attracted to the cause, joining the group International Fund for Animal Welfare. The data and tracking methods she uses to track poachers has resulted in a 43 percent decrease in poaching in Kenya’s Tsavo National Parks since 2015.

In many cases, poachers are armed and dangerous. About 100 rangers die every year in violent poacher encounters. Unfortunately, many park rangers are unarmed, which can leave them at the mercy of militarized poachers. This is why Tate believes his group can help poachers to protect themselves, and the wildlife.

“If you were a park ranger and you were going out on a patrol against militarized rebels wouldn’t you want to have a fair chance?” he asks.

“We’re making a big difference,” says Tate. “We’ve never had an animal poached under our watch.” 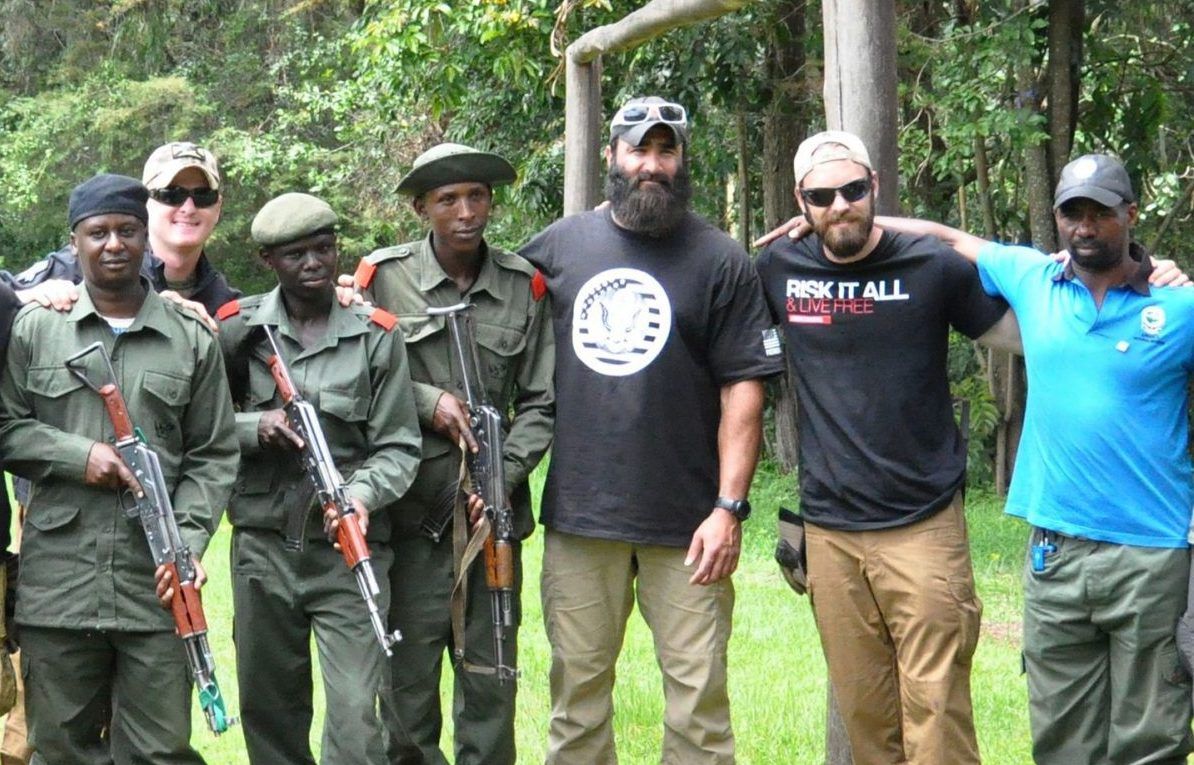