British Soldiers Are Protecting Elephants from Poachers Who Fund Terrorism 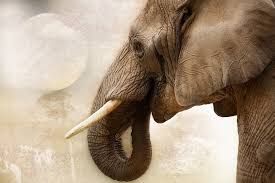 In response to an S.O.S call from the nation of Gabon, the British Army has deployed 16 elite soldiers to fight terrorists and protect elephants.

Gabon is believed to have the largest remaining population of forest elephants. But allies of terrorist groups Boko Haram and Al Shabaab are killing them for their tusks and then selling them on the black market to help fund extremist activities.

There are fewer than 100,000 of this subspecies of elephants across Central Africa. In 2013, it was reported that between 50 and 100 forest elephants were being slaughtered daily. In the past ten years, 36,000 elephants have been killed in Gabon.

Over the past five years, British troops have been deployed across several African countries including Tanzania, Rwanda and Ethiopia to to help African park rangers catch, arrest, and prosecute poachers. In Gabon, park rangers confront armed poachers unarmed. The British troops are training rangers to utilize weapons, make arrests, seal crime scenes, collect evidence, and improve communication through the use of technologies such as WhatsApp.

Gabonese park rangers are eager to stop the poachers, and have support from the people and government of Gabon — but they are faced with a difficult task.

Poaching is a complex problem that requires interventions and policy changes on several levels. The British Army’s current effort is heartening. But to ensure these elephants are not poached to extinction, it is crucial to end demand for ivory. China took a step forward when it announced that it would ban ivory carving and trading. But as some have noted, this is not enough. The illegal ivory trade market is much larger than the legal one — a major crackdown on ivory traders is needed in addition to anti-poaching efforts if there is any hope of saving this majestic species.