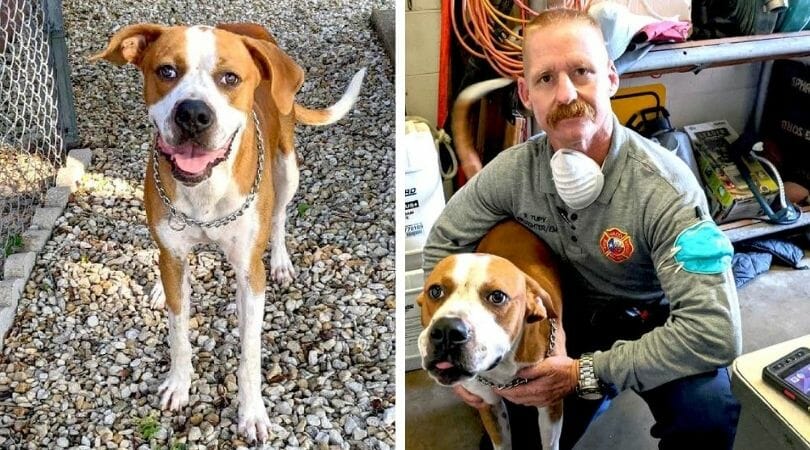 After finding a dog tied up outside a fire station in Waco, Texas, firefighters gave the pup a nice shady area and some water before calling the Animal Care Department to come pick him up. But while they waited, one firefighter, Richard Tupy, bonded almost immediately with the dog, which he then named Moses.

Likely left at the fire station overnight, Moses’s personality and sweetness instantly connected with Tupy. After Tupy made one quick call to his wife, it became clear that the Animal Care Department was no longer needed.

“He finally decided he couldn’t help but make this dog a part of his family so he called his wife to pick up Moses at the station and have him checked out at the vet,” the City of Waco posted on Facebook. “We’re sure he’s getting a lot of attention at the Tupy household now. This is one lucky pup!”

The city also reminded people that pet abandonment is against the law and urged those who are struggling to care for their pets to seek help, rather than desert their companion animals.

Moses is incredibly fortunate, unlike countless other abandoned dogs who endure needless and preventable suffering. Thank you to Richard Tupy for going beyond his call of duty and adopting a dog in need, and to the City of Waco for making it clear that leaving an innocent pet without care is never acceptable.