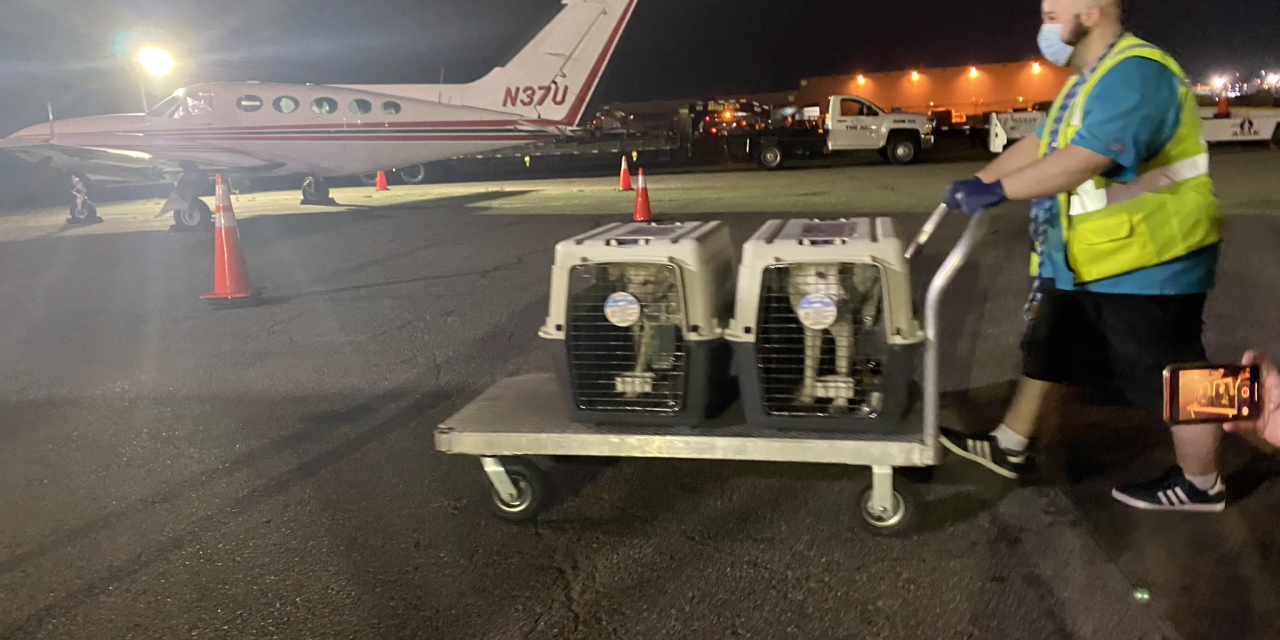 After U.S. Air Force veteran Christopher Griffin’s deployment to Iraq, he and other service members started feeding a litter of puppies born in their camp.

Griffin felt a special connection with a small, blue-eyed, pup, who he named Drifter. Soon, they bonded and he adopted her as his own.

When his orders came to return to the United States, Griffin — like many military members who adopt companion animals while overseas — had to leave Drifter behind.

But after Griffin returned home to Hampton Roads, Va., he was reunited with his beloved canine, thanks to the efforts of multiple nonprofit organizations. 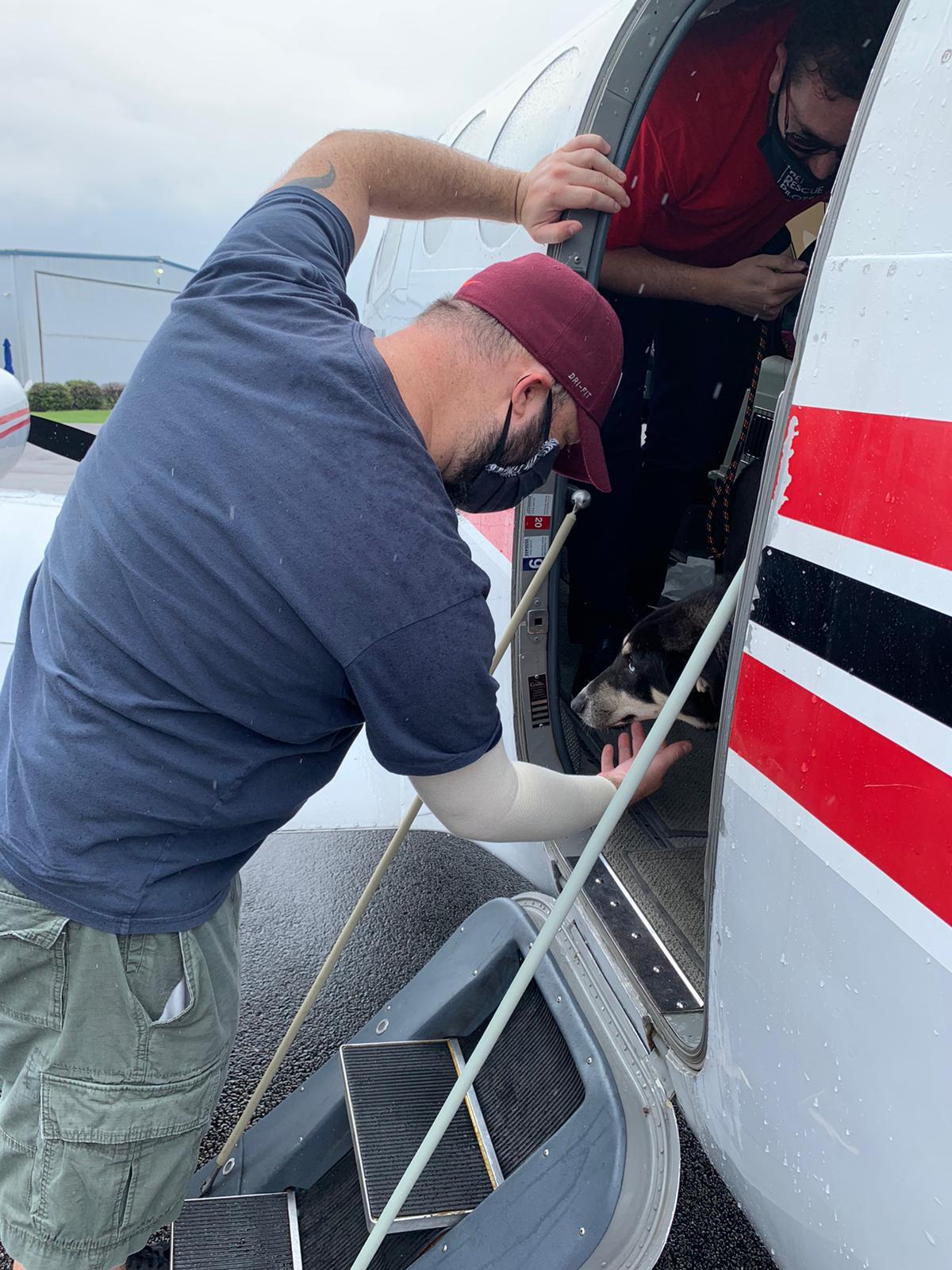 Drifter was rescued through a joint effort headed by the SPCA International. Along with Puppy Rescue Mission, Pet Rescue Pilots, Monarch Air Group, and JFK Airport’s The Ark, the SPCA International rescued and returned 47 dogs and cats to the U.S. service members who had adopted them overseas.

Originally planned for departure in March and April, the dogs and cats had to wait because of coronavirus-related travel restrictions.

The wait has been well worth it for Griffin and his family, though.

“It’s really exciting to have [Drifter] here and get to take her home,” Griffin said in a video interview with SPCA International.

SPCA International founded Operation Baghdad Pups in 2008.  The program is solely devoted to reuniting U.S. service members with the dogs and cats they befriend in countries where they’re deployed. 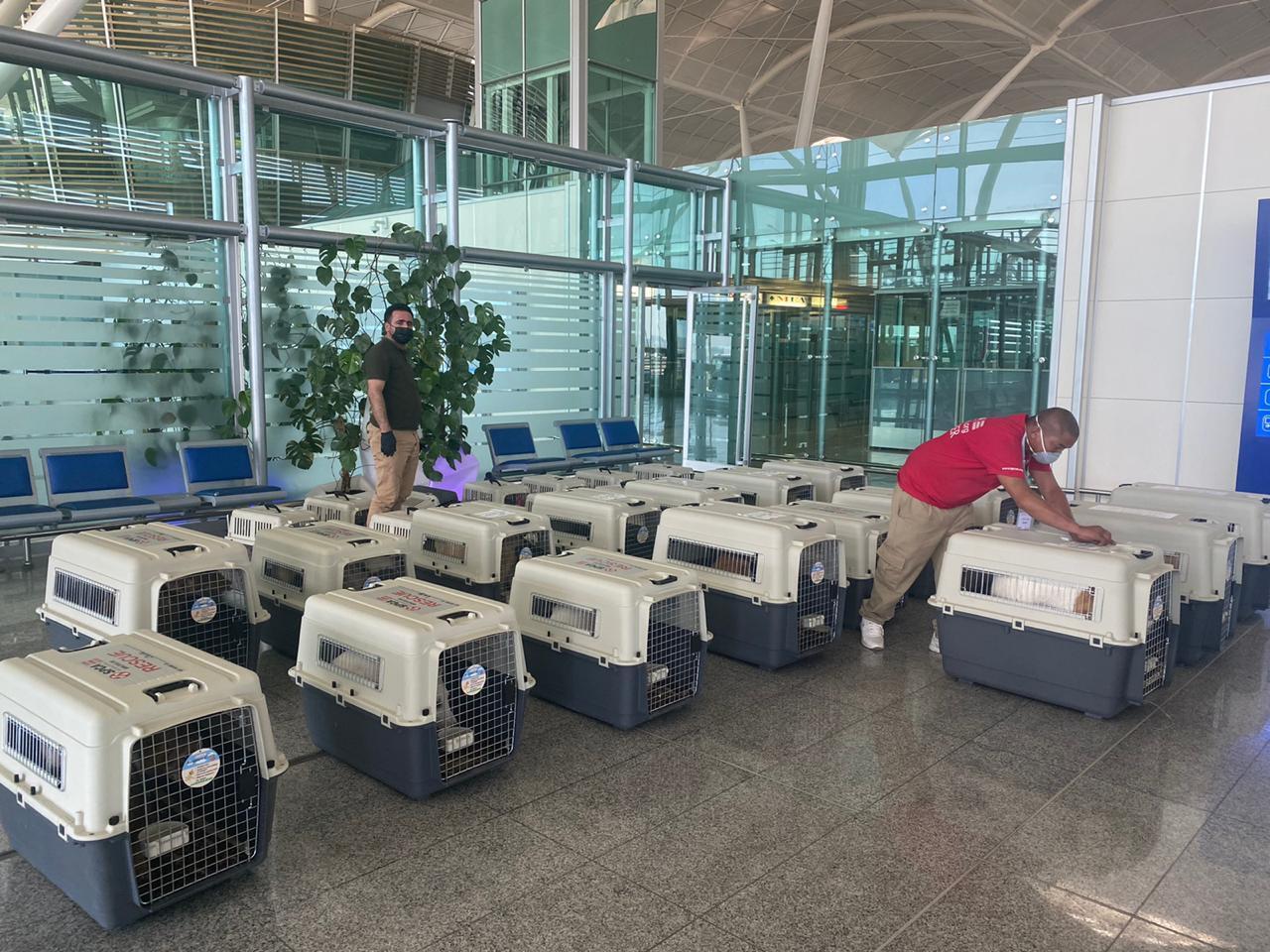 More than 40 animals adopted by U.S. service members in the Middle East are prepared for their flight stateside, which departed Iraq and arrived in New York on August 12. (Photo: SPCA International)

To date, Operation Baghdad Pups has reunited more than 1,000 animals from multiple countries in the Middle East, Central Europe, Southeast Asia, and Africa with their guardians, according to the program’s website.

“Our brave U.S. military members endure long deployments and cope with the harsh realities of the battlefield, as well as loneliness and separation from their families,” SPCA International said in a press release. “Local dogs and cats they find and befriend abroad often play a key role in building companionship and bringing them joy in difficult times.”

The animals left from Erbil, Iraq, on an SPCA International-chartered flight on August 12 and arrived the same day at the JFK International Airport in New York City.  A crew member inspected and oversaw the animals’ health while they were on board the plane.

Upon arrival, the animals underwent comprehensive health inspections and care at JFK’s The Ark. Then SPCA International coordinated the re-homing of 31 of the dogs and cats, while Puppy Rescue Mission helped with the re-homing of 16 dogs.

Anna Cannan, founder of Puppy Rescue Mission, said every animal the nonprofit rescues has a truly remarkable story, and life for animals in war-torn countries is often quite sad and difficult. 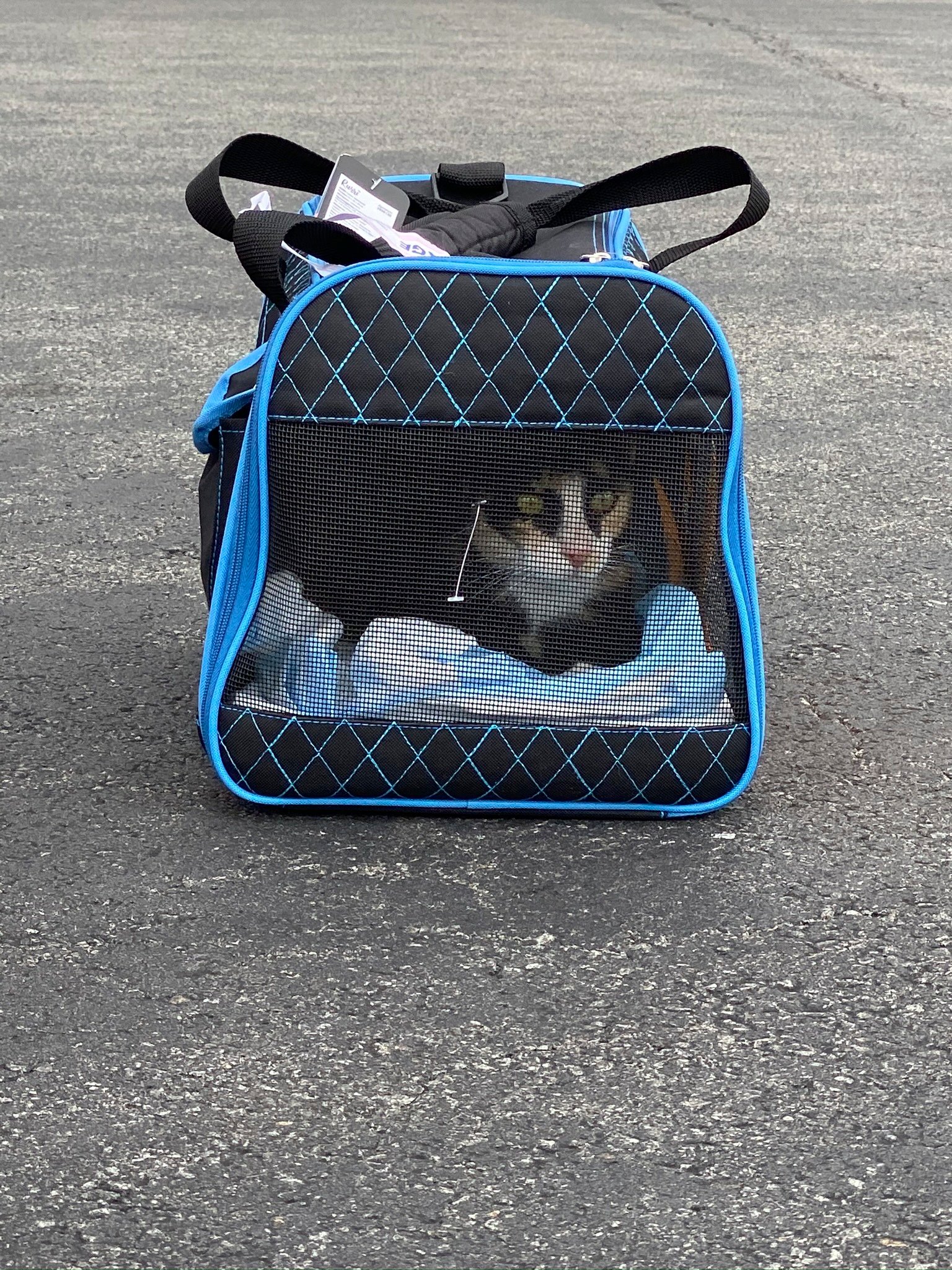 An adopted cat on the way home. Both cats and dogs were included in the most recent rescue effort by Operation Baghdad Pups. (Photo: SPCA International)

“We often hear how much these animals have helped [U.S. service members] cope through deployment and pushed them through on their darkest days,” Cannan told Lady Freethinker. “We have been told on numerous occasions by family members that these animals saved their soldiers’ lives upon returning home.”

Puppy Rescue Mission still has 38 animals in Afghanistan waiting to come home to America, who will return as funding allows, according to Cannan.

Operation Baghdad Pups  accepts requests from — or on behalf of — members of all military branches. Those interested can get in touch with the agency by visiting their website.

“We consider every request, regardless of the location, a chance for SPCA International to give back to our troops,” the agency said.