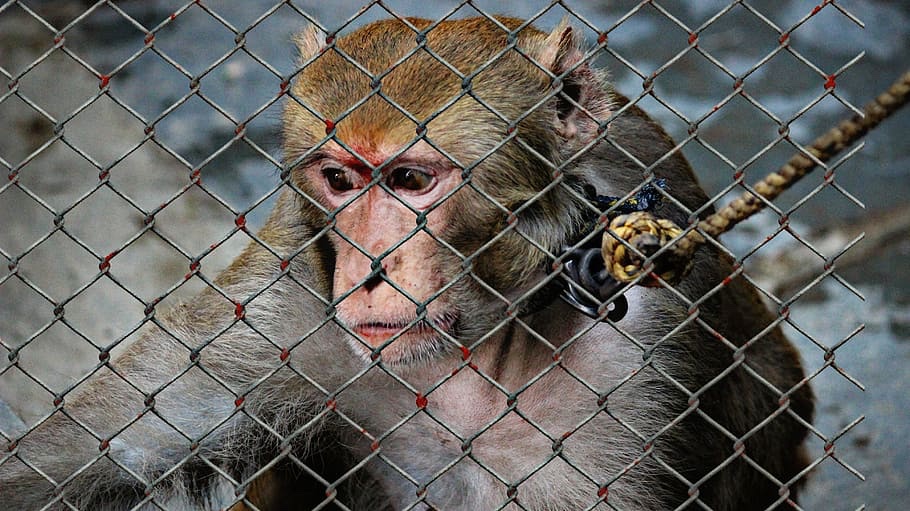 The International Primatological Society (IPS) has called for medical research facilities to end their use of wild-caught monkeys and other primates.

IPS highlighted the increase of primates being plucked from their natural environments and sold to biomedical research organizations in the last decade, and notably since the beginning of the COVID-19 pandemic.

This global, high-demand trade is a serious threat to primate conservation and “encourages and provides cover for illegal trade, furthermore adding to the detrimental impact on wild populations,” IPS pointed out.

In addition to the cruelty involved in ripping wild monkeys from their families, animal testing is being increasingly denounced as cruel by concerned members of the public, and as unreliable by scientists who note insurmountable differences in human genetics and that of other species. COVID-19 research showed that even using monkeys, whose DNA most closely resembles ours, can lead to possible, novel health concerns — including studies that suggest infecting monkeys with COVID-19 could cause the virus to  morph into a new variant in their bodies and so create a new health hurdle for humans.

IPS challenged medical researchers and supervising authorities to develop alternative research methods that do not involve the capture of wild monkeys and apes, as well as to more carefully review the sources of the primates they acquire for lab experiments and medical testing.

They also called for editors of scientific journals to stop publishing research based on experiments using wild primates or that harm wild populations.

LFT has reported on the cruelty endured by monkeys used in medical research as a result of the increasing global demand for primate research subjects, even before they reach their destined labs.

One such incident involved more than 700 long-tail macaque monkeys stuffed into small crates in the cargo hold of a WAMOS Air jet that flew from Cambodia to Houston, Texas. Several of the monkeys reportedly died during the ordeal, which included 24 hours of flying time, a six-hour stop-over in Tbilisi, Georgia, and many hours spent in transit to and from airports.

Monkeys sometimes become ill or die in transit due to stress from factors such as poor ventilation, loud noises and hours of confinement in cargo holds, according to Action for Primates. Monkeys that do manage to survive the painful and traumatic treks can end up with weakened immune systems and become more susceptible to infection or disease.

More than 80 international airlines have refused to transport monkeys for research, including Alaska, United, Delta, Spirit and Southwest airlines, as well as British Airways, China Southern Airlines and Qatar Airways.

If you haven’t already, sign our petition urging WAMOS Air to join the growing number of airlines that refuse to cater to such cruelty.