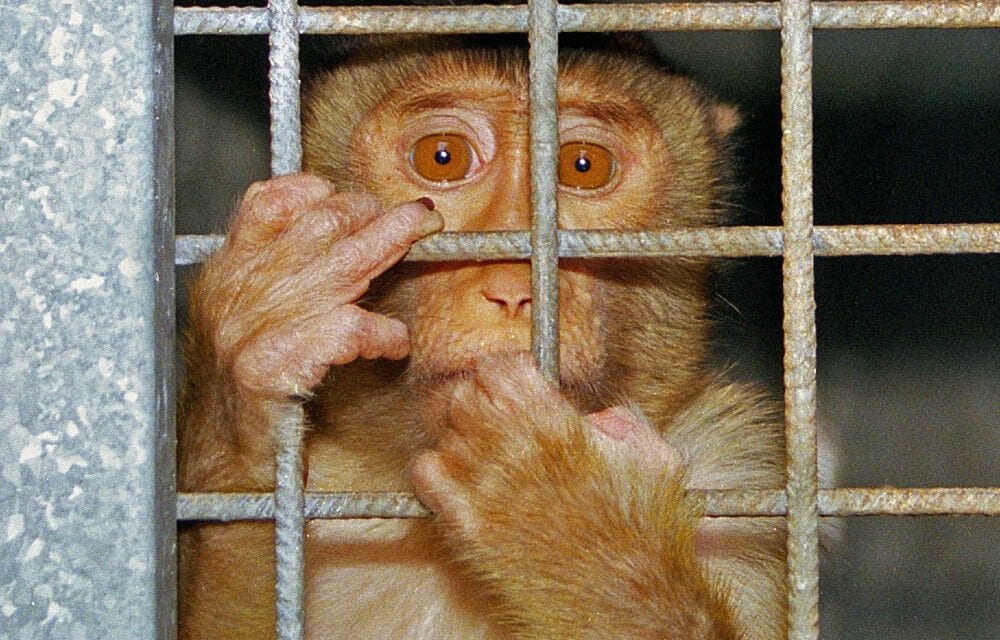 Hundreds of defenseless macaque monkeys were injected with COVID-19 vaccines, infected with high doses of the virus via tubes shoved down their throats, and then killed so scientists could look at their organs.

While the COVID-19 vaccines reportedly have saved countless human lives and suffering, the cruel clinical trials once again highlighted that significant genetic differences exist between humans and other species. Monkeys proved not to be “naturally” susceptible to COVID-19. They also didn’t develop severe symptoms like humans did.

Scientists have known for decades that animal testing is cruel, unreliable, and dangerous due to insurmountable differences in our DNA, compared to other animals. It’s why 90 percent of drugs approved in animal testing fail once they hit human clinical trials. It’s also why the drug approval process takes an average of 10 to 20 years, despite the human patients suffering and dying while waiting for effective treatments.

But monkeys are still in high demand, given outdated mandates that new drugs must be tested on at least two species of animals. The global race to find a cure for COVID-19 worsened an already-existing shortage of monkeys for research at the same time that approved, simultaneous trials in animals and humans showed there can be another way forward.

Yet rather than embracing the possibility in these methods and the countless lives — both animal and human — that they could save, some scientists and world leaders are pushing for an even greater reliance on animal testing.

The U.S. government recently pitched a 27 percent increase to the National Institutes of Health’s 2022 budget — to the tune of $30 million, taxpayer-supported dollars — to aid the agency with purchasing more monkeys for experiments.

That’s despite Congressional criticism in recent years after undercover investigations revealed some of the NIH’s taxpayer-supported research involved brain-damaging monkeys and then measuring their fear responses to fake “snakes” and “spiders,” and also the fact that the United States burned through more than 68,200 macaque monkeys for research in 2019 alone, according to data from APHIS.

Creating and subjecting more innocent animals to torturous experiments is the wrong takeaway from the COVID-19 pandemic. It’s time for the killing to stop.

The United States must amend existing laws establishing animal testing as “the only” way to advance medical treatments.

To continue as a world leader in innovation, the government also must shift focus to existing, ethical, and human biology-based alternatives that will provide safer, faster, and more effective medical treatments for humanity and the serious, crippling diseases we face.

Sign our petition urging President Joe Biden to withdraw further funding of animal testing without any safeguards as to how that money is being spent. We’re also asking Congress to ask hard questions — as they have done before — about the tests being done on monkeys and to nix the proposed $30 million increase for the NIH’s monkey-based medical madness.