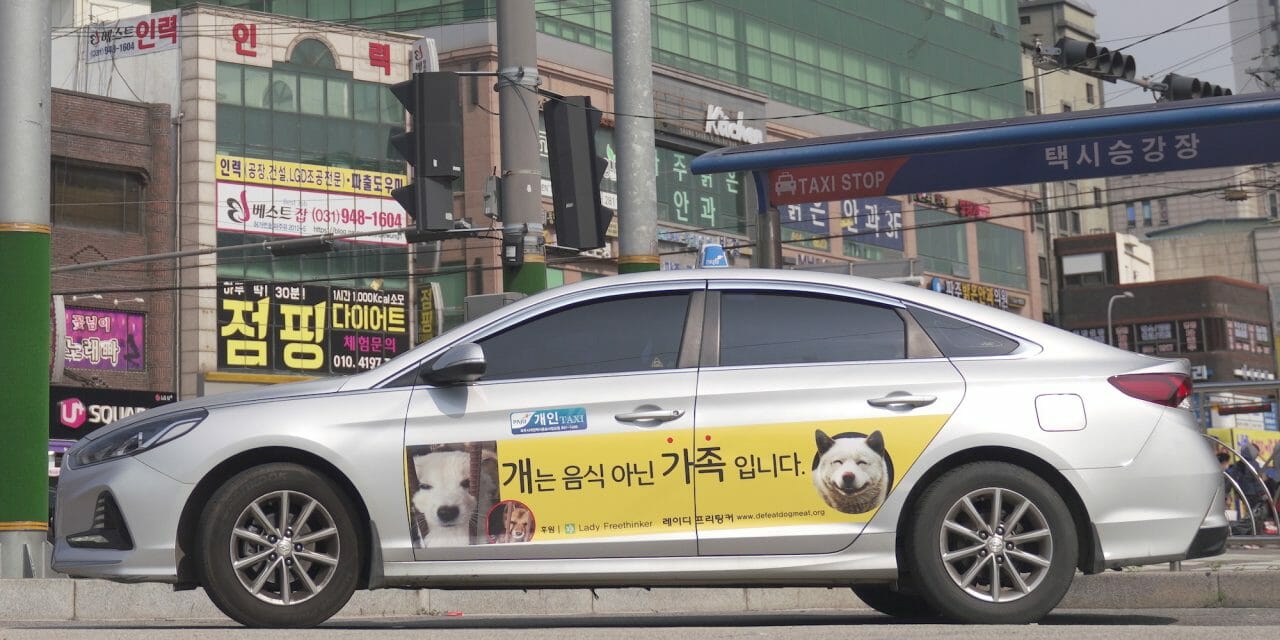 To raise awareness of the dog meat industry in Korea, Lady Freethinker (LFT) is sponsoring 20 taxi ads in the city of Paju with a clear message: dogs are “not food, but family.”

The new awareness campaign, created in cooperation with Gimpo-based animal rescue Save Korean Dogs, comes amid the ‘Bok Nal Dog Eating Days,’ where up to a million defenseless dogs are brutally slaughtered for their meat every year.

Koreans consume boshintang, or dog meat soup, during Bok Nal, which is supposed to be marked by the three hottest days of the year every July and August, for its alleged health benefits. This woefully misguided belief suggests dog meat has a “cooling effect” amid the stifling heat, despite a complete lack of scientific evidence. 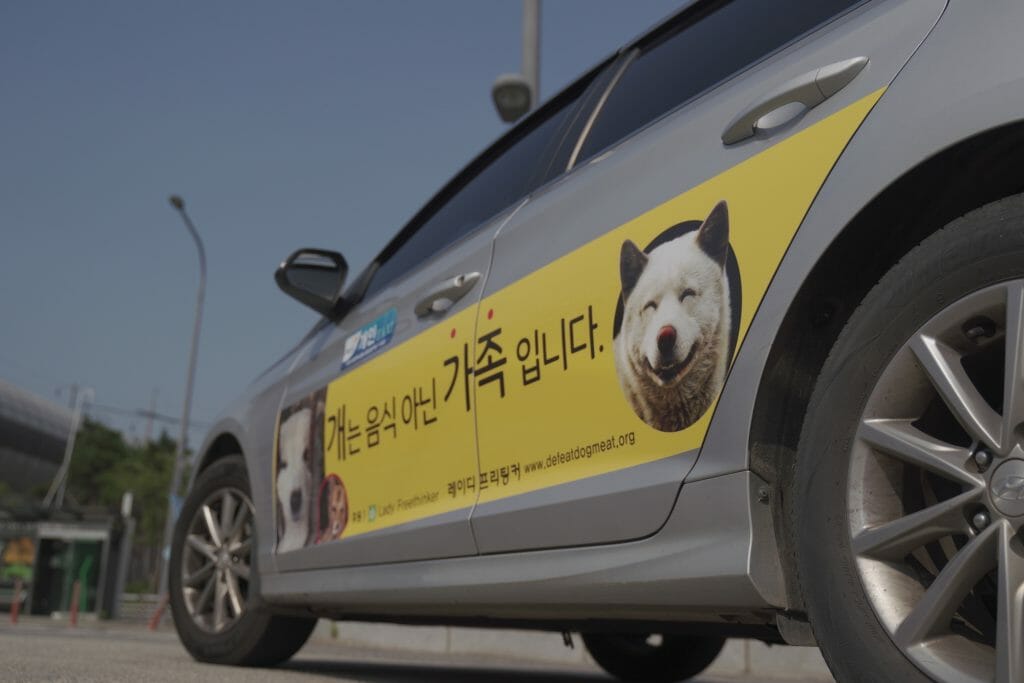 Korea is the only nation in the world that allows large-scale, commercialized dog farming, and the dogs who are slaughtered during the gruesome Bok Nal Dog Eating Days are raised in cramped, dirty cages on factory-style farms. Before ending up on someone’s dinner plate, these innocent animals are brutally strung up by their necks or electrocuted to death in front of other terrified dogs.

At the end of 2018, LFT sponsored two bus ads in the city of Gimpo, nicknamed “The Valley of Dog Meat in South Korea,” also in partnership with Save Korean Dogs. LFT extended the bus ad campaign through the end of this month because of positive responses to the ads, which read “dogs are not food, but family” and “please do not eat me.”

We must continue to fight back against the brutal dog meat industry in Korea. Innocent dogs are counting on us. If you haven’t yet, sign LFT’s petition urging Ambassador Lee Soo-hyuck and President Moon Jae-in to end this gruesome trade and implement a nationwide ban against dog meat throughout South Korea.