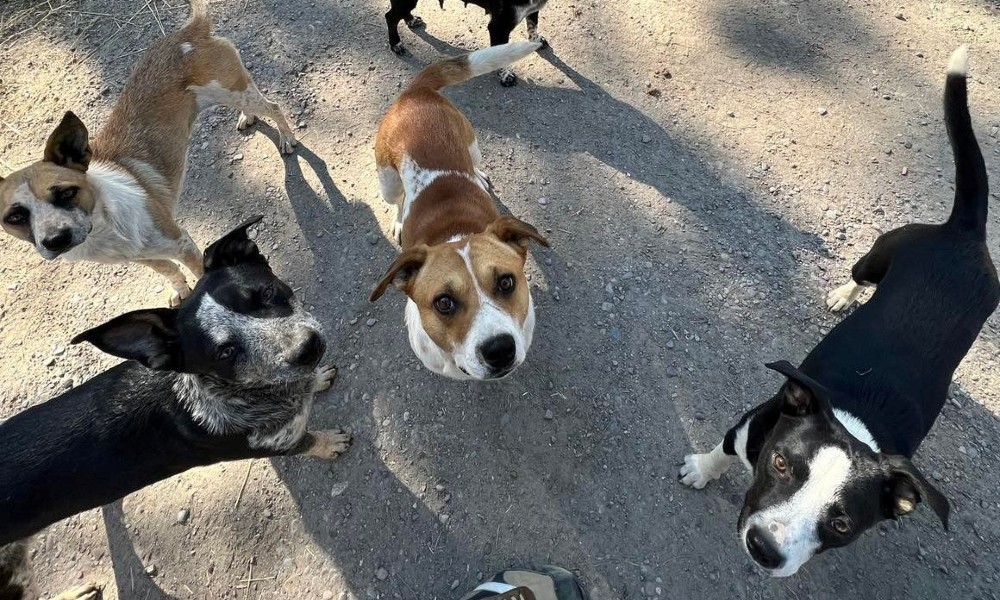 Panusz told me that he was waiting on a call about veterinary care for one of ARC’s rescued dogs. He was also trying to coordinate a temporary foster home for a dog who just underwent surgery and needed special care during recovery, but whose wheelchair-bound guardian wasn’t physically able to provide that care.

There were also the details of an upcoming, low-cost spay and neuter service in mid-December that he needed to nail down — especially since the small rescue, serving the Flathead Reservation in Montana, just took in 77 dogs in one fell swoop.

In mid-August, community members reported a wandering, pregnant dog. Panusz said no one knew where she came from and that she wouldn’t let anyone catch her.

But through persistent effort, ARC tracked the dog through the woods, to a remote home that was doing what it could to care for stray dogs who found the property. When Panusz made contact, he discovered 53 dogs – including several heavily pregnant females – on the grounds and a family desperate for help.

ARC, with its characteristic compassion and insight into the community they serve — where many families face dire poverty — said in a Facebook post at the time that the family had “done their best caring for the animals” and that the situation was an example of “where limited resources and time led very quickly to several litters, and a family who simply had trouble keeping up.”

Panusz praised the family for being willing to accept needed help for the dogs.

The case would prove challenging — and stressful — for ARC, a small and newer nonprofit which runs healing summer camps for youth and animals with trauma and also helps with grassroots emergency response.

“We took on this case because we knew if we didn’t, in six to eight months there would be 200 dogs instead of the 77,” Panusz said. “We made that decision on a prayer, that other organizations would understand and would respond.”

Lady Freethinker was one of those organizations, awarding ARC $10,000 through the Urgent Need Fund grant program, to help with emergency medical care and spaying and neutering for those dozens of dogs.

The following Q&A combines ARC’s grant application and a recent interview with Pansuz, with answers edited lightly for length.

A Q and A with Filip Panusz, Executive Director of Arlee Rehabilitation Center 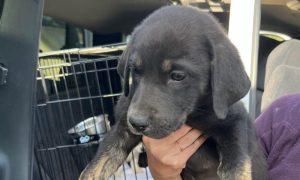 How did you spend the grant money?

In the past three months, ARC has been inundated with animals in urgent need, including Bogs, a dog who was abandoned, starving, and intentionally hit by a car; Buck, a dog who was first shot in the face and then hit by a car;  Johnny, a dog who was run over by a car, had his jaw shattered by a violent neighbor, and dragged his mangled leg around for many months;  Moccasin, a dog who was chained for a year and abused; and two puppies, Spots and Dusty, who developed parvo symptoms after intake.

The grant will help cover emergency costs, including those incurred due to the recent rescue and with canine trauma victims assistance. From the situation with the 53 dogs, several of the female dogs had litters of puppies, so we ended up with about 77 dogs who needed to be spayed and neutered. We are getting a discounted rate, but the costs really add up, and we still want to be available for any crisis situation in our community!

Our strategy prioritizes high-volume spay/neuter work that aims for sustainable and lasting change while mitigating suffering in the short-term. 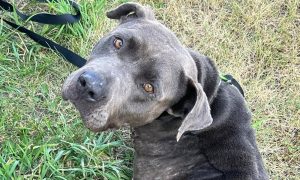 What would you like readers to know about your unique approach to healing both people and animals?

We provide a sanctuary where animals heal people and people heal animals. We focus on both animal and human trauma. The community we serve faces widespread poverty, with animals suffering as a result.

Although our flagship program, the Reservation Canine Healing Experiment, harnesses the power of reservation dogs to bring healing to human trauma victims, a major part of our work focuses on bringing healing to abandoned, abused, and neglected canines from within our communities.  This is the focus of our two remaining programs: our Spay/Neuter Taskforce and “Paws on the Ground,” a grassroots emergency response program.

Tell us more about rescuing and helping the dogs whose care is being supported by the LFT grant.

After I made contact at the home and found the 53 dogs, I spent about two months going over there to assess the status of the dogs and their conditions. In the first few days we evacuated about 20 dogs, including puppies and pregnant females who were a priority. Four of the mamas were heavily pregnant and gave birth in foster care. A main focus for us now still is in helping that family, but we of course still have emergency calls coming in. 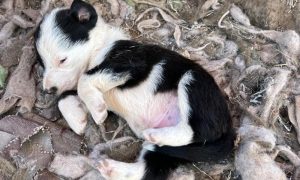 Does the impending winter impose any additional challenges for ARC and the animals?

Our work is somewhat seasonal, in that in the summer we focus on healing youth and the animals, and then in winter we shift more to helping low-income families and the animals. Right now, I am scrambling to find a temporary foster home for the dog of one community member who needs assistance. In winter, our biggest challenge is getting to places safely, without jeopardizing our staff’s lives on the roads. We want to be as prepared for crisis situations as we can be. Thankfully, the last few days haven’t been too cold. (Editorial Note: On the day Panusz spoke with LFT, there was a snowstorm in the area, and temperatures had dipped below freezing.)

What would you like LFT supporters to know about what receiving the grant funds means to you, ARC, and the animals?

Oh my gosh. It was an enormous relief when we got that letter and knew we could move forward. We were getting to the point where we would have had to limit what we could do in terms of responding to emergencies.

The gratitude – I can’t quite put that into words or measure that. It was amazing for us. I am so deeply grateful for you, and it will mean so much to the community we serve, where there is so much trauma. 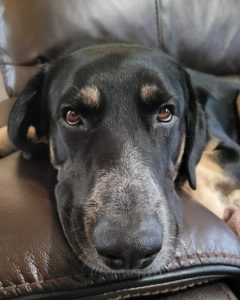