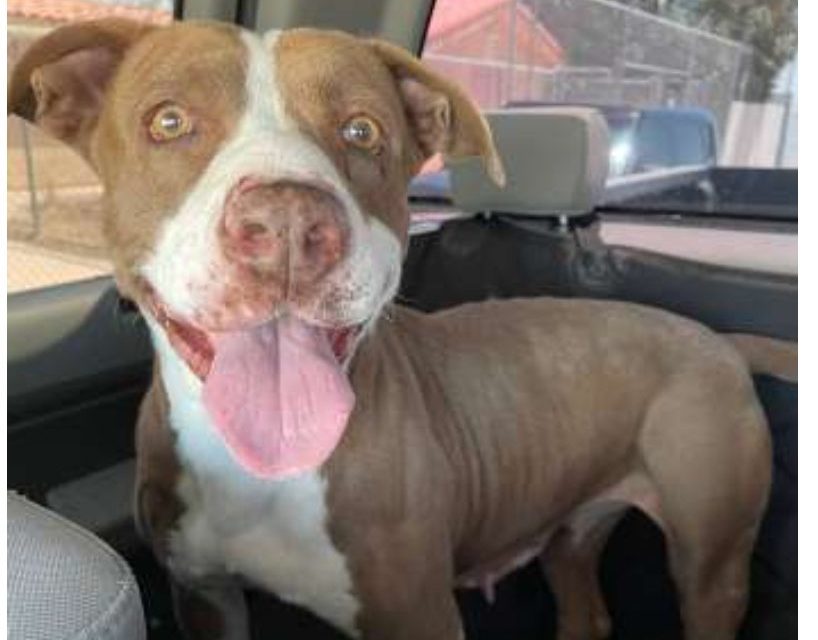 Buddy, a tiny fawn-colored dog, sat outside on a small box, hooked by his collar to the wrought-iron window above him, for ten hours before caring passerby reported the cruelty to authorities.

One wrong move and the pup likely would have hung himself, said Vanessa Acosta, an animal cruelty detective with El Paso Police Department.

Buddy’s next chapter will be happier — he’s been adopted, and currently is in training to be certified as a therapy dog for children who have to testify in court. And other dogs seized in cruelty and neglect cases in Texas will get a second chance at happiness, all because of Acosta’s dedicated work and the support of Lady Freethinker’s Urgent Need Fund award of $10,000. 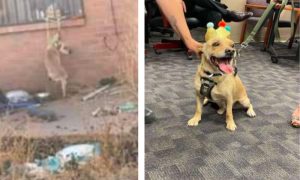 Buddy, before and after (Courtesy Law N’ Paws)

Memphis, one of those dogs, was living injured in a junkyard until caring workers reported his situation. Law N’ Paws stepped in, had Memphis treated at a vet clinic, and adopted him out to a loving home where he now enjoys runs with his new family.

Acosta founded Law N’ Paws, a registered nonprofit, after the cruelty beat showed her a vast scope of animal suffering as well as a limited number of resources.

She currently has 80 dogs, confiscated or surrendered from El Paso’s animal cruelty and neglect cases, at her shelter, where they are provided with all needed medical care, daily exercise, and socialization. All dogs also are spayed or neutered, vaccinated, and microchipped.

Acosta’s stories about rescued dogs – like her work – seem endless.

Law N’ Paws has taken in dogs who have been tortured, starved, and left to suffer from untreated abuse or ailments — including mammary tumors, broken bones, heartworm, and parvo.

Acosta has weathered heartbreak when some of the most badly abused dogs, like Sabrina — a severely emaciated dog kept tethered indoors so she wouldn’t “urinate in the house” — don’t survive, even with emergency care, vigilant fostering, and a valiant fight.

But there are many more stories of resilience and redemption – and Acosta says those moments make the hard work worth it. 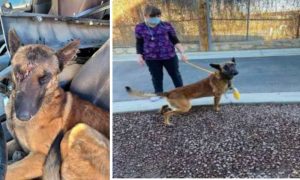 Memphis, before and after (Courtesy Law N’ Paws)

The rescue rehabilitated Redd and Peyton, dogs from separate neglect cases who were each found in cramped crates and emaciated  — both of whom have since been rehabilitated and are looking for forever homes.

Law N’ Paws also helped Onyx, a jet-black dog with intelligent brown eyes, whose paw reportedly was stuck under a fence and torn, exposing bone. Onyx’s owner reportedly wrapped the paw for a week, then abandoned the suffering dog after a trip to a veterinarian’s office.

An orthopedic surgery later, Onyx is on the mend and soon will be ready for a forever home, Acosta said.

Lady Freethinker awarded Law N’ Paws a $10,000 grant to continue with their life saving work as part of the Urgent Needs Fund grant program, supported in part by our generous donors. Thank you so much for making these awards possible!

The following Q&A combines excerpts from Law N’ Paws’ grant application and an interview with Acosta. Answers have been edited for length. To learn more about Law N’ Paws, inquire about adoptable dogs, or further support their work, please visit their website here.

A Q&A with Vanessa Acosta, Founder of Law N’ Paws 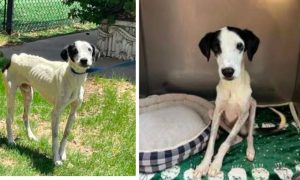 What inspired you to help animals by starting Law N’ Paws?

I started getting cases because people knew that I liked dogs. But I noticed that many of the dogs were deceased by the time I wrote up the warrant. Little by little, I saw more and more cruelty cases, and that there were not a lot of rescues, that rescues were limited in what they could take, and that hundreds of animals were falling through the cracks.

One of the cases I was working involved a little black dog who had a collar embedded in her neck. I pulled her from Animal Services, paid for her veterinary care, and helped find her a home.

I started researching. I never thought I was going to “do” rescue. I thought there would be [enough] local rescues, but there weren’t, so I took the step I needed to.

So I started the rescue. I decided to call it Law N’ Paws because I am law enforcement, and I am helping animals. I also went to our chief’s office and told him about the thousands of animals falling through the cracks, and he was upset. I established my rescue in February 2017, and El Paso Police Department started an Animal Cruelty Unit in October.

Many animal cruelty victims have to be evaluated by a veterinarian for evidence.  Since Animal Services has limited capabilities in providing this service, Law N’ Paws needed to step in to assist in finding the necessary veterinary resources to develop a solid criminal case against the abusers.

Many of the rescues also take in dogs that are considered more adoptable. Most of mine are the most abused. We have a lot of pit bulls. These are the dogs that endure starvation, abandonment, and torture. Many have major medical problems that can cost into the thousands of dollars.

How will the grant money be spent?

We have 80 dogs right now at the shelter. The grant money will go toward shelter and rehabilitation expenses, including veterinary care, grooming, food, building maintenance and operation, and a planned shelter expansion. Even though our animals come from cruelty cases, many of them have special diets, because the conditions caused them to develop issues. Special food is expensive. The grant will also help with our utilities and keeping them warm throughout the winter. 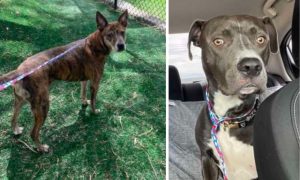 Why do you believe helping animals is important?

They are innocent. They’re the ones that need the most protection. They are the most abused, and they don’t have a voice.

People think they are going to be aggressive, but they aren’t. They are very sweet, and they’re very grateful for everything you do for them. It’s amazing that after all the abuse they go through, they can still trust you as a human being.

I also learned through research that violent offenders often start by harming animals, and then transfer aggression to kids, the elderly, or their spouses. I told our police chief, “This can lead to something else. You have to catch this early.” I’ve also seen the link with some of our repeat offenders of elderly, child, or domestic abuse that they have a history of hurting animals. 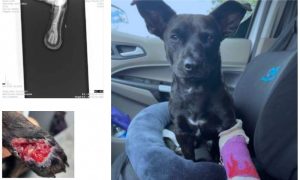 What makes the hard times worth it for you?

One of the hard things is when animal abusers get probation, and they’re not allowed to own animals during that probation but then they can own again. I wish there was a law that if someone is convicted of animal cruelty, they can never own animals ever again. We do see repeat offenders.

[But I stay with it because] the animals need our help. If we don’t help them, who else is going to help them? So we need to keep going.

What would you like LFT supporters to know about their support of your nonprofit?

It’s been a blessing! I was so grateful and appreciative, that of all the nonprofits that applied, they even considered us. It can be very hard to get funding as a small organization, and this will go a long way in helping the animals!

I want to thank Lady Freethinker and the public for supporting us. And please remember that we, as rescues, need fosters! 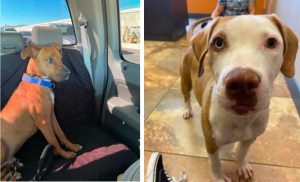