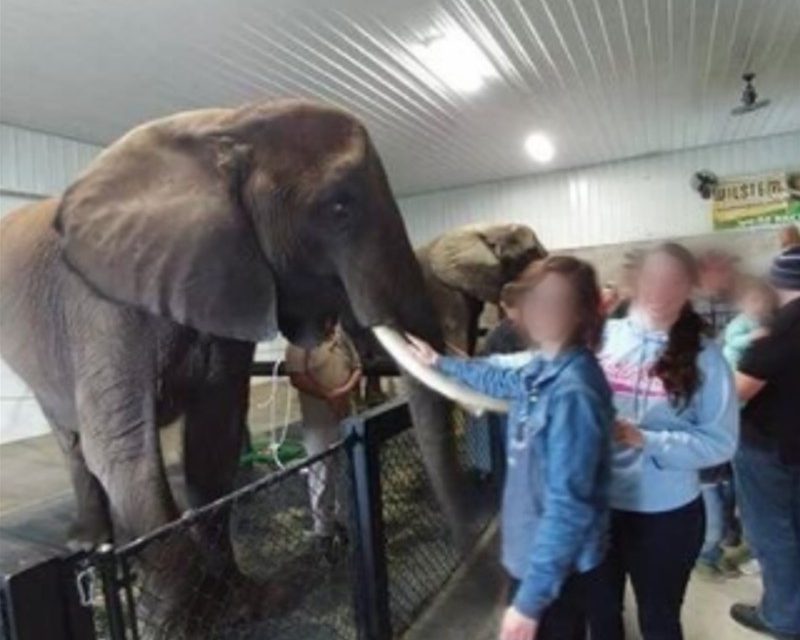 An Indiana wildlife exhibitor recently fined $8,000 for numerous animal welfare violations also has a reported history of lying to federal inspectors and trying to “hush” up animal deaths and mistreatment, according to affidavits obtained by Lady Freethinker through a public records request.

Wilstem Inc, a for-profit business registered under owner Jerry Fuhs, runs both a lodge and a wildlife park in French Lick and Paoli, Indiana. Promoted exhibits include paid interactions with elephants, otters, kangaroo, sloth and giraffes — including touching and photos, and ranging from $10 to $599 per encounter — as well as a “self-guided” drive-through safari where visitors can “feed the animals through your windows,” according to the business’s website.

Wilstem was fined $8,000 by the U.S. Department of Agriculture (USDA) earlier this year, with the federal agency citing several critical issues across inspection dates, including inadequate fencing that allowed predators to kill multiple animals, an eland who broke her neck during a failed attempt to tranquilize her, and an escaped kangaroo named Perth who flipped over a wobbly fence, was gone for two days before being found, and was then shot to death.

Authorities also cited the killing of a llama “by dropping the live animal in a hole intended for burial and crushing its skull with an excavator bucket,” which was “not an approved method of euthanasia in the program of veterinary care,” according to the USDA document.

The inspector also documented three camels who did not have any shade from June through September 2020, when temperatures averaged between 76 and 94 degrees, and 18 goats and seven sheep also on display who had only a single shelter not large enough for all of them and who also had no additional shade.  A child also was allowed to climb and then hang on a fence in the drive-through safari in “direct face to face contact with the camel” without any facility attendant present, in violation of the USDA’s regulations, according to the public records documents.

Wilstem Wildlife Park told Lady Freethinker that the events and allegations in the public records documents happened three years ago and that management would never encourage employees to lie or falsify reports. The facility also issued the same statement provided to local news earlier this year.

“Proper protocols were not followed by previous staff members and immediate corrective actions were taken at that time,” Wilstem Wildlife Park said.  “Since then, we have agreed and paid the fine of $8,000, been working closely with the USDA, and have received five inspections all of which resulted in zero violations.”

That statement does not appear to be completely accurate. USDA records show a total of four inspections since the noncompliant September 2020 inspection, with no violations noted at inspections on June 8, 2022, when the facility had 172 animals on site; Jan. 26, 2021; and Dec. 13, 2021. An inspection on June 9, 2021, resulted in one “teachable moment,” in which inspectors noted the facility did not have adequate methods for pest control for flies in the kangaroo barn area, according to public records documents. 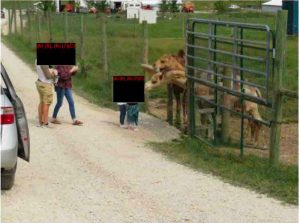 Animal interaction without a Wilstem employee present (Courtesy of USDA)

Affidavits from a federal investigation conducted in recent years, obtained by LFT through a public records request, also show additional, highly concerning animal welfare issues that never made it into the USDA reports  — including a donkey with a broken leg left to suffer for hours overnight,  whose condition worsened to the point of the bone protruding through the leg the next morning.

The inspector’s affidavit also mentions giraffes whose inspector-ordered enrichment reportedly was removed as soon as the inspector left, ailing aoudad who never were seen adequately by a vet although Wilstem Inc said they were, and an emu at the drive-through safari who was run over by a guest and then shot to death by Wilstem, despite a veterinarian not being consulted or approving that method of euthanasia as a default, according to the public records documents.

“I’m concerned the owner has learned that he can get out of anything improper if he can do damage control after the fact, at least enough to cause any doubt to have non-compliant situations turn to his favor,” the inspector wrote in the affidavit.

The inspector added that she had serious concerns about animal welfare and the animal interactions happening on site.

A miniature donkey allegedly was transported in a dog crate and “dragged out by its feet while lying on its side because it was too large to fit in the crate,” the inspector wrote, noting the incident was “another example of lack of knowledge or basic consideration of animal welfare and care at this facility.”

Drive-through staff reportedly told the inspector they would limit paid, public feedings “if the animal looked distended or their abdomen was rounded,”  which the investigator noted was not appropriate as it would already be too late at that point to stop discomfort to the animal.

Staff continued to exhibit a male kangaroo named Brisbon who had started exhibiting “strange behavior,” according to the inspector’s affidavit.

The inspector also shared concerns with Wilstem that kangaroo and sloth were being forced to interact excessively with people, seven days a week during the facility’s open hours through 5 p.m., and offered possible improvements, including limiting the times and days of public contact with the animals. While staff “advised that they would consider some of the options for a safer encounter and time for the animals,” the inspector said that two days after her interview a complainant told her that the facility instead chose to extend the interactions through 8 p.m., rather than limit them.

“It appears the facility is not taking AC (Animal Care) concerns about animal handling seriously, as they have increased the public contact by 2. 5 hours a day with more people,” the inspector wrote. “My concern is for the welfare of the regulated animals, and I believe the main concern at this facility is getting more revenue by providing more animal encounters and inventory to bring in the public.”

An employee who refused to allow visitors to touch a sloth who showed “signs of agitation” during sloth encounters allegedly was fired by Fuhs, according to complaints received by the investigator. Other employees also told the inspector their positions changed — or ended — after they reported welfare concerns.

“There were at least 3-4 people that were fired or left within the week after the initial inspection due to Mr. Fuhs [redacted] believing they were the complainants,” the inspector wrote in her affidavit. “Several of them were not and lost their job under false accusations.” 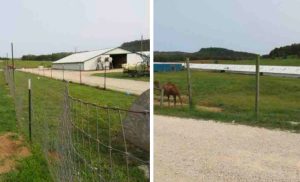 The federal inspector wrote that Wilstem failed to report nine animal deaths and did not have complete or accurate animal care records in 2021 and that she had concerns that Fuhs lied to her and encouraged employees to lie to her.

The inspector noted that employees told her the llama who was crushed was alive during transport, then referenced written statements that the llama actually had died in transport prior to being crushed with the excavator bucket that weren’t written in the employees’ handwriting and that the employees’ stories about what had happened to the llama changed multiple times.

“I asked Mr. Fuhs why their statements had changed because they had been adamant at the inspection that the animal was still alive. He did not have an answer,” the inspector wrote.  “I believe that Mr. Fuhs exerted pressure on them, with the possibility of being terminated, to get them to write these statements according to informant info.”

The inspector also questioned staff about their stories changing regarding the eland who broke her neck.

“I asked [Redacted] why he lied to me again about the details of the incident,” the inspector wrote. “I asked if he just told me he darted it and took it to the vet alive for him to be put down so that it didn’t ‘look bad.’ At this time [Redacted] nodded yes and mumbled ‘yeah.’”

The inspector wrote that she felt “the multiple deaths of the animals at this facility, and how the management lied and changed their stories in order to get out of their responsibilities, should be considered.” 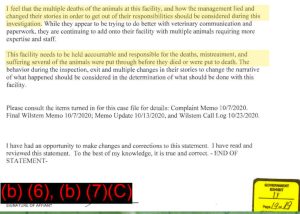 “This facility needs to be held accountable and responsible for the deaths, mistreatment, and suffering several of the animals were put through before they died or were put to death,” the inspector wrote.

Former and current Wilstem employees also alleged, in signed affidavits obtained via public records requests, that the facility was “hush hush” about animal deaths and poor conditions for animals, including allegedly by not reporting animal deaths, falsifying paperwork to hide the deaths, and disciplining or terminating staff who brought up welfare concerns.

One former employee reported that a male kangaroo, Perth, fell over dead one day and was replaced with another male kangaroo, also to be named Perth.

“Jerry Fuhs told me not to record this death as we were receiving another male kangaroo to replace this one and he was to be named ‘Perth’ as well,” the employee wrote in the affidavit. “To my knowledge neither the death nor the replacement was ever recorded in paperwork.”

The facility also made headlines in 2017, when a trailer carrying three elephants on loan to Wilstem from Florida-based exhibitor Jorge Barreda caught fire and the elephants escaped onto Interstate 24, west of Chattanooga. 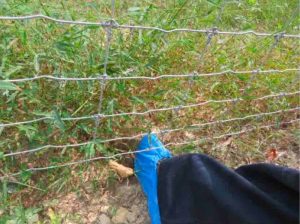 Wilstem’s Guest Ranch reportedly brings in $213,299 in annual revenue, while the wildlife park’s annual revenue is closer to $516,600,  according to Dun and Bradstreet, which tracks the income of private businesses.

Wilstem’s federal license is active through April 28, 2023, according to USDA documents.

We’d like to remind our readers that while venues featuring animal interactions or “drive through” experiences might seem like “fun” or harmless on the surface, the animals’ welfare often often takes a back seat to any profit that can be made from their exploitation. We would also like to remind our readers that true conservation does not involve paid physical contact with animals, despite any claims to the contrary by facilities like Wilstem Inc.

We strongly urge everyone to choose more compassionate, animal-free “entertainment” instead. Please also make sure to sign our petition asking for an end to animal interactions at Wilstem Inc.