Saved from A Meat Factory in China, Frankl Has Transformed Into A Therapy Dog

Home » Animals » Dogs » Saved from A Meat Factory in China, Frankl Has Transformed Into A Therapy DogBy Colleen Jaskot | August 19, 2020 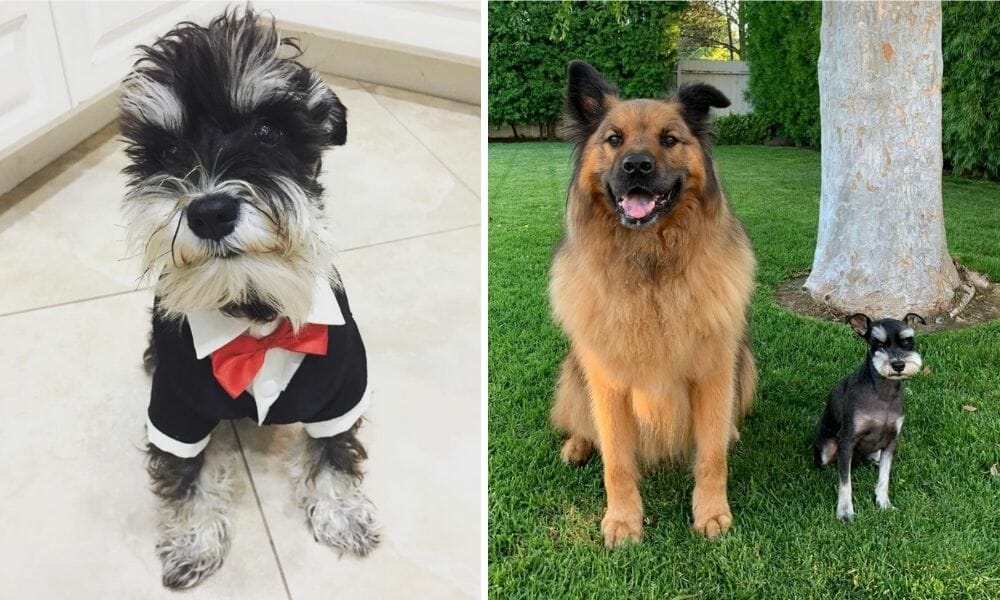 A dog who has been through his own share of cruelty and hardship is now helping other fearful and abused dogs learn to trust.

Frankl, an adorable 5-year-old Schnauzer, was rescued from a horrific Chinese dog meat slaughterhouse as a puppy. Now, he lives in California with his adopter, Kimberly Wright, and has taken on a very important role: helping the foster dogs come out of their shells.

When the skittish and shy foster dogs see Frankl interact with Wright, they start to want affection and attention too, Wright told Newsweek.

Nonprofit animal rescue group Animal Hope and Wellness Foundation bought him from the slaughterhouse, where he lived in cramped conditions with countless other dogs. He had matted fur, malnutrition from being underfed, and suffered from the highly-contagious canine parvovirus.

When Frankl first got to the United States in December 2015, he was so skinny and wouldn’t drink from a water bowl. Instead, he licked up his own urine from a pee pad — a habit he learned out of necessity at the slaughterhouse.

After a lot of love and care, Frankl is a new dog. He’s healthy at nine pounds and eats plenty of delicious dog treats. In addition to his therapy dog duties, he loves to play with his stuffed candy corn toy, and he sometimes sports a tuxedo jumper around Newport Beach. Frankl even has his own Instagram account “franknotfood.”

Frankl’s story has a happy ending, but unfortunately, his siblings’ stories do not. At about five or six months old, slaughterhouse workers boiled, dismembered, skewered, and burned his brother and sister, according to Newsweek.

Until eating dog meat is explicitly banned in China, this cruelty will continue. At the annual Yulin Dog Meat Festival, many dogs are stolen from families off the streets, and the frightened animals wait in cramped, dirty cages to then be butchered and eaten.

If you haven’t yet, help dogs like Frankl by signing Lady Freethinker’s petition to end the horrific dog meat trade in China.