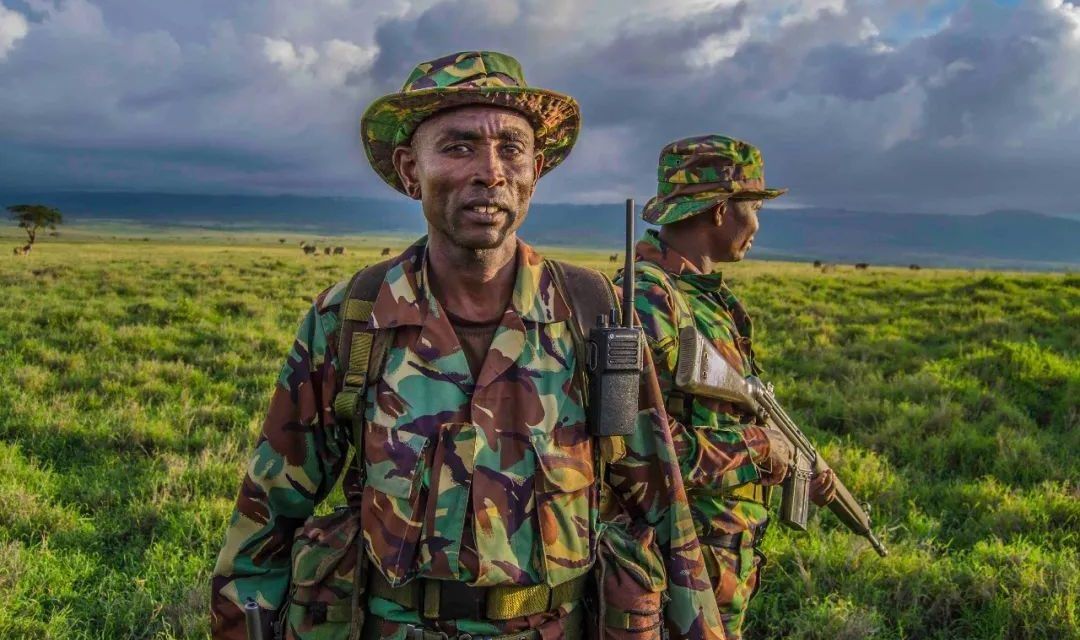 After years of hunting down elephants for their tusks, poacher Kapona Lapalee “Nanyuki” had a change of heart that completely turned his life around. Now, he dedicates himself completely to protecting wildlife and stopping poachers.

His work has been so impactful, he received an award this August at the first annual African Ranger Awards held by the Chinese non-profit Alibaba Foundation and Paradise Foundation.

“As more and more people come to know the power and the beauty of nature, more and more will become volunteers to stand with the rangers and protect it,” a partner of Alibaba Group and chairman of Alibaba Public Welfare Foundation, Lijun Sun, said during the ceremony.

Nanyuki’s turning point came after killing a family of elephants. He slaughtered two mother elephants for their tusks, but their baby elephants remained. Desperate, they refused to leave their dead mothers’ sides. Nanyuki killed the baby elephants as well.

The gruesome scene caused him to reflect on his life. In the last five years, he’d killed 50 elephants. With this final act, he decided he couldn’t lead the life of a poacher any longer. Instead, he became a lead tracker for LEWA Wildlife Conservancy in Kenya, where he’s been working for the last 18 years.

“I have committed my life to making up for what I did,” Nanyuki said. “When I decided to change, there was no better way to ‘clean my hands’ than to become a wildlife protector. My family and community, who had ostracized me, are now my biggest champions.”

Michael William Watson, CEO of LEWA Wildlife Conservancy, nominated Nanyuki, reporting that not only does Nanyuki track, he also acts as an important community liaison and works to convince poachers to change their ways.

“He joined Lewa 18 years ago as a ranger to atone for his actions and has since become an indispensable member of the team. This award is a crowning moment to honor his dedication to ensuring a future for wildlife,” the organization wrote on their Instagram account. “Nanyuki has been at the forefront of our efforts. He works harder than people half his age, inspires and trains new rangers, and boosts the morale of the team. The Lewa Anti-Poaching Team wouldn’t be what it is today without him.”

Out of the estimated 20,000 to 25,000 people who risk their lives to protect wildlife every day, 140 were nominated for this first award ceremony. To be selected, the rangers had to be active and a citizen of an African country. The judges also took length of service, the threats each ranger faced, their impact, and leadership into consideration. Nanyuki was one of 50 rangers to be honored with an award and a $3,000 personal grant.

“When our grandchildren ask us what did we do that is meaningful in the world, we will be able to say that without [rangers] you would only see lions or elephants on BBC documentaries, but because of rangers you can still go and see them in the wild,” said Jack Ma, the founder of Alibaba and co-chair of Paradise International Foundation.

The awards are an important way to recognize the often difficult and dangerous work rangers must face as well as their personal dedication to conservation. A 2016 survey of 570 rangers by WWF found that 75 percent were threatened by community members or others, such as poachers, and 82 percent had faced a life-threatening situation.

Many of the awards reflected this perilous situation. Five of the winning rangers were deceased at the time of the ceremony and the other winners have nearly been killed themselves.

Among the other recipients of the first Park Ranger Award includes Voster Mweene, who was forced to move because of death threats against him and his family, Fernando Sebastene Junuario Macamero, who helped clear 2,277 illegal gold miners from Niassa and lost vision in one of his eyes after evacuating a prosecutor during a riot, and Rodrigue Mugaruka Takembo, who has been tortured in the line of work and went undercover to witness a Western company offering bribes to search for oil in national park.