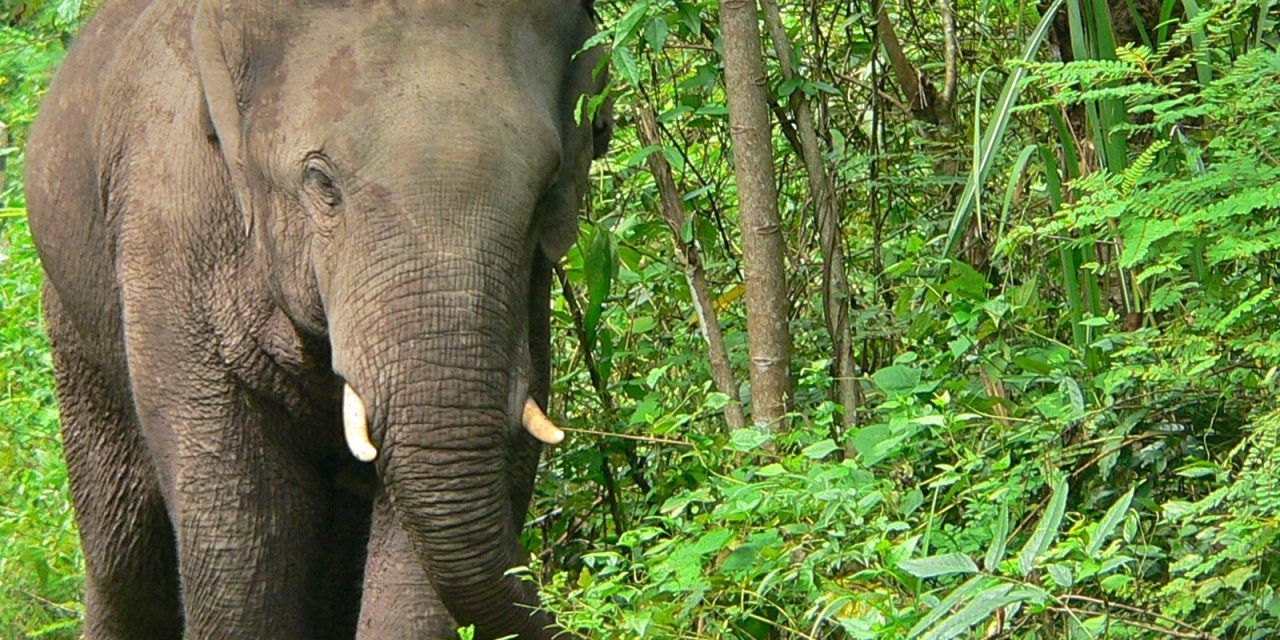 A recent study has discovered that elephants in Thailand play an important role in the seed dispersal and survival of an important jungle tree, Platymitra macrocarpa – commonly known as the Thai Annonaceae tree.

Researchers focused on this tree within the Khao Yai National Park and found that although elephants only eat three percent of the tree’s fruit, they dispersed an amazing 37% of the seeds to create viable seedlings.

Although other animals in the Thai ecosystem – such as deer and bear – help disperse these seeds, the number of seedlings that survive from these animals is considerably smaller. Unlike elephants, they must consume much more of the fruit to achieve the same success rate.

The high percentage of seedlings that survive when spread by elephants is thought to be due to the fertile nature of the elephant’s droppings. Whereas sambar deer regurgitate the seeds, offering them no protection from the problematic bruchid beetles, the seeds pass through the elephant’s digestive system and are both protected and fertilised by a generous amount of poop.

“Overhunting in the tropics often drives large animals locally extinct but leaves smaller species like rodents,” said Jedediah Brodie, chair of conservation in the Wildlife Biology Program at the University of Montana. “This study shows that those smaller animals just are not able to replicate the ecological role of the larger species.”

This important research shows just how beneficial elephants are to their ecosystem. People often cite their destructive nature when trying to validate population control and trophy hunting. While it is true that a herd of elephants can make quick work of foliage, roots, bark and grasses, they are also an integral component of the forest’s survival, by transporting important seeds throughout wide areas and helping them to regenerate.

Although the study only looked at one particular tree, every species of flora is integral to the delicately balanced ecosystem it inhabits. For example, if this tree were unable to survive and couldn’t be dispersed throughout the forest by animals such as elephants, there could be major effects down the line for other species that rely on it to survive.

“If less vulnerable large herbivores such as deer are unable to replicate the seed dispersal role of threatened mega-herbivores such as elephants, megafaunal fruit could suffer range contractions, affecting forest community composition and potentially forest carbon stocks,” says Kim McConkey of the National Institute of Advanced Studies in Bangalore, Thailand.

Just one more reason to protect the majestic elephant from poaching and other human threats.