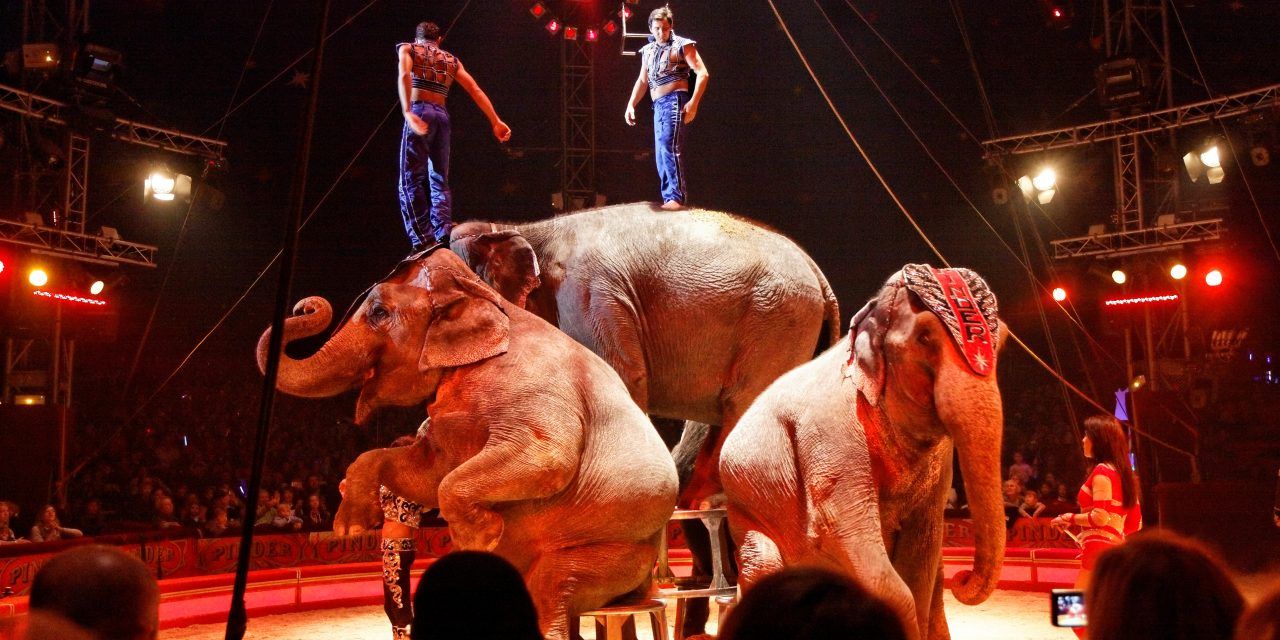 A circus truck overturned on a highway in Spain, killing one elephant and injuring two others inside. The truck was transporting five elephants to their next performance location of the Circo Gottani. The tragedy has reinvigorated the push to end the use of animals in circus performances in the country.

The driver of the truck was overtaking another vehicle on a highway near Madrid when he lost control. The truck overturned, leaving the driver uninjured and releasing the surviving animals onto the highway. Police tweeted ‘Elephants loose on the tarmac’ as people filmed them grazing on the side of the road.

The Circo Gottani show features elephants and big cats like tigers. Forced to perform tricks in front of crowds, non-performance time is spent locked in small cages or in chains. The elephants are trained to perform ridiculous stunts that put them in unnatural positions. Standing on their hind legs on a stool while balancing things on their heads is common. This puts tremendous pressure on the hind legs. One of the elephants from the crash is still in line to perform tricks like this, despite an injured leg.

The tricks may look easy and amaze human audiences, but the reality is torturous training, depressing and boring hours spent in tight confinement, and terrible living conditions. Elephants are often beaten with bull hooks to control them, big cats live in tiny cages, and horses and camels are worked to the point of injury. As this story reveals, travel can be uncomfortable at best and deadly at worst.

As we mourn for the loss of life, we hope this tragedy will help to raise awareness of the brutal conditions of other animals for the sake of entertainment. The Animalist Party Against Mistreatment of Animals, or Partido Animalista Contra el Maltrato Animals (PACMA), has already obtained over 185,000 signatures protesting the use of animals in circuses in Spain. The group is investigating a possible legal action for “irregularities” in the transport of the elephants. Also, over 200 people gathered at a rally to ban circuses with animals at the Ministry of Agriculture and Fisheries, Food and Environment. Thirteen circuses in Spain use animals in their shows, though some areas of the country have bans in place.

Though some circuses in the United States have ceased using wild animals in their shows due to local bans and public outcry, we still lack a federal law to stop the cruelty. Nineteen other countries, including Mexico, have official bans on circuses’ use of animals. Plus, the UK has pledged to end all circus wild animal acts by 2020.