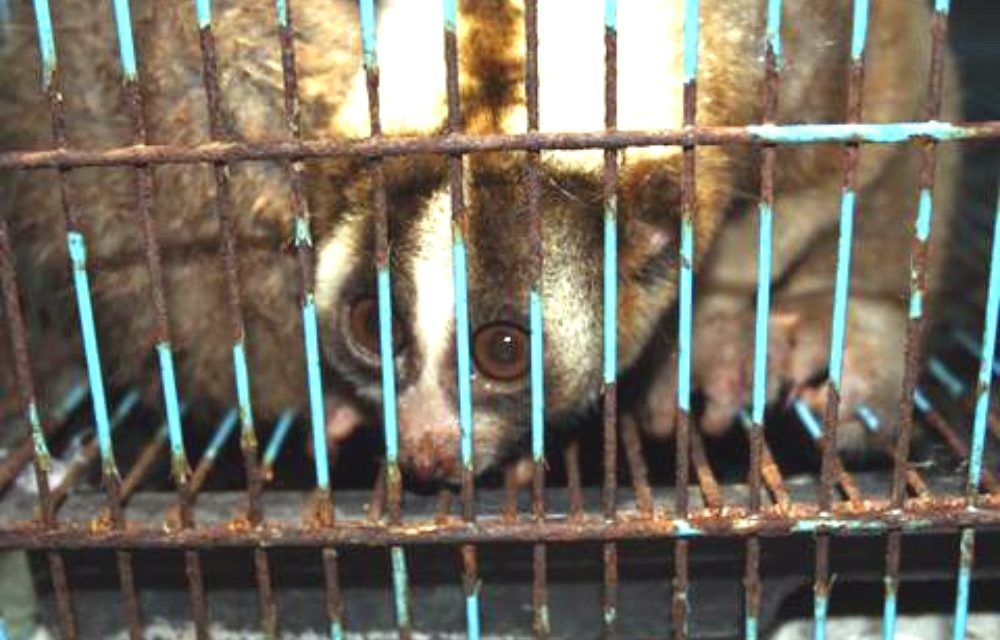 Nine Javan slow lorises have been rescued from an illegal trader in Indonesia. After receiving a tip on social media, the Indonesian Ministry of Environment and Forestry apprehended the trader for the cruel and unlawful practice in Kediri, East Java on July 13, 2017. 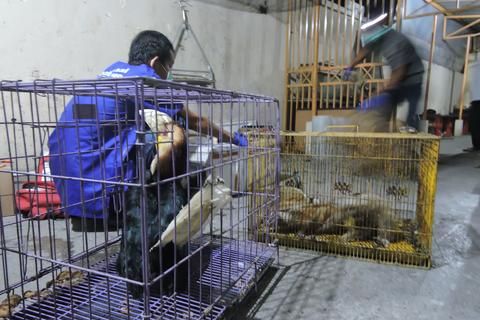 The slow lorises, five males and four females, were found in near-death conditions. Many had their teeth cut, a practice done to evade their venomous bite, and injuries from being packed tightly into boxes. The trader was also found with a wreathed hornbill, which was suspected to be destined for China. 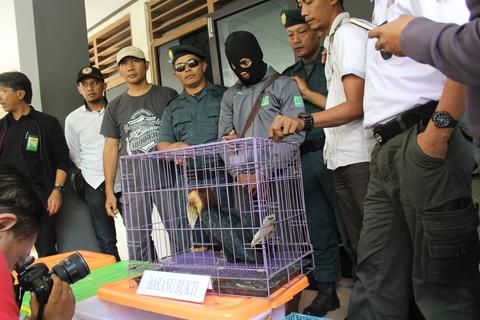 “The lorises are all suffering from stress, dehydration and hunger,” said veterinarian Imam Arifin. “Packed together so tightly, with so little air and no food or water, it is a miracle that the poor creatures survived – and no wonder they are now so stressed and in such poor physical condition.”

Benny Bastiawan is the Head of Law Enforcement for the Ministry of Environment and Forestry in Indonesian area of Java, Bali and Nusa Tenggara Region. He stated the trader is being questioned about the presence of the industry on social media, as that has provided a new, expansive market for the trade. 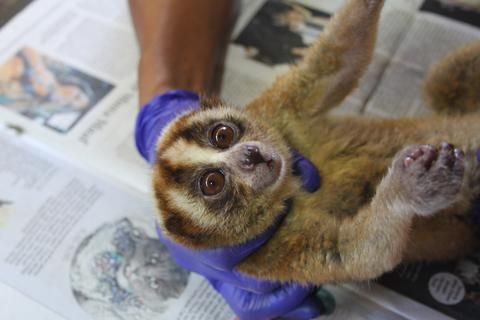 The International Union for the Conservation of Nature (IUCN) has classified slow lorises, including Javan, Great, Philippine, Bengal, and Pygmy, as “critically endangered.” As the illegal pet trade and hunting of slow lorises increase, these precious animals move closer to extinction.

Karmele Llano Sanchez, program director of the IUCN, states: “On average three slow lorises are taken from the wild each day to supply the illegal pet trade and of these, one is likely to die before it is even sold. If the species is to survive, it is vital that the trade is stamped out. It causes immeasurable suffering to individual lorises and poses a grave threat to the survival of the species as a whole. The latest confiscation must send out a strong and urgent message to traffickers and to potential buyers that slow lorises must not be captured, sold or kept as pets, and that the consequences for continuing to trade in them will be severe.”

Although cute, slow lorises are not suitable pets for many reasons. They are nocturnal. They have a venomous bite, and thus as pets their teeth are cut. They eat a complex variety of fruits and vegetables in the wild, a diet often not catered to in captivity. They love to travel. Simply put, they belong in the wild.

Hopefully this incident can serve as a wake-up call to those who are involved in or are supportive of the trade, as drastic measures must be taken in order to save the beautiful primates from utter extinction.

SIGN: Justice for Cat Slammed On Concrete and Left to Suffer in Dumpster 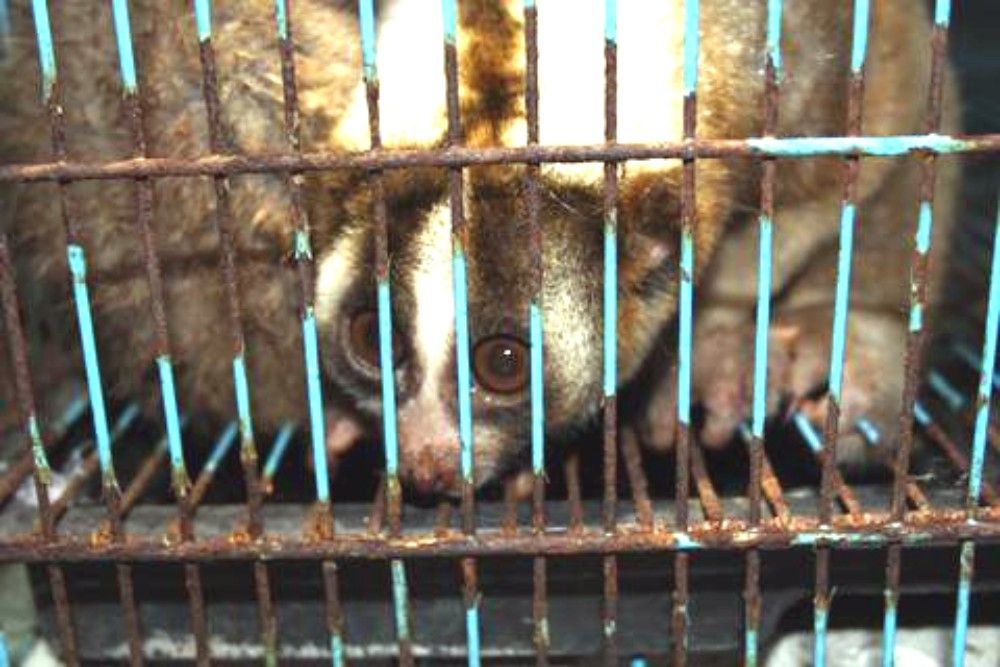