SIGN: Take Dog Meat Off the Menu in Restaurants of Seoul 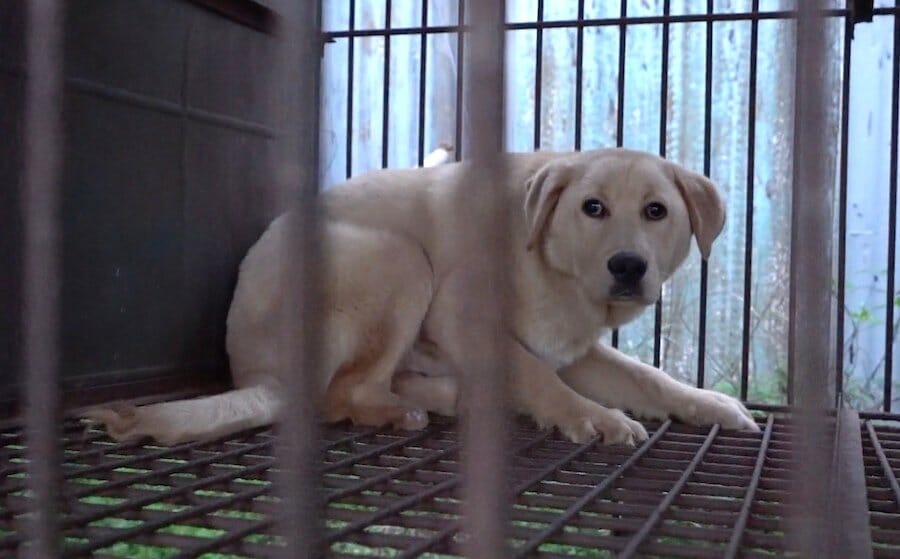 UPDATE (3/7/2022): The Seoul Municipal Government (SMG) clarified to Lady Freethinker by email that Yang Min-gyu’s bill is asking the mayor to promote the creation of a “no dog meat culture” in Seoul, led by the Seoul Metropolitan Council and its affiliated organizations.

They added that Korean government agencies — the Ministry of Food and Drug Safety, the Ministry of Environment, and the Ministry of Agriculture, Food and Rural Affairs — conducted an investigation in February regarding the issue of dog meat, reviewed the status of dogs raised, distributed, or consumed for food purposes across the country, and is using that information to draft a plan to establish animal welfare-related policies.

We applaud the SMG for this preliminary work and will continue to watch this case. —Lady Freethinker Staff

Millions of dogs suffer horrific cruelty every year in S. Korea’s dog meat trade, only to be butchered and eaten in a dwindling practice increasingly condemned by a majority of South Koreans.

These innocent canine victims come from all walks of life — snatched off the streets, bred in brutal dog meat farms, and even stolen from loving families — and their last moments on this earth are horrific, with hanging a common slaughter method.

A new bill, proposed by Seoul City Council Member Yang Min-gyu, seeks to end this cruel practice within Seoul’s city limits by banning restaurants from serving dog meat. If passed, the legislation could pave the way for a nationwide ban.

This critical and life-saving bill could not come at a better time. More than 80 percent of South Koreans polled said they wouldn’t eat “meat” that comes from dogs, and 59 percent said they would support a ban of consumption of dog meat altogether, according to a recent survey.

As of 2019, there were fewer than 100 restaurants serving dog meat in Seoul. Meanwhile, sales continue to fall, leading slaughterhouses and auctions to close across the country.

The dog meat trade’s days are clearly numbered in South Korea. It’s time to fast-track that change and usher in a new era.

Sign this petition urging the city of Seoul to aggressively support the proposed ban and so save countless innocent lives.