SIGN: Justice for Hundreds of Dogs Stolen for Slaughter by Dog Meat Gang 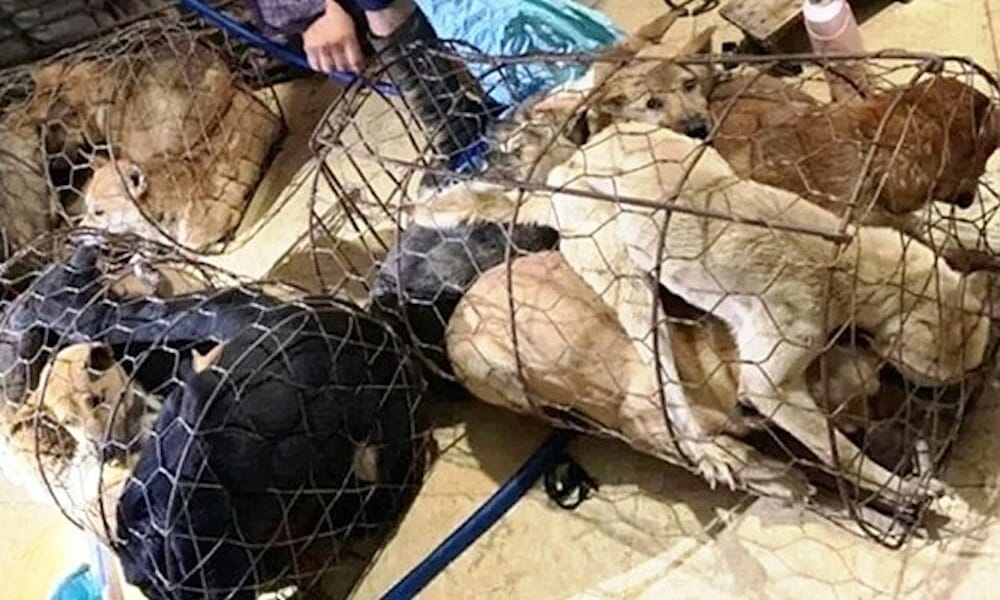 Vietnamese police have caught a gang of criminals responsible for stealing hundreds of dogs off the streets for the dog meat trade. The criminals noosed dogs with lassos, shocked them until they convulsed, and stuffed them into sacks with the intention of selling them to dog meat restaurants.

So far, 16 individuals have been arrested.

This gang — armed with stun guns and sharp weapons – cruised the streets of Thanh Hoa province and snatched dozens of innocent dogs every night. Many of these animals were beloved pets.

Police were able to save 40 dogs when they apprehended the gang.

Dog theft is seldom taken seriously in Vietnam unless the dogs reach a certain monetary value. However, with rising incidences of villagers attacking suspected dog thieves, authorities are beginning to step up and take the issue seriously.

The theft, torture, and slaughter of dogs is unacceptable, and Vietnamese authorities need to take all practicable steps to stop these gangs.

Sign this petition urging Ambassador Ha Kim Ngoc to urge his government to make a thorough investigation and prosecute every single person involved, sending a message that this behavior will not be tolerated.