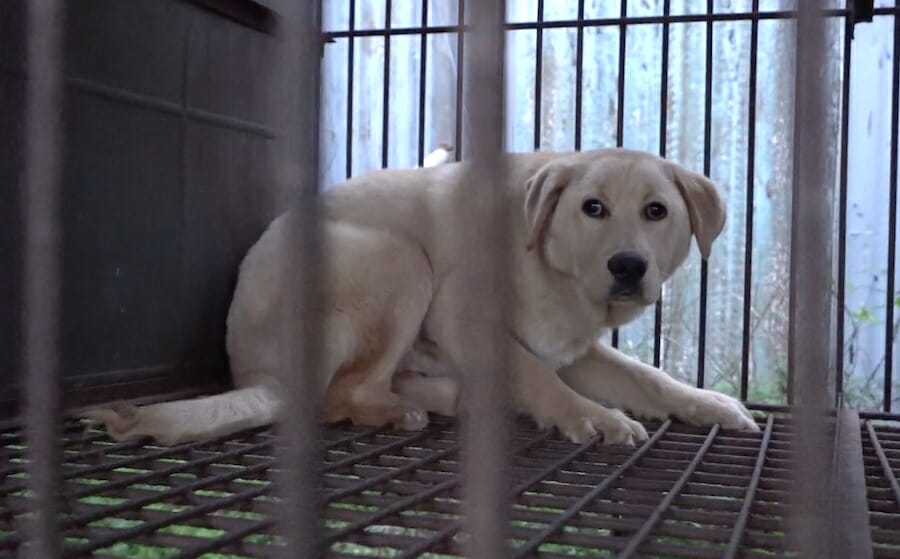 Lady Freethinker (LFT) has received confirmation that the illegal dog meat auction house in Icheon, S. Korea exposed by our 2021 undercover investigation is set to be shut down and demolished. The decision follows a petition delivered to local officials by LFT partner Nami Kim of Save Korean Dogs. Thank you to all who signed the petition to save dogs from being sold to slaughter!

A translation of correspondence sent originally in Korean from the Icheon Agricultural Technology Center to SKD said that a review of civil complaints and a petition for the closure and removal of the dog meat auction resulted in decisive action.

“The owner has been instructed to dismantle the facilities inside the dog meat auction house and ban the operation,” the agency said, according to the translation. “In the future, if continuous illegal acts are found in the same case, we will take administrative measures.”

An undercover investigator working for LFT captured photos and video of horrific conditions at the dog auction in Seolseong-myeon, Icheon City in May and June, including dozens of dogs in cramped metal cages, workers pulling dogs out by their necks, and a worker swinging a shovel at a caged dog’s head.

While confusing laws allow dog farms in the country, our investigators determined that the facility’s lack of required waste treatment facilities on site and an agricultural zoning, which didn’t allow for commercial activity, clearly made this specific site illegal.

Save Korean Dogs (SKD) hand-delivered our petition, signed by more than 33,500 people, to Korean authorities in June and continued to relentlessly urge officials to close the auction house for violations.

The auction house currently is slated for demolition in the first week of March, said SKD Founder Nami Kim.

“I was able to do this as LadyFreethinker provided the evidences with the undercover videos and the signatures,” she told us. “The City officials were determined to shut that down whenever I spoke to them after my delivery of the petition signatures.”

South Korean officials with the city of Icheon could not be reached for comment. 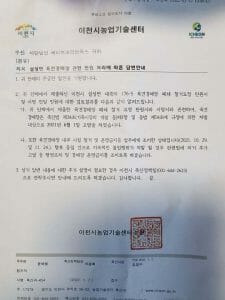