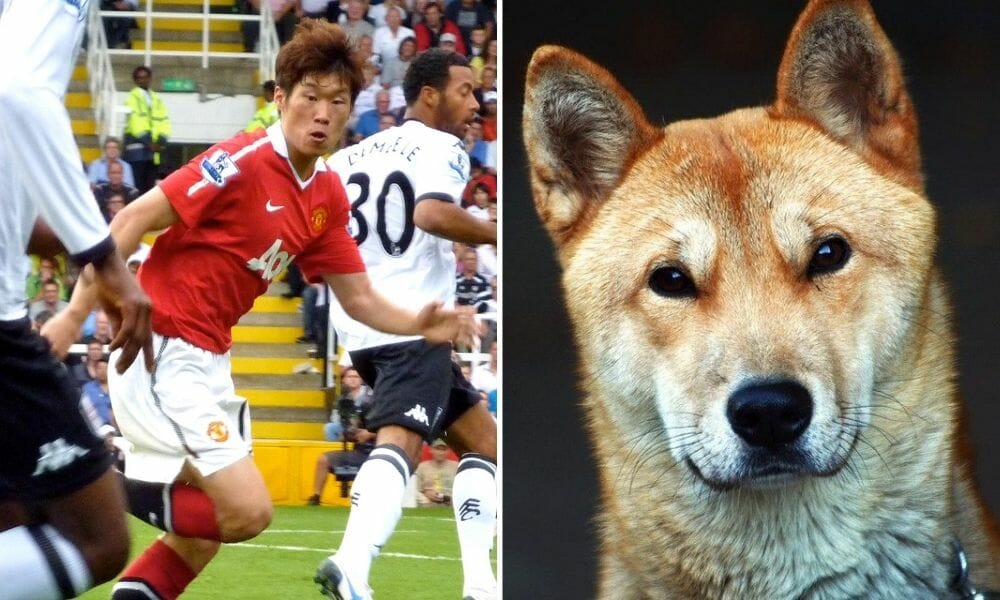 Fans created the song for Park, a former Manchester United soccer player, when he joined the club in 2005. The controversial lyric also refers to Scouse, a dialect associate with the Merseyside area of England, and goes: “Park, Park, wherever you may be, you eat dogs in your own country. But it could be worse. You could be Scouse, eating rats in ya council house!”

Park said he felt like he had to accept the song at the time, despite his discomfort.

“I never thought the fans created the song with bad meanings,” said Park, now retired, during an interview on the club’s official podcast. “They always make  [songs] to give some energy to the players. That’s my thought. That’s why I accepted it.”

But he felt compelled to speak up after hearing Manchester United fans singing the song this past summer when a Korean player was introduced.

“I also feel responsible for the young people who are still discriminated against as Asians or Koreans, and struggling with that kind of discomfort,” Park said. “In Korea, things have changed a lot. It is true that historically we have eaten dog meat. But these days, particularly the younger generation, they really dislike it. The culture has changed.”

Most Koreans do not eat dog meat, and many now view the consumption of dog meat as animal abuse rather than tradition, according to news reports from the BBC and Korean Times.

South Korean President Moon Jae-In, a dog lover, also reportedly told the country’s prime minister that it’s time to consider a formal ban on all dog meat consumption in the country — showing the tide of change is happening at the highest levels.

Lady Freethinker applauds Park for speaking out against racial stereotyping, as well as all of the compassionate animal advocates in S. Korea who are working hard to protect dogs and other animals.