Yet Another Endangered Right Whale Dies Tangled in Fishing Gear 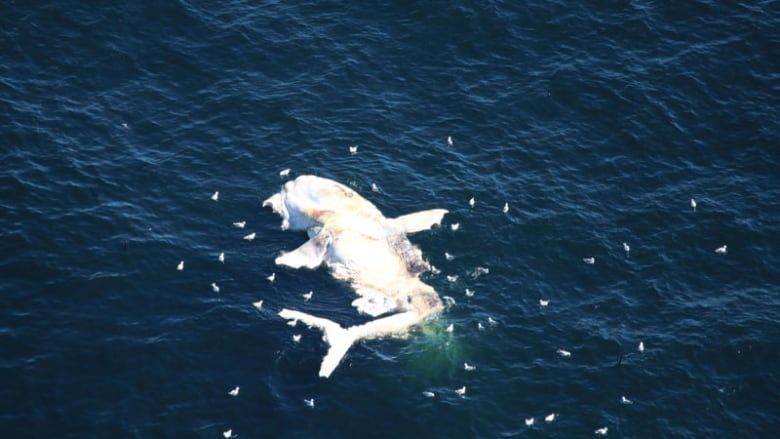 With only around 400 North Atlantic right whales left on Earth, every death is a blow to the endangered species. Now the third death this year has been confirmed. Spotted October 14 off the coast of Massachusetts, the 35-foot male was thought to have died from entanglement in fishing gear.

Although the carcass was decomposing and it was difficult to conclusively state the cause of death, the National Oceanic and Atmospheric Administration (NOAA) said, “The carcass is severely decomposed, but photographs show multiple wounds indicative of human interaction. The initial examination revealed marks consistent with entanglement.”

Entanglement occurs when fishing gear like gill nets and thick line running between crab and lobster pots come into contact with sea animals. Whales will inadvertently swim into these lines, becoming entangled by the flippers, tail, and even mouth. The whales cannot break free of the strong line and may be entangled for years. Some drown. Some starve. Adding insult to (literal) injury, the worst part about the right whales’ plight is that the lines that cause deadly entanglement aren’t even the only option for fishermen. Lines that are heavy and lie on the bottom of the ocean floor are one option. Colorful vertical lines may be easier for the whales to see and avoid.

In April researchers went on a mission to save an entangled whale named Kleenex. She had become entangled with a thick fishing line around her jaw and was losing weight. Unfortunately, the team was unable to completely sever the line, though they did damage it somewhat. Kleenex was one of the most successful right whale mothers, having birthed at least eight calves.

A worrying fact came to light earlier this year: no right whale calves have been spotted in an annual count. This indicates that more than entanglement is taking its toll on the species. Climate change, noise pollution from ships and boats, and ship strikes are also all dangers to the whales.