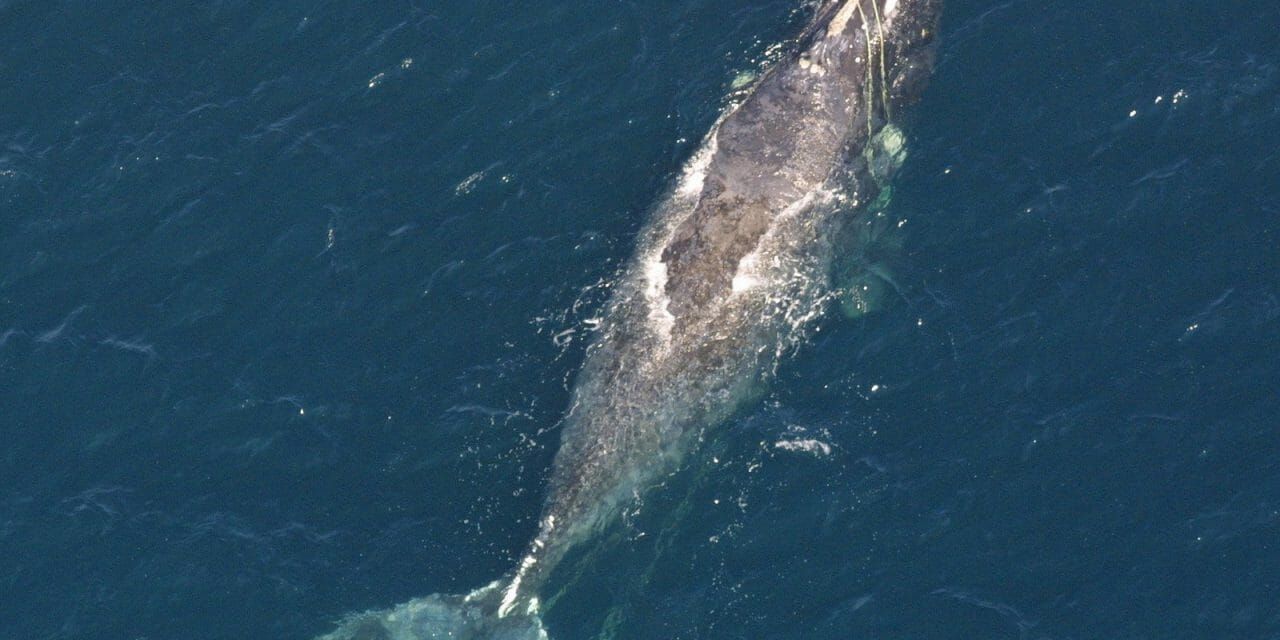 The U.S. government is failing to protect the few remaining North Atlantic right whales, who are at dire risk of extinction. NOAA (National Oceanic and Atmospheric Administration) released a report last year describing an unusual mortality event (UME) of the species. So far, no steps have been taken to help them. But three nonprofit groups dedicated to wildlife are fighting for the whales, suing the Trump administration for their inaction.

An unusual mortality event (UME) is defined by the unexpected die off of marine mammals. This is a big deal for the North Atlantic right whale. Once numbering in the thousands, the whales were hunted to near extinction in the Northern Atlantic by the late 1800s. In an amazing feat of survival, the species has persisted until today, totaling to around just 400 individuals.

What’s causing them to die? There are a lot of factors in play, the biggest threat being “chronic entanglement.” Right whales swim towards the surface of the ocean water, putting them at risk of becoming entangled with fishing line and gear as well as exposure to boat strikes. Lobster traps that are strung together in a line are the worst culprits. Whales can get infections, lose limbs, and even drown because of them. (Alternative traps without line exist, so these deaths are needless.) Noise from boat motors interferes with finding food and communicating socially. Adding even more urgency to the problem, no calves have been spotted this year, a first since scientists began monitoring the whales.

Deaths of the whales in Canadian waters prompted almost immediate action. In response, the Canadian government ordered boats to slow down to 10 knots when whales are in the area. A simple and effective action that the U.S. has shown no signs of repeating.

The lawsuit was filed by the Center for Biological Diversity, Defenders of Wildlife, and the Humane Society. According to the suit, the Department of Commerce, under which lies NOAA, has failed in their obligations under the Endangered Species Act of 1973 and Marine Mammal Protection Act of 1972. Specifically targeting the North Atlantic lobster fishery, the suit could bring about specific action to benefit the whales. But instead of simply taking this action on their own, the Department of Commerce will “defend against [the suit] vigorously.”

Sadly, it’s not just the right whales that are dying. If you Google “unusual mortality event whales,” results will also come up from NOAA for humpbacks, fins, and minkes, all within the last few years.

Seven out of the 13 great whale species are endangered. To give these creatures a chance will take a combined effort of conservation groups, the fishing and shipping industries, and U.S. and Canadian governments. It shouldn’t take a lawsuit to get the government to take action.