1,000 Lucky Chickens Saved from ‘Depopulation’ Are Now Safe At A Sanctuary 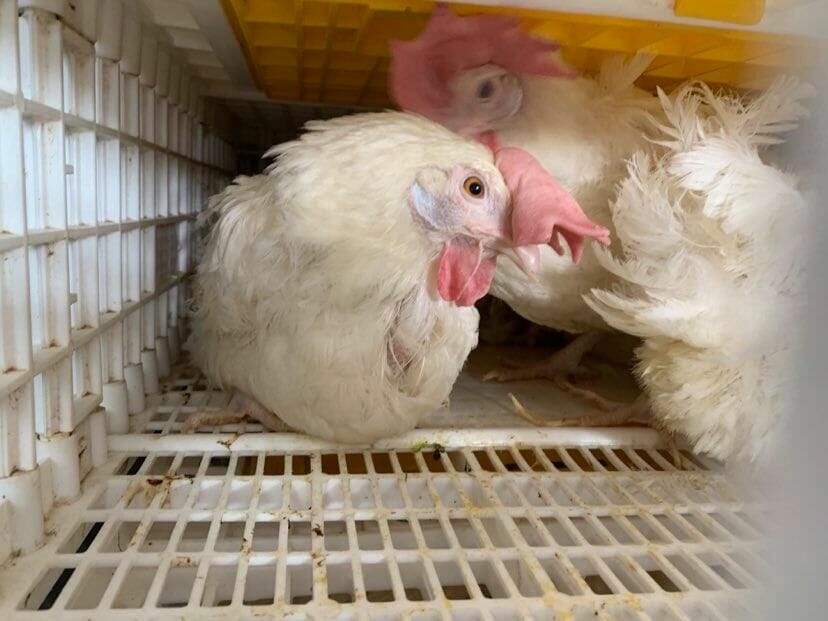 As factory farms throughout the United States kill off “excess” animals amid the coronavirus pandemic, 1,000 lucky chickens narrowly escaped death at one Iowa egg farm.

The hens, who were going to be “depopulated,” got a second chance at life when they were flown via privately chartered planes to their new home at Animal Place’s Grass Valley sanctuary in California, courtesy of a generous anonymous donor.

Millions of farmed animals are being killed due to infected people not being able to safely go to work, slaughterhouse closures and supply chain disruptions. The egg farm that surrendered the hens announced its willingness to give animals away rather than move forward with a plan to kill 140,000 chickens with carbon dioxide. Local activists quickly contacted Animal Place, which specializes in large-scale rescues.

Rescuers, including two Animal Place staff members who drove nearly 30 hours from California to the egg farm in Iowa, encountered a devastating scene: chickens stacked four to five cages high, 10 hens per cage. Due to shortages, the birds were not fed for at least a week prior to the rescuers’ arrival, and dead hens littered the barn aisles.

The 1,000 survivors were flown from Fort Dodge, Iowa to Truckee, Calif. where rescuers are nursing them back to health and will adopt them out to backyard flocks throughout the state’s northern region. Those who are too ill for adoption will receive lifelong care at Animal Place’s sanctuary.

“The entire process, from the 27-hour drive, arriving at the farm at 3 a.m., loading and unloading full crates from the planes and vehicles, and going straight to caring for them once we arrived at the sanctuary was the most exhausting experience I’ve ever had,” Animal Place’s animal care director Hannah Beins said. “I would do it again in a heartbeat, because until their rescue these hens never got to touch grass or feel sunshine, and now they can live out the rest of their lives as chickens should.”