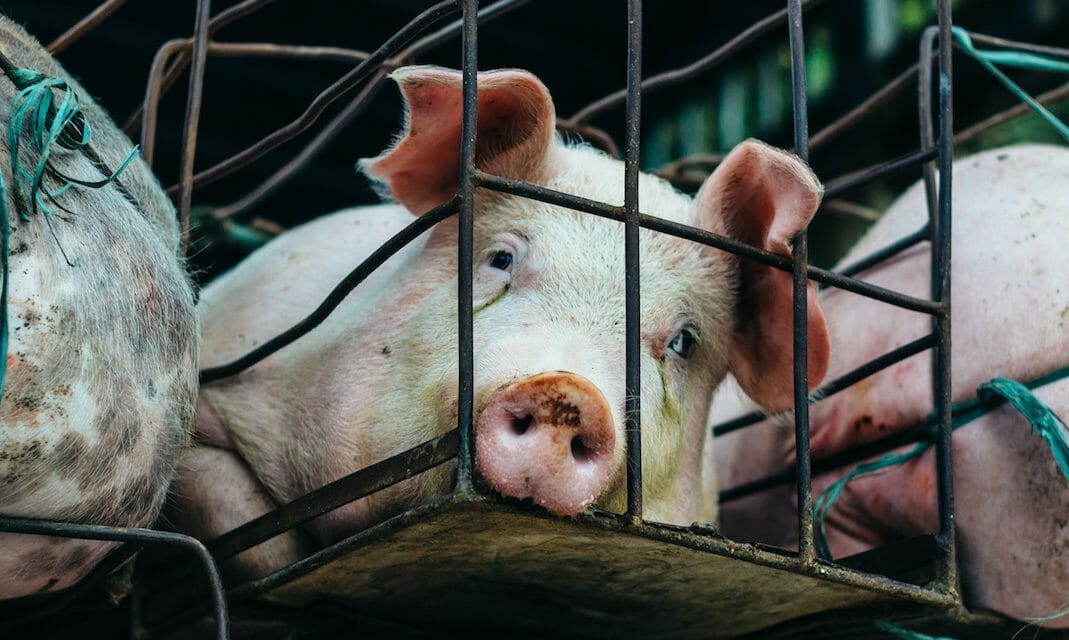 UPDATE (12/15/2021): This bill has been re-introduced in the 117th Congress. To sign our updated petition, please click here! Thank you to the more than 32,700 people who signed this go around; we will keep fighting for this to pass!

Each day, over 25 million animals die for food the United States. Most are bred on cruel, filthy factory farms, where young pigs, chickens and cows endure intense suffering in warehouse-like conditions for the sake of cheap meat. Factory farms are hell on earth for the animals forced to live there.

On swine farms, mother pigs are held in gestation crates for their entire pregnancy — up to five months trapped by metal bars, without enough room to even turn around. When the baby pigs are born, they’re quickly weaned off their mother’s milk, and the sows are impregnated again. After a few years, the mother pigs are deemed “spent,” and shipped to slaughter.

Egg-laying hens are stuffed into battery cages with so many other chickens they can’t spread their wings; their beaks are broken off so they can’t peck one another. Male chicks in the egg industry are sorted and thrown into a grinder after hatching, crushing all of the bones in their tiny bodies. Those raised for meat are grown so rapidly their legs break or their hearts give out.

For dairy, cows are impregnated over and over. When their babies are born, mothers are ripped away from their newborns and sent back to work on their next artificial insemination. The female calves are raised into the same torture, while the males are shipped off to veal farms or killed immediately after birth. 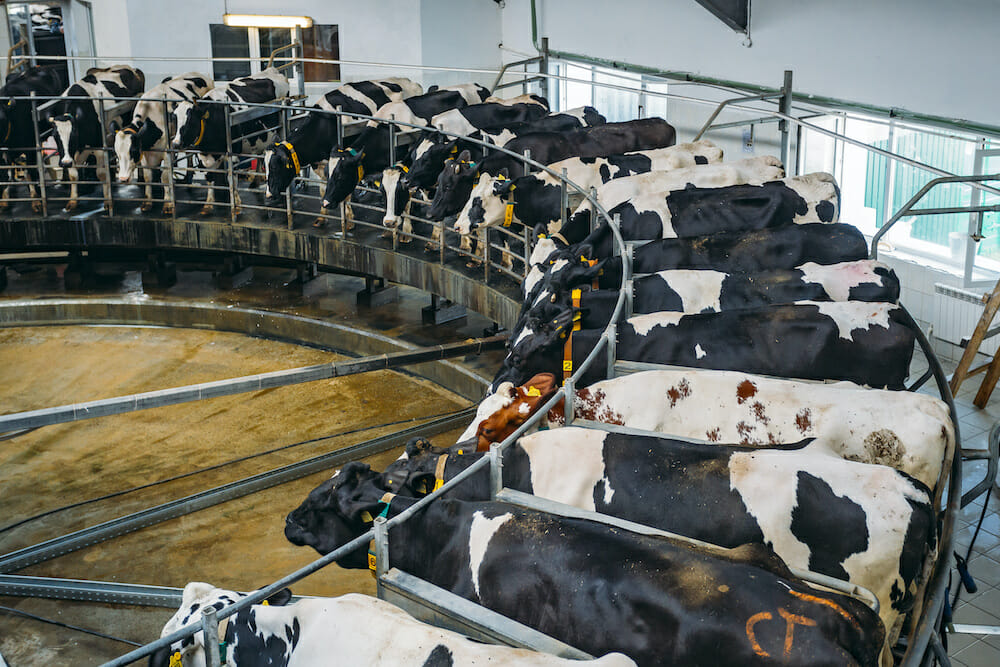 These filthy, crowded  conditions pose a serious threat to human health. Factory farming has led to the rise of both methicillin-resistant Staphylococcus aureus (MRSA) and salmonella. And a recent UN report suggests that by 2050, over 10 million people per year could die from drug-resistant diseases — making them deadlier than cancer.

In 2009, the swine flu (H1N1) jumped from pigs to humans and killed anywhere from 151,000 to 575,000 people globally, according to CDC estimates. Since 2013, at least 600 people have died from various bird flu viruses, like H5N1 and H7N9. Just like the wet markets that spawned the coronavirus pandemic, factory farms are the perfect environments for the spread of zoonotic diseases with humans interacting with stressed, sick animals on a daily basis.

This is a matter of life and death for both animals and humans, and the Farm System Reform Act of 2019 recognizes that. The bill would put an immediate moratorium on all large concentrated animal feeding operations (CAFOs), or factory farms.

Sign this petition urging the U.S. Congress to ban factory farming in the United States, advancing toward a more humane, sustainable and healthier food system.