Home » Animals » ‘Zombie Cat’ Who Survived Being Buried Alive Is Now Thriving in His Loving Forever HomeBy Katie Valentine | May 3, 2021 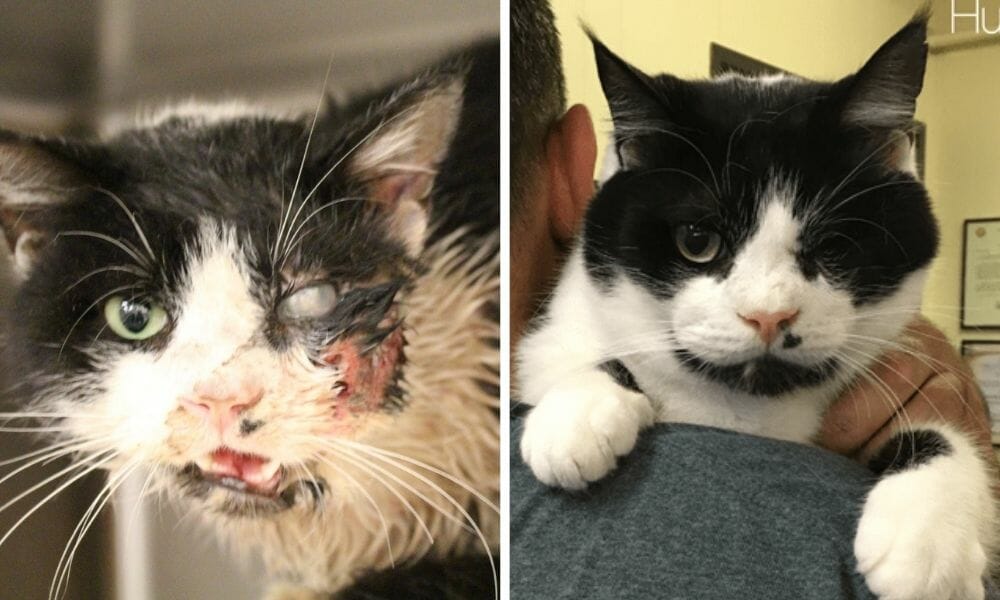 Bart, a cat buried alive by a former guardian who mistakenly thought he was dead, is now fully recovered and thriving in a new forever home.

Found in Tampa, Fla., in 2015 with severe injuries from getting hit by a car, Bart appeared to have been killed. His pet parent at the time laid him to rest in his yard.

Five days later, the badly-mangled feline entered a neighbor’s yard in search of food, very much alive but in serious need of emergency care.

Unable to afford the expensive medical costs, Bart’s guardian went to the Humane Society of Tampa Bay, who took the cat in and gave him intensive life-saving treatment.

Dubbed the “Zombie Cat”  by media for coming back from the grave, Bart received blood transfusions, dental work, and surgery to repair a split palate. He was on a feeding tube as he healed from a shattered jaw that was wired back together. He also had his left eye removed.

“This cat had a will to live,” Humane Society Marketing Coordinator Nash McCutcheon told the Tampa Bay Times. “He was not going down without a fight. It took him months to recover. He was depressed, couldn’t eat well and a lot of other animals may have just given up. He didn’t.”

Valerie, an employee who fostered Bart during his long road to recovery, adopted the cat in 2016. Bart quickly took to her three other cats and settled in at his new, loving forever home.

Five years later, Bart is thriving, Valerie said in an interview with Today.

“He has by far the best personality. He is the first one to go to the door and greet whoever comes through that door,” she said. “He’s just always happy-go-lucky Bart. He’s just the coolest cat — he really and truly is.”