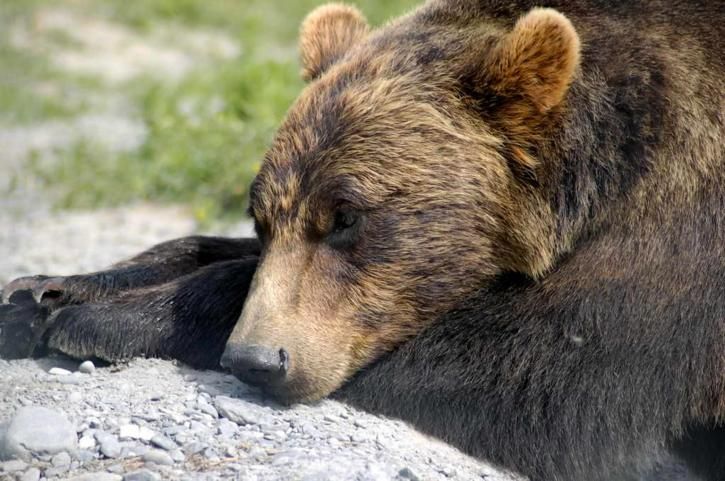 Less than a year after Yellowstone National Park grizzly bears were removed from the Endangered Species list, Wyoming is trying to kill 24 bears.

“Grizzly bears have met or exceeded recovery objectives since 2003 and have long warranted delisting,” the Governor of Wyoming Matt Mead said shortly after the bears were delisted. “Thanks to the team effort, grizzlies will be managed appropriately by our experts at Game and Fish.”

But in truth, the delisting of grizzlies was a poor decision that paves the way for trophy hunting of these amazing animals. And apparently, “managed appropriately” means implementing a grizzly bear hunting season, which will begin in September 2018 if nothing is done to stop it.

The decision to de-list the Yellowstone National Park grizzly quickly met with opposition. Multiple animal rights and conservation groups as well as 9 Native American tribes sued the U.S. government right away – there are at least 6 lawsuits. The U.S. government asked a federal judge to postpone them, but the judge denied the request.

The grizzly bear was listed as Endangered from 1975 until 2017. Before settlers sprawled across the U.S. their numbers were estimated to be near 50,000 and they occupied wide swaths of territory. Today, there are only about 1,800 left in the U.S. and 700 of them live in Yellowstone National Park in Wyoming.

A newly released draft of the new grizzly bear hunting season and regulations details just how the bears will be “managed.”

Different areas of the park have been broken up into 7 hunting zones, and an 8th zone that does not yet have any bear populations to hunt. In zones 1 through 6, a total of 10 male bears and 2 female bears can be hunted. To record their kills, the government will issue the hunters with electronic devices to report the sex of the bear and the zone it was killed in within 24 hours.

Two hunters will be permitted to hunt in zones 1 through 6 at a time. Once one of the hunters kills a male bear, a license will be given to the next hunter.

“Let’s just say that the first two hunters harvest male bears,” Wyoming Game and Fish Department Chief Warden Brian Nesvik told Jackson Hole News and Guide. “When they’re done, then we’ll send the next two guys or gals out the door. And we’ll keep doing that until either the season ends, the female mortality limit is reached or the total mortality of females and males is reached.”

It’s the time of year when bears begin to emerge from their dens (like this grizzly seen at Mud Volcano last spring). Several bear management closures begin today: visit https://t.co/TzNvVORYiv for a complete list. pic.twitter.com/CxsUiUdkZY

In zone 7, any 12 grizzly bears can be killed as long as they aren’t cubs or females with cubs. This final zone is also unique in that hunters will be allowed to bait, and can report their kills by calling a phone number within 24 hours instead of using a mobile device.

Not only is it cruel to kill grizzlies just for trophies and bragging rights, but hunting season could put the entire population at risk. With their food sources – cutthroat trout and whitebark pine seed – dwindling, the future for these majestic animals is precarious enough without humans gunning them down for sport.

Unlike the U.S., British Columbia banned trophy hunting of grizzly bears in 2017. The U.S. should follow their example, not strip protections for this imperiled species.

Call Wyoming Governor Matt Mead at 1.307.777.7434 to tell him grizzly bear hunting is unacceptable, or leave a comment with the Wyoming Gaming and Fish Department – we need to protect grizzly bears, not hunt them. In the meantime, boycott Wyoming tourism in defense of the Yellowstone Grizzly Bear.