How Wildlife Bridges and Tunnels are Saving Animals’ Lives 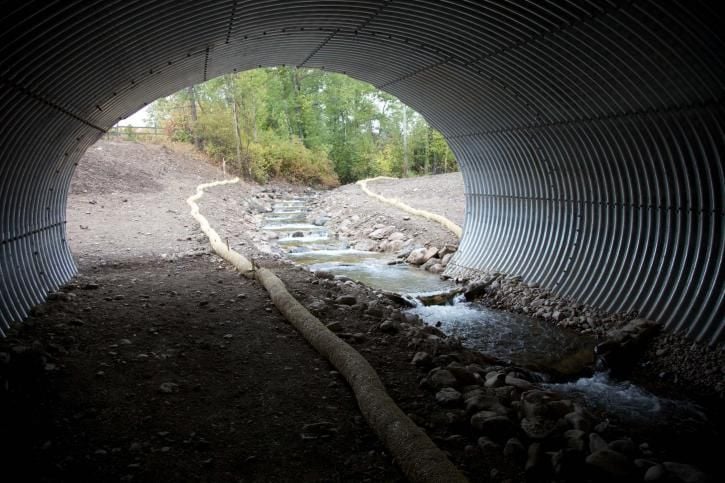 We’ve all experienced the sickening sight of a dead animal on the side of the road. Deer, opossums, raccoons, and even bears are just not evolved to avoid vehicles. Our human need for speed causes countless deaths. But there are some major efforts out there to cut back on these tragic occurrences. Overpasses and underpasses are being built on highways across the U.S. to give safe passage to animals.

Interstate 90 in Washington State passes through the Cascade Mountains, some of the wildest places in the country. Elk, deer, moose, wolves, and grizzly reside in the area and too many come into contact with the interstate and cars that speed by at 70 miles per hour. The four lanes don’t just endanger animals that happen to be in the area; they also cut through major north-south migration routes.

But thanks to a collaboration of conservationists, government, and citizens, the I-90 Snoqualmie Pass East Project has become the biggest wildlife crossing project in North America and a model for other animal crossing projects.

After a number of bridges and tunnels were built across U.S. Hwy 93 in Arizona, incidents of vehicles hitting bighorn sheep went down to almost zero. Fences along the highway funnel the animals towards the bridges and allow them to safely roam a larger territory. In addressing the issue for sheep, other animals benefited like coyotes, tortoises, foxes, and most likely others that leave no trace of their passing.

Moose Drowns in Lake, Driven to His Death by Mob for Selfies

Though construction of over/underpasses is increasing and more are desperately needed, animal crossings are nothing new. At 10 inches high and 6 inches wide, tunnels for the spotted salamanders may be the smallest wildlife crossings out there. In the 1980s, a road in North Amherst, Massachusetts blocked these small amphibians from safely reaching their mating grounds each Spring. But concerned locals and an experimental tunnel system provided new opportunities for the salamanders as well as other small wildlife.

And now, a new 15-mile stretch of Interstate 11 in Nevada includes four underpasses and one overpass to safely funnel wildlife across. Being sensitive to the various needs of different animals, the overpasses offer open air and a climb that sheep are drawn to while tunnels offer more cover for tentative species. Including wildlife crossings in new construction is a positive model for future infrastructure planning.

As human encroachment and climate change increasingly stress animal populations, these bridges and tunnels are a way to take the pressure off. And it’s working. Data from radio collars and motion activated cameras has shown the crossings are used and that everyone benefits.