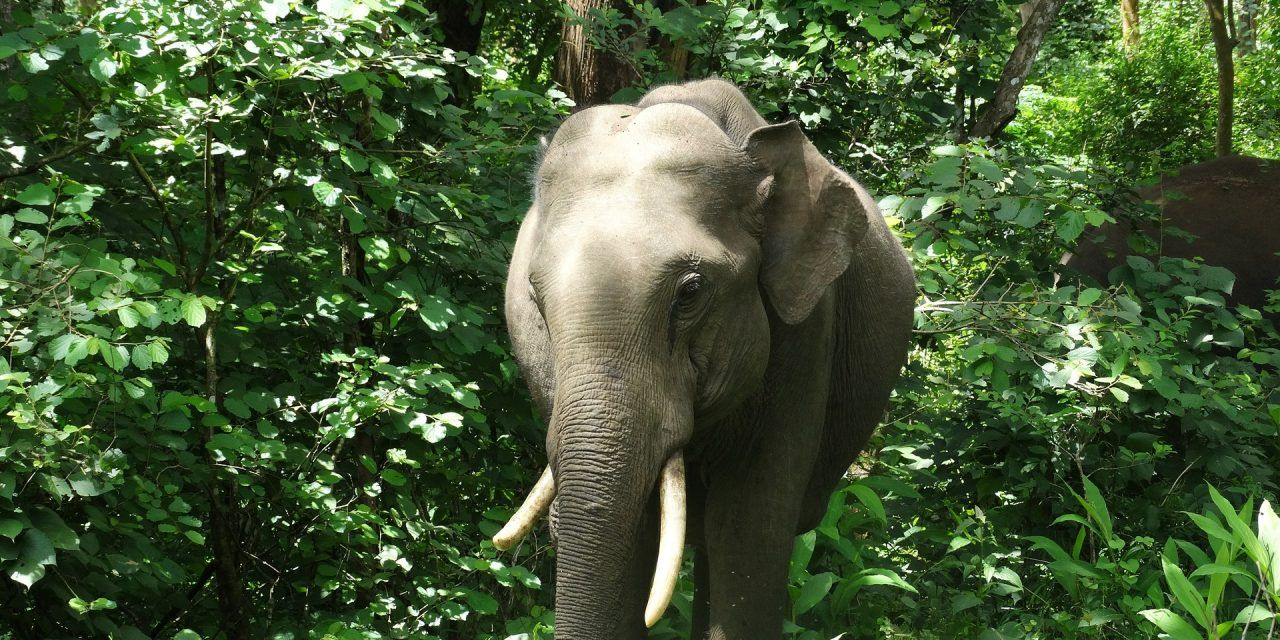 Despite efforts to reduce elephants dying in train crashes in India, negligent, speeding drivers continue to up the death toll. Two elephants were killed on Friday by a speeding train. This brings the total of elephants killed just from trains to over 10 this year.

“The animals were crossing a railway line on their way back to the jungle and the passenger train arrived at that time and hit two elephants as they were in the middle of the rail tracks, and the animals were killed on the spot,” the Wildlife Warden of Moraghat Forest Range, Seema Choudhury, told news sources.

This unfortunate incident resulted from yet another careless driver, who sped along the tracks near Jalpaiguri district. Last year, over 12 elephants were killed by trains and 16 were killed in 2016. The numbers add up. Between 1987 and 2017, 266 elephants have died after being hit by trains.

Indian officials have tried to implement some changes to reduce the number of deaths, including using an innovative strategy of using recordings of the sound of buzzing bees to warn elephants away from the tracks when trains approach.

In addition to the warning, the government has implemented speed restrictions and developed a group on Whatsapp for forest officials and conductors to better communicate about elephant locations.

Although these policies have potential, they won’t work unless drivers actually follow the speed limits.

“The railways are under pressure to keep time routes,” wildlife expert Biswajit Mohanty told the New York Times after a similar incident occurred in April. “They say to slow down, it will eat into our timing and we’ll lose our revenue. We’ve been telling them that this is a very small price to pay to protect India’s wildlife.”

Part of the problem comes from the sheer quantity of train track that runs through India – over 71,000 miles of track. In many countries, roads are the site of animal fatalities, but India’s population relies heavily on the train system. Each day, the trains transport 22 million passengers and 3 million tons of freight. While the trains are vital in connecting India’s human population, the routes cut through elephant habitats and migratory routes.

These efforts are positive, but the government could do much more. When drivers kill elephants, there aren’t many consequences, and the ones that exist are not harsh enough to seriously deter speeding.

Conservation and animal protection groups, including Sanctuary Nature Foundation, Conservation Action Trust, and Wildlife Conservation Trust, pointed this out in a joint letter to the Minister of Railways in India, writing “Due to the lack of stringent enforcement of speed limit regulations in sensitive wildlife zones and corridors and negligible mitigation measures to prevent such accidents from taking place, these gentle giants, recognized as India’s National Heritage Animals continue to suffer.”

To further reduce elephant deaths, the letter’s authors also recommend leading awareness workshops for railway workers, clearing branches and vegetation at turns to give drivers a better view, and educating train riders to discourage them from throwing food out of train windows, which attracts animals.

Train conductors have to stop speeding and pay more attention to what’s in front of them on the track. Sign LFT’s petition asking the Minister of Railways in India to take action to help drivers understand the importance of following speed limits and enforce the policies they’ve already put in place.